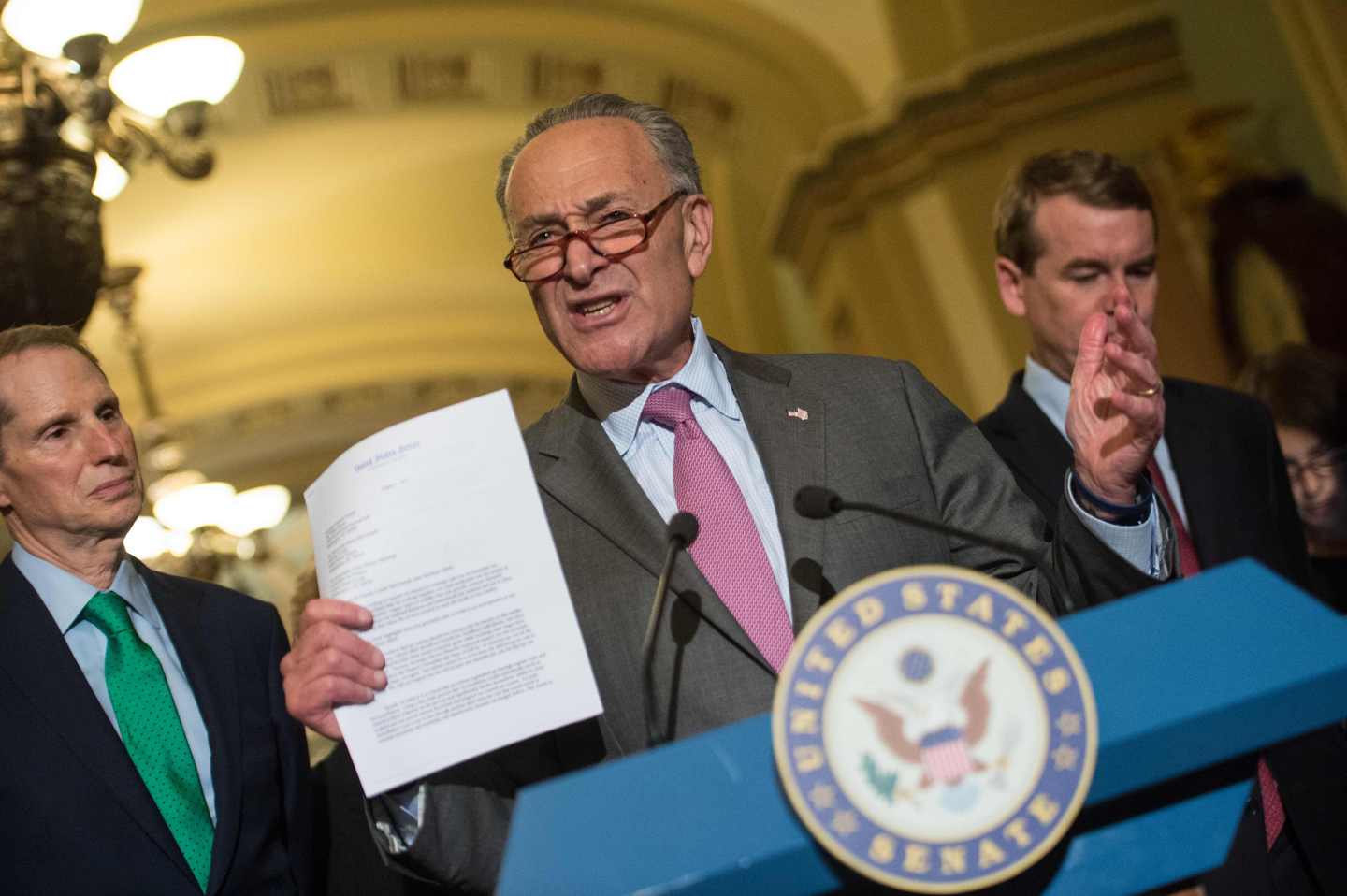 Now that the Obamacare repeal effort has stalled, Republicans are focusing on their next big priority: tax reform. GOP leaders in the House, Senate, and White House have issued a “joint statement” promising action in the coming months to create a “simpler, fairer, and lower” tax code.

What about the Democrats? In the Senate, 45 of them have sent a letter to the GOP leadership asking to be included in tax reform discussions. That sounds like a hopeful development, especially given that the last major tax reform in 1986 was bipartisan.

However, this year, with these two parties, bipartisanship on taxes is not going to happen. The GOP can and should go it alone on major reforms.

Back in the 1980s, numerous Democratic leaders pushed for tax reform, including Rep. Richard Gephardt of Missouri. He penned an essay for the Cato Institute in 1985 on the topic, and today it sounds far more Republican than Democratic.

Gephardt said that the “most important” goal of reform was to “stimulate the growth of our economy” by having “greater efficiency” in the tax code. Gephardt called for lower tax rates across the board, and he sponsored a leading bill to cut the top personal rate to just 30%. Today, the top rate is 40%, and many Democrats want it higher.

In his article, Gephardt said, “If we are going to pass a tax reform bill, we desperately need to avoid the distributional debate.” But today, distribution is the Democrats’ central theme. The recent letter from the Senate Democrats states flatly: “We will not support any tax plan that includes tax cuts for the top 1 percent.”

But why not? That group—which is chock full of job-creating entrepreneurs—pays an increasing share of the burden. In 1986, the top 1% paid 26% of all federal income taxes, and today they pay 39%.

Gephardt did push for “fairness” in tax reform, but he meant getting rid of narrow breaks that micromanage the economy and favor certain groups. “I am not qualified to act as a central planner and I do not know anybody on either [congressional tax] committee who is,” he said. Gephardt also stressed the importance of tax simplification.

With such views, many leading Democrats reached agreement with President Ronald Reagan on the landmark Tax Reform Act of 1986. The act—which closed loopholes and slashed tax rates—passed the House 292-136 and the Senate 74-23, with strong support from both parties.

Three decades later, a lot has changed. For one thing, Congress has been busy undoing the 1986 reforms—it has added narrow breaks back to the code, and it has raised the top personal tax rate from the post-1986 28% to today’s 40%.

Another change is that global business competition has intensified, prompting other nations to slash their own corporate tax rates. While the U.S. corporate tax rate—with state taxes included—has hovered around 40% since 1986, the average rate in major industrial countries has plunged from more than 40% to just 24%.

More than ever, corporations have a choice about where to locate their car factories and computer chip plants, and saving a few percentage points on taxes makes a big difference. High corporate tax rates are a problem for the tens of millions of Americans who work for big companies because it is their jobs that are on the line.

Republican leaders get this, and they are prioritizing corporate tax cuts this time around. The business community is pushing hard for reform, and Senate Republicans will follow a fast-track strategy for passage that needs just 50 votes. Even so, major reform will be a battle.

In 1985, Gephardt described a theme he saw animating support for tax reform: “We in Congress take pride in the free market system and do not want the government in the business of planning economic decisions.” We do not hear such messages from Democrats these days, so it will be up to Republicans to deliver on pro-market tax reform.

Chris Edwards is director of tax policy studies at the Cato Institute.