When Vegan Is a Dirty Word 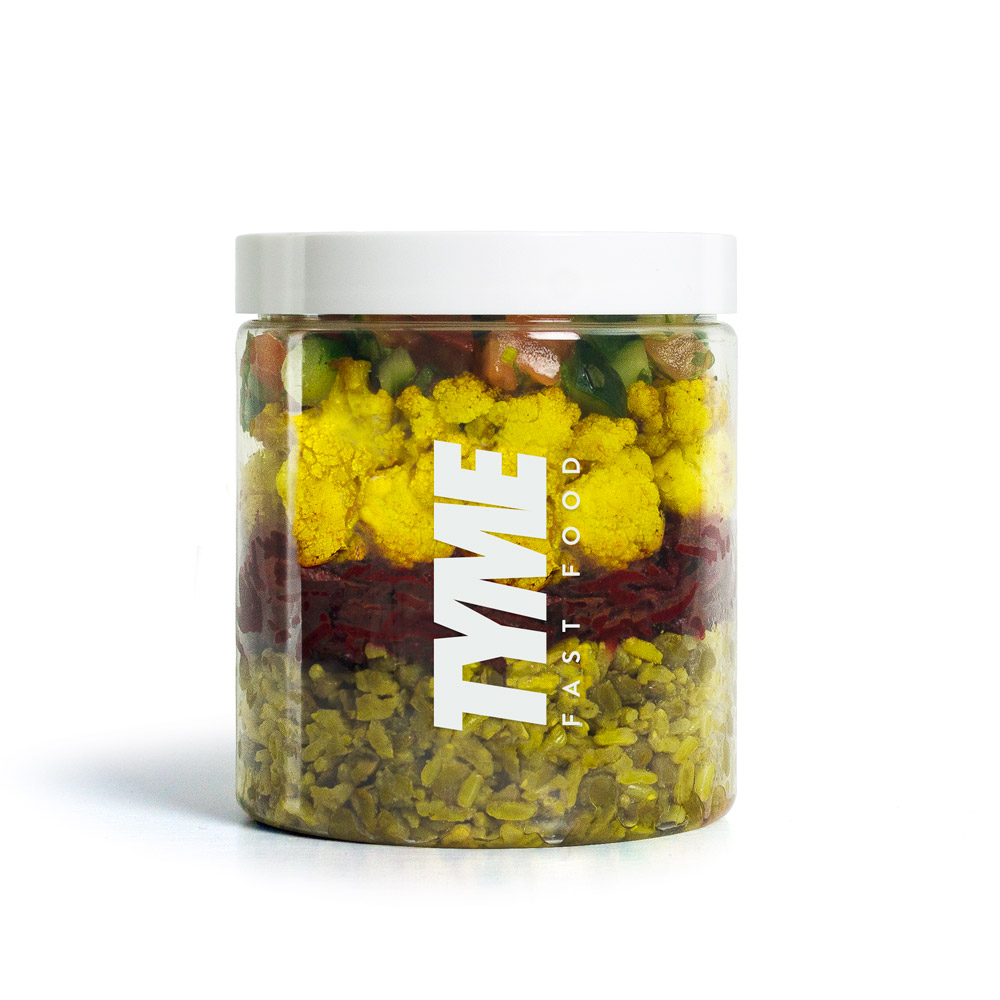 Save for the “Original” jar—which contains honey—all of Tyme’s eight available meals are vegan. But founders Phil Winser, the restaurateur behind New York City hot spot The Fat Radish, and Felipe Hallot, a former 3G Capital and Burger King executive, don’t like to describe them that way. As Windsor diplomatically puts it, that’s because the company’s main concern is taste: “It’s about creating flavor profiles that we like and are relatable.”

Such hesitancy makes sense. Americans might say they want to shift towards more sustainable eating, but strict vegetarians and vegans still comprise a small sliver of the population. (Estimates vary, but the NPD Group places it around 2%, collectively.) Revenues for products labeled vegetarian or vegan flatlined in the last year, with sales decreasing by 0.3% and rising by 0.2%, respectively, according to data from Nielsen.

This puts meatless and dairyless food companies trying to scale in an odd position. On one hand, plant-protein is cheaper than meat and can be more sustainable, a buzzy marketing claim. At the same time, naming a product vegan or vegetarian is risky—many consumers view the label as a sign the product doesn’t taste good, says Darren Seifer, a food and beverage analyst at NPD Group.

This tension has played out at companies far larger than Tyme. Beyond Meat, which is trying to create “juicy” burgers from plant protein, lobbied long and hard to get its products removed from the vegetarian “fake meat” section of the grocery store and placed behind the meat counter. Hampton Creek aggressively fought for the right to call its eggless spread mayo, in large part to appeal to an audience beyond vegans. And while none of the items on quinoa-based fast food chain Eatsa’s menu contain meat, the company has gone out of its way not to advertise itself as either healthy, sustainable, or vegetarian.

Despite the above, at first I didn’t understand Winser and Hallot’s discomfort with the term. This is New York, after all: the more health-conscious labels, the better. The confusion quickly dissipated, however, when I asked a few coworkers to try Tyme’s meal-in-a-jars for lunch. Before we dug in, I mentioned that none of the jars contained meat or dairy.

“Tastes vegan,” said one of my coworkers after trying the “Carrot Hummus” jar (layers of cauliflower, kale and carrot and chickpea hummus). This wasn’t meant as a compliment; her first bite was also her last.

I liked the meal more than she did, but I knew exactly what her “tastes vegan” review was meant to convey (flavorless, a little off consistency-wise, and not very satisfying). I live in Brooklyn, a breeding ground of dietary restrictions and the culinary solutions that manage to cater to them without compromising on flavor. And yet, the term ‘vegan’ still conjures up distasteful images of the cashew nut cheese my sister’s roommate used to make (and force on visitors) in college. If Seifer is right, a large percentage of the country feels similarly.

This is problematic for Tyme, whose end goal is to move “beyond the converted,” says Winser. Jars cost $10, but the hope is to lower the price to around $6 or $7 as the company scales, so it can compete with more traditional fast food options.

Even if it can lower costs, the path ahead is steep. Tyme’s jars lack the fat, salt, and caramelized intensity of meat and the creaminess of dairy, which isn’t to say they taste bad—just that, well, they taste vegan. For most people who are not actively seeking out plant-based diets, it’s going to be a hard sell.

Hallot recognizes the severity of the challenge. The company is working to build more options that deliver recognizable flavor profiles. Its Mexican and Italian jars, for example, aim to recreate the taste of a burrito and a pasta dish, minus the cheese and refined carbohydrates. It’s also in early-stage talks with local New York public schools to see if it can serve Tyme jars at lunch.

The problem is both simple and incredibly difficult: How do you create healthy meals that can compete with traditional fast food on both taste and price? At the moment, it’s unclear if cracking the code is even possible. Tyme certainly hasn’t yet.

“We have a ways to go,” says Winser. “But you have to start somewhere.”