New U.S. Student Loan System to be in Place in 2019, Education Department Says 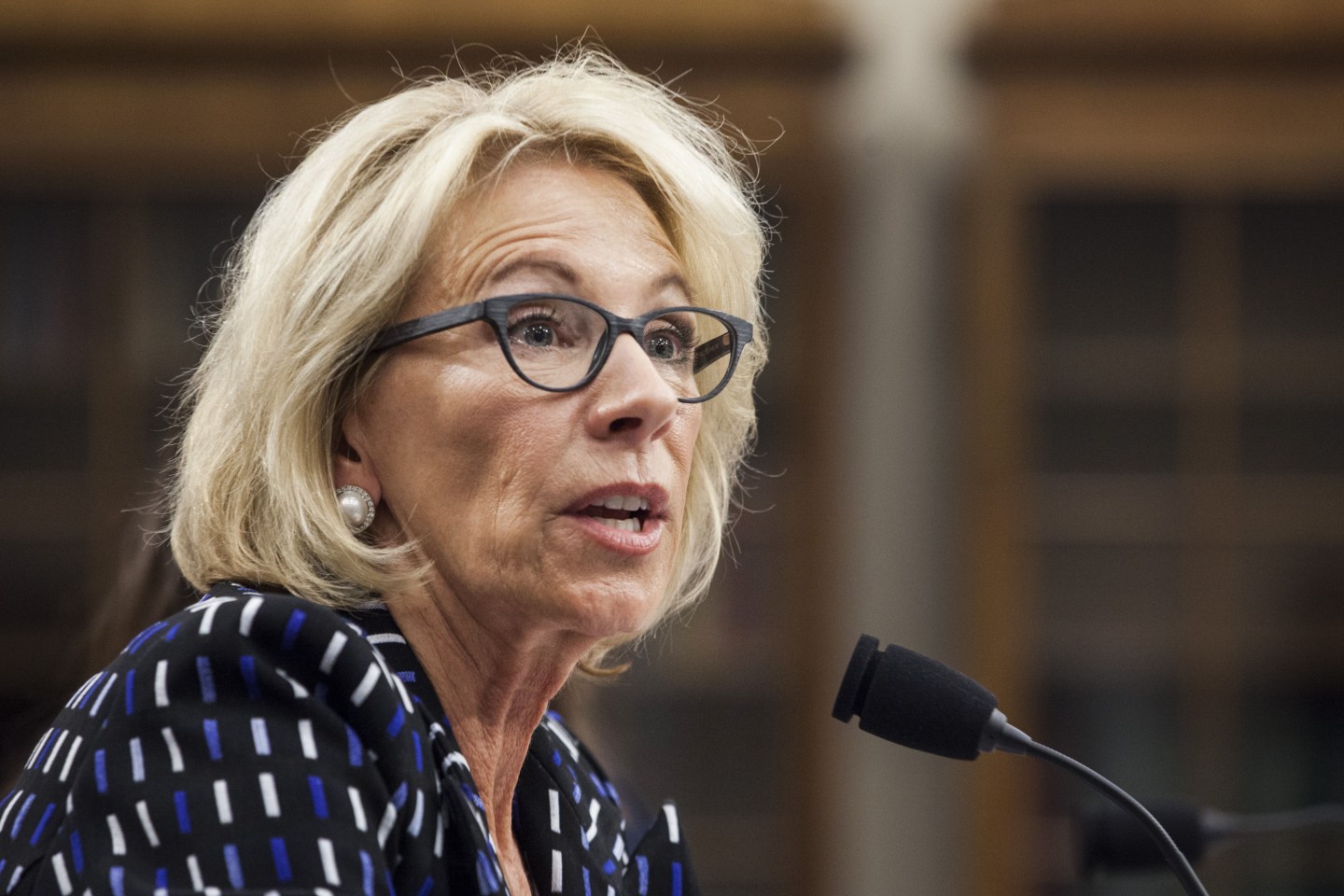 A whole new student loan servicing and processing system will be up and running in 2019, the U.S. Education Department said on Tuesday, as it formally unveiled its plan to overhaul the current $1.3 trillion program.

The department, led by Secretary Betsy DeVos, announced its intention to change student-loan servicing in May and said it would award a contract to one company for a user platform and a standardized process for handling consumer calls. That would mean abandoning the current system of having four companies service outstanding loans.

On Tuesday, though, it broached the possibility of using multiple companies when the new system comes online, around the time current contracts with Navient (NAVI), Nelnet (NNI), Great Lakes Educational Loan Services, Inc and FedLoan Servicing expire in 2019.

“By starting afresh and pursuing a truly modern loan servicing environment, we have a chance to turn what was a good plan into a great one,” DeVos said in a statement.

Former President Barack Obama, a Democrat, moved much of the business of lending to 42 million students from banks and other companies to the federal government.

But DeVos, appointed by Republican President Donald Trump, is working to change how the government carries out that business, to the consternation of consumer and student rights groups who say her plans may make it harder to afford college and graduate school.

A bid solicitation posted on Tuesday said the department will soon embark on gathering information from financial services, student-loan, and technology companies about the student loan program. It also said it was seeking technology that can evolve into the future and lower costs.

In June DeVos tapped a former credit card and prepaid-card executive, A. Wayne Johnson, to lead the program after the chief operating officer abruptly resigned.

In a statement on Tuesday, Johnson said the program “represents the equivalent of being the largest special purpose consumer bank in the world” and pledged to provide a “customer support system that is as capable as any in the private sector.”