How the TSA Is Fighting a Tech War With Terrorists 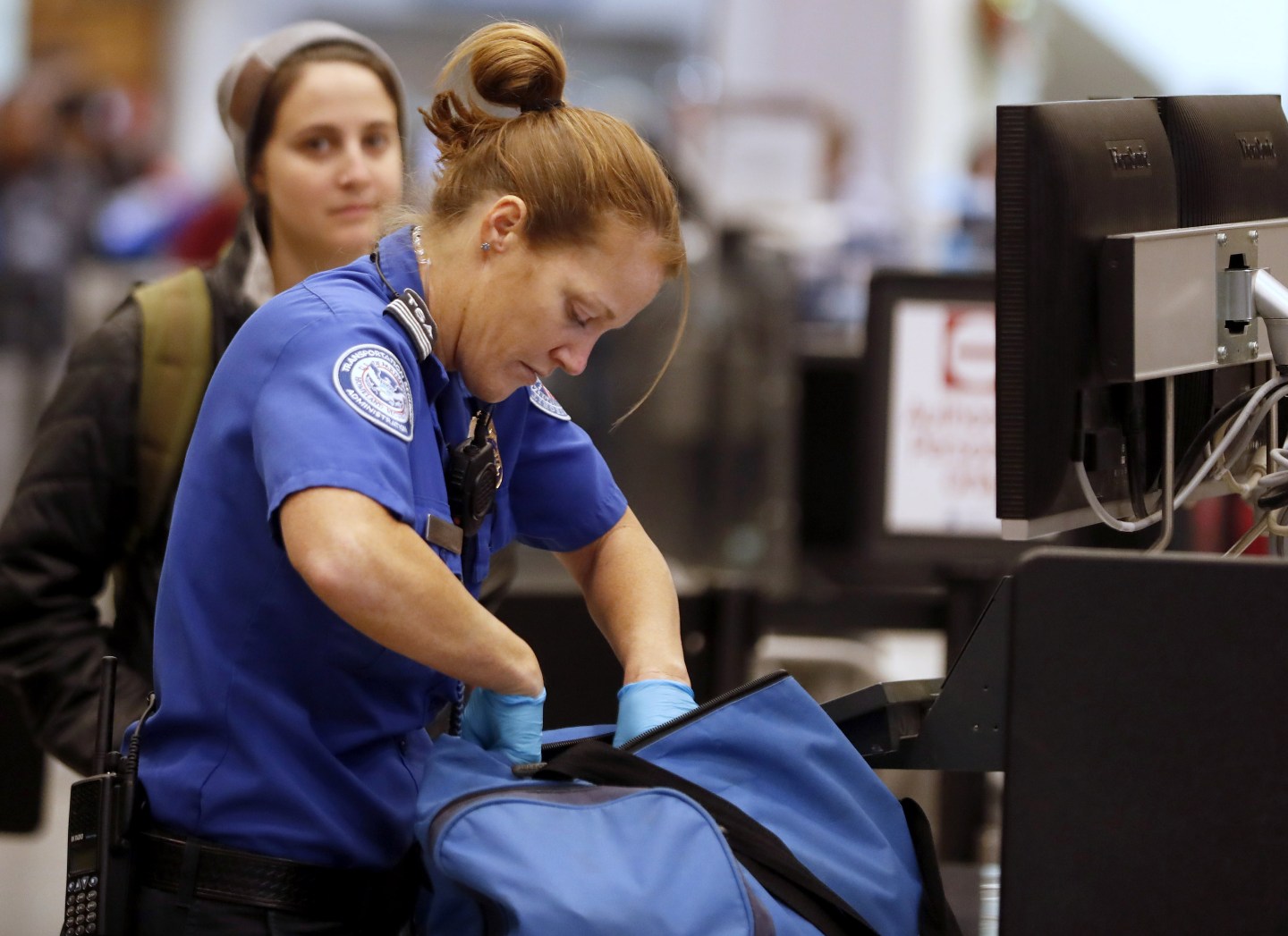 A Transportation Security Administration (TSA) officer checks a traveler's bag at a screening location at Salt Lake City International Airport (SLC) in Salt Lake City, Utah, U.S., on Friday, Dec. 23, 2016. More than 103,000,000 Americans will travel between December 23rd and January 2nd, the most on the record so far, according to AAA. Photographer: George Frey/Bloomberg via Getty Images
George Frey — Bloomberg via Getty Images

The Transportation Security Administration’s (TSA) new security regulations, requiring all electronics larger than a cell phone to be placed in bins for x-ray screening in standard passenger lanes, is the latest move in the technology war against terrorists.

The American public may balk at longer lines at airport security when traveling due to the inconvenience of unpacking tablets, laptops, e-readers, and other electronics from carryon bags. This is possibly the first of many tighter regulations from the TSA—and travelers should brace for that.

The heart of the issue is technology’s maxim of Moore’s law, a 50-year-old prediction about the doubling of computer power every year (then every few years). Today, Moore’s law can be applied to faster, more sophisticated technology being packed into smaller electronic footprints—for example, smaller, thinner, and lighter laptop computers.

What benefits consumers (no more lugging around an eight-pound laptop) has been a challenge to terrorist groups that have to find ways to put explosives into smaller devices. But many terrorist groups are on the cutting edge of technology, using next-generation explosives that are smaller and more powerful—and potentially less detectable, which is a critical concern for the airlines and TSA.

The U.S. government has a more methodical pace than terrorist groups to respond to these technological capabilities that could put the traveling public at greater risk.

TSA’s own technology allows for screening of electronics, which must be placed flat on bins (nothing on top or below them), by comparing the image of what is inside (like a CT scan does for the human body) to what the typical iPad or Kindle reader should look like. While screening lines will no doubt be longer and slower, as people unpack electronics from hand baggage and then pack them up again, it’s far more efficient than having to power on all devices to prove they are legitimate.

In addition, TSA is also testing new luggage-scanning technology to look through luggage for bombs or weapons. The technology also creates 3-D images of contents to allow screeners to get a full and rotatable view of objects. The capability of screening luggage for electronics may become even more crucial as travelers, in an attempt to keep from hauling out several electronic devices at security, check them in their luggage instead.

By deploying more technology, TSA is trying to keep ahead of terrorists in their capabilities to turn benign-looking electronics into weapons. This is good news for the public for the obvious reasons that more efficient and thorough screening and detection makes traveling safer. In my conversations with airline executives, I expect that technology upgrades will continue—hopefully at a faster pace than terrorists’ capabilities. Just as large corporations are learning how agility is critical to their survival, I would not be surprised if TSA policies also remain fluid and subject to sudden change, such as in reaction to a credible threat or a terrorist incident somewhere in the world. One such reaction might be to withdraw some privileges from “TSA Pre” passengers who are not required to remove laptops or other electronics from their carryon bags, which speeds their screening at airports.

Travelers who remember the former days of going to the airport at the last minute and speeding through light security might bemoan the added layers of what feel like inconvenience. But the fact is, the U.S. is comparatively more passenger-friendly when it comes to airport security—perhaps to its own potential detriment. Israel is known to have some of the toughest airport security and one of the best track records on travel safety.

The U.S. has been tightening security to target specific potential risks; for example, greater screening for inbound flights from 280 airports into the U.S. These new rules affect about 2,000 daily flights carrying 325,000 passengers, and reportedly are in response to terrorists developing new ways to hide bombs and infiltrate airport staff.

While tightening defenses at the international gateways and larger, busier airports makes sense, in any war, the most vulnerable point is the weakest link. Here the nation’s smaller, regional airports could be vulnerable to either attack or as an entry point for terrorists trying to enter the air travel system. For TSA, this could be an opportunity to further tighten security.

TSA security changes may be as disconcerting for travelers as longer check-in lines are infuriating. But in the current tech war being waged by airlines and security on one side and terrorists groups on the other, passengers will need to be more agile, accommodating, and flexible than ever.

Dean DeBiase is adjunct lecturer of innovation and entrepreneurship at Kellogg School of Management at Northwestern University and a co-author of the best-selling book The Big Moo.