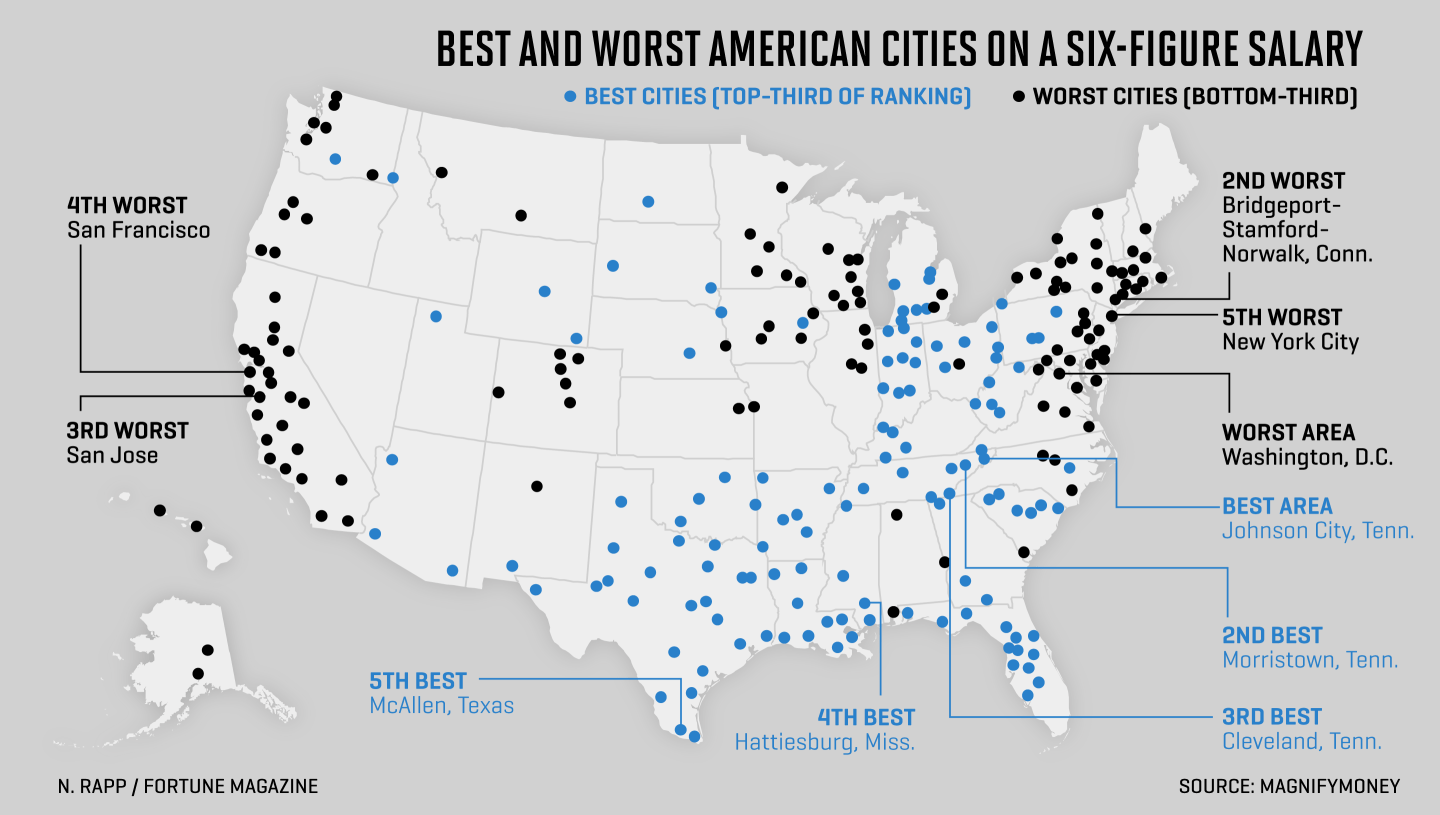 Wealth is relative: In some rural American locales, a six-figure paycheck can purchase a lavish lifestyle. In others, it doesn’t cover expenses.

Comparison loan-shopping site MagnifyMoney looked at the cost of living in 381 U.S. metropolitan areas to see where a $100,000 income for a family of three would leave the household with the most leftover cash. They found that in Johnson City, Tenn., routine expenses would eat up only 62% of that income. A family in D.C., however, would spend 105% on just the basics.

The three metro areas to live if you want to stretch a paycheck the farthest were all in Tennessee—Johnson City, followed by Morristown (where 62% of annual income would go to expenses), and then Cleveland (63%).

By contrast, the places where you could make $100,000 and still go broke were mostly coastal. After D.C. came the hedge fund-heavy area surrounding Bridgeport Connecticut (where 102% of income would vanish), followed by the San Jose (99%), the San Francisco (96%), and New York (96%) areas.

For more on cost of living in American cities, explore the interactive map below. We’ve mapped MagnifyMoney’s list of the best and worst cities to live in with a $100,000 salary: