Here’s Why Shares in This Former Pfizer Target Are Tanking 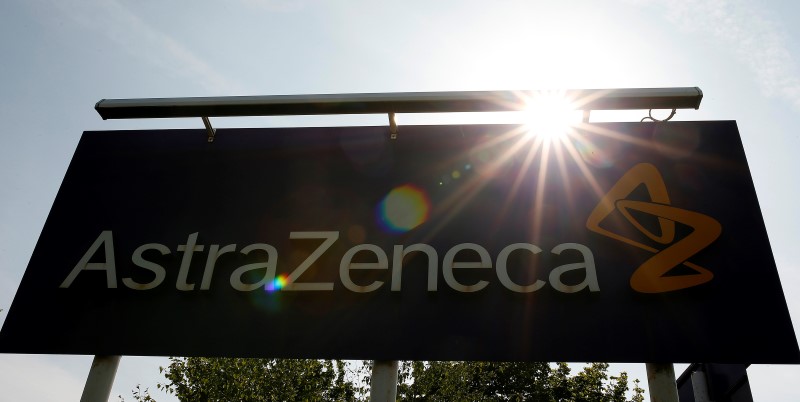 A sign is seen at an AstraZeneca site in Macclesfield, central England May 19, 2014. REUTERS/Phil Noble
Phil Noble/ REUTERS

Shares in AstraZeneca, the U.K.-Swedish pharma company that Pfizer (PFE) once tried to buy for $118 billion, fell by 16% Thursday after it said the cancer drug on which it had pinned high hopes had performed disappointingly in clinical trials.

AstraZeneca said the combination of two injectable immunotherapy drugs had failed to help patients any more effectively than chemotherapy, as it announced the results of a closely watched late-stage trial.

The so-called MYSTIC study was the most anticipated clinical experiment in the pharmaceutical industry this year and the news wiped some $14 billion off the company’s value, its biggest-ever daily fall. MYSTIC had been seen as key to proving the value of the group’s new drug pipeline and its future as an independent company.

Some analysts said the failure may make AstraZeneca a takeover target again, although banking sources said Pfizer was unlikely to return, while others, such as Switzerland’s Novartis, might be deterred by the weak growth outlook.

Initial results from MYSTIC found the combination of durvalumab and tremelimumab was no more effective at stopping disease progression than chemotherapy in patients expressing a protein called PD-L1 on 25 percent or more of their cancer cells.

Immunotherapy drugs are designed to help the body’s immune cells kill cancer and PD-L1 levels are widely used as a benchmark to determine if they are likely to work for individual patients.

As a secondary endpoint, although not formally tested, durvalumab monotherapy also would not have met a pre-specified threshold of progression-free survival benefit, the company added. Durvalumab is already on the market for bladder cancer, under the brand name Imfinzi.

Despite the negative initial results on disease progression from the MYSTIC trial, CEO Pascal Soriot said there was still a chance the treatment might show a benefit when overall survival data becomes available in 2018.

Soriot’s own future has been the subject of much speculation recently, fuelled by reports that he might be considering a highly paid new job as head of Israel-based Teva Pharmaceutical Industries.

Soriot declined to comment directly on what he described as “rumors” on Thursday, although company insiders said he would have had to make a statement if he had firm plans to leave.

“I’m not a quitter,” Soriot said. “I’m proud to be the CEO of this company and I look forward to continuing on our journey ahead and continuing to lead the incredible team … the only thing I can tell you is I am here today.”

AstraZeneca’s pain is likely to be good news for Merck & Co , the only manufacturer on the market today with an immunotherapy treatment for previously untreated lung cancer.

But Bristol-Myers Squibb, which is working on a similar combination to AstraZeneca’s durva/treme cocktail, could be hit, according to Bernstein analyst Tim Anderson.

AstraZeneca – a relative latecomer in immunotherapy – had been hoping to secure a substantial slice of a multibillion-dollar market by proving its combination could help previously untreated patients with advanced lung cancer.

It has already shown in a separate trial called PACIFIC that durvalumab alone can help some patients with earlier-stage disease.

Durvalumab, which AstraZeneca flagged in 2014 as having annual sales potential of $6.5 billion, is key to its drive into oncology.

Offsetting the MYSTIC hit, the company announced that Tagrisso significantly improved progression-free survival in another lung cancer trial called FLAURA. Soriot said this put it on track for eventual sales of more than $4 billion a year.

AstraZeneca has also established a strategic oncology collaboration with Merck to study cancer drug combinations using its drug Lynparza, which is already approved for ovarian cancer but could have much wider uses when combined with immunotherapy.

Merck will pay AstraZeneca up to $8.5 billion under the deal, in exchange for half of future Lynparza sales, including $1 billion this year.

“In our view, the group should make every effort to capitalize on their strategic tie-up with Merck announced today and strong progress in the trials for Tagrisso.”