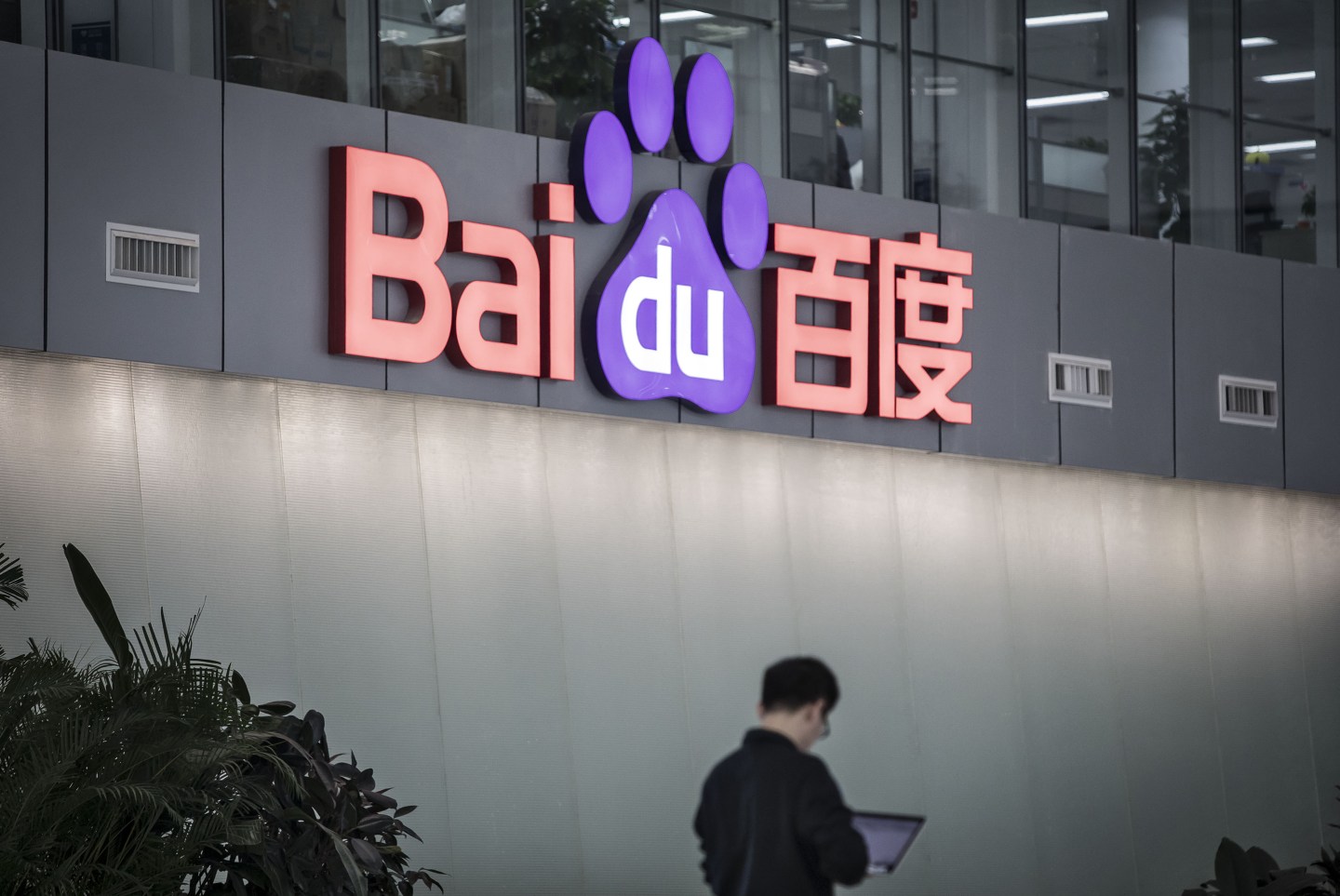 A man using a laptop computer walks past an illuminated sign for Baidu Inc. at the Baidu Technology Park in Beijing, China, on Friday, Nov. 25, 2016. Baidu serves 6 billion searches a day and dominates mobile mapping, which gives location data for its mobile users as well as those of apps built on its map data. Photographer: Qilai Shen/Bloomberg via Getty Images
Qilai Shen—Bloomberg/Getty Images

Baidu (BIDU) said on Friday that it has entered a strategic agreement with PayPal (PYPL)to tap overseas merchants as Chinese tech companies ramp up the fight for overseas payment partnerships.

Under the agreement, Baidu’s payment platform, Baidu Wallet, will be accepted by roughly 17 million PayPal merchants globally, the Chinese firm said in a statement on Thursday.

This year Ant Financial entered a $1.2 billion bid for U.S. remittance firm MoneyGram International Inc, a deal that has attracted scrutiny from U.S. lawmakers who say it could threaten national security.

Ant has also purchased stakes in half a dozen payment firms across Asia as part of a plan to expand its finance business outside of China.

Tencent’s WeChat Pay has also inked a series of partnerships with global payment firms and earlier this month said it has applied directly for a Malaysian payments license.

PayPal, which reported better-than-expected results on Thursday, entered into new partnerships with Apple (AAPL) and Bank of America (BAC) this month.

It has also targeted Southeast Asian markets recently through local partnerships, but earlier attempts to enter the Chinese market directly have been unsuccessful due to tight regulation and strong local players.

PayPal will work with Baidu’s financial services group under the new agreement to target cross-border payments between Chinese consumers and online businesses based outside of China.

Baidu Wallet has roughly 100 million users, and still trails behind Tencent’s WeChat and Ant Financial’s Alipay in terms of users and global reach.