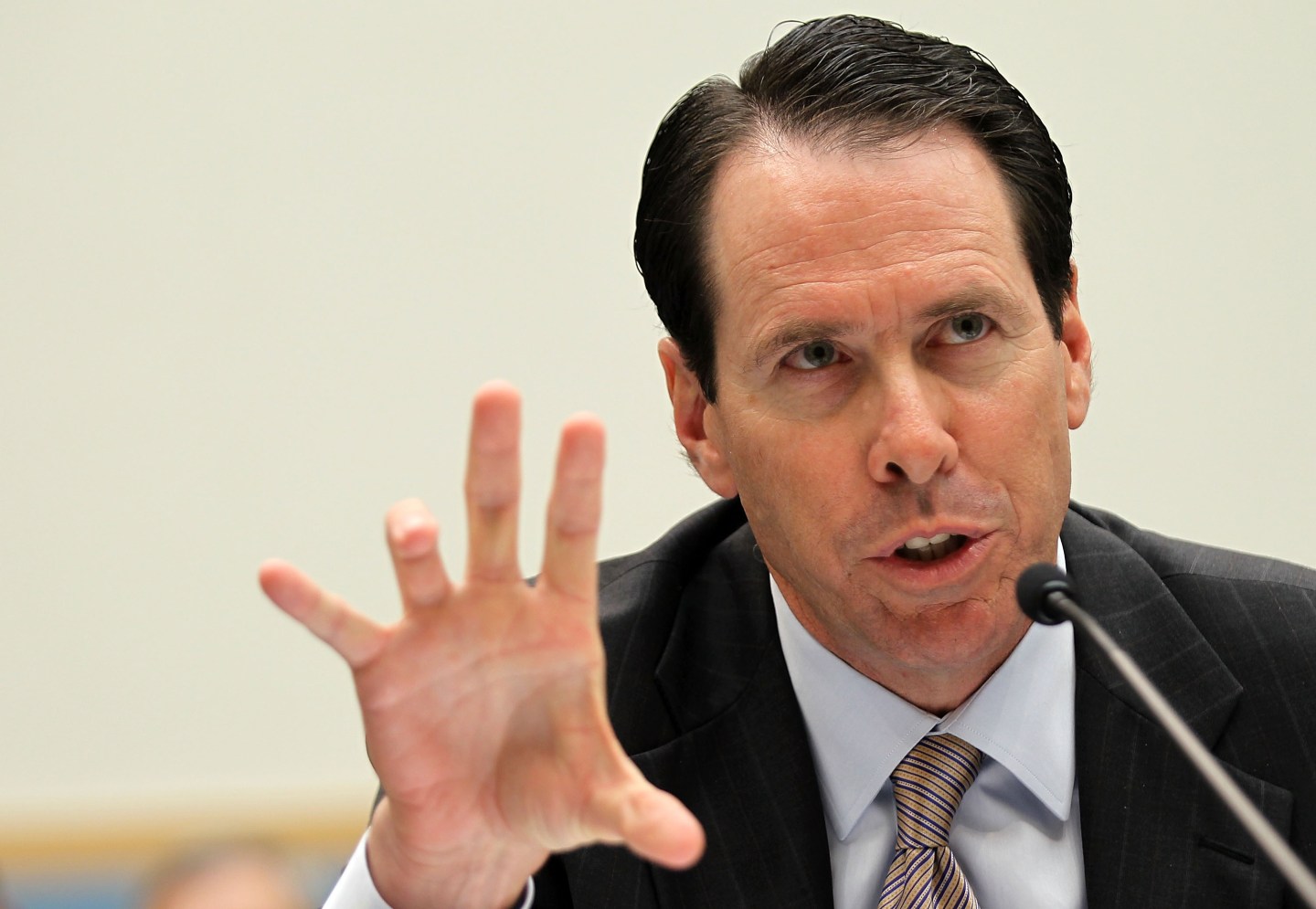 AT&T shares jumped more than 4% on Wednesday, notching their biggest one-day percentage gain since March 2009, a day after the carrier said its bundled products had helped slow losses of its most lucrative wireless customers.

Churn among phone subscribers who pay a monthly bill was 0.79% in the quarter, the lowest in the company’s history, AT&T said its second-quarter earnings report on Tuesday.

AT&T said it lost 89,000 U.S. phone subscribers who pay a monthly bill in the quarter, its most lucrative customers. Analysts had expected a far bigger loss of 256,000.

The company’s better-than-expected subscriber metrics and margin performance alleviated some concerns that hang over the stock, Barclays analyst Amir Rozwadowski wrote in a note on Wednesday.

“In Wireless, it now seems clear that we will see record low churn for the industry this quarter, with consumers likely waiting for the new iPhone before switching and upgrading,” wrote New Street Research analyst Jonathan Chaplin on Wednesday.

The second-largest U.S. wireless carrier competes for customers with Verizon Communications and smaller rivals Sprint and T-Mobile US.

It bought Time Warner for $85.4 billion to bundle mobile service with entertainment. AT&T expects that deal to close by year-end.

For more about mobile, watch:

AT&T announced in April it was offering its unlimited wireless plan with its streaming service DirecTV Now for an additional $10 a month.

Longer term, the Dallas-based company’s share appreciation will depend on performance after its acquisition of Time Warner, Barclays said.

Shares of AT&T (T)were last up more than 4% at $37.87 in afternoon New York Stock Exchange trading.