How Democrats Could Actually Offer ‘A Better Deal’ 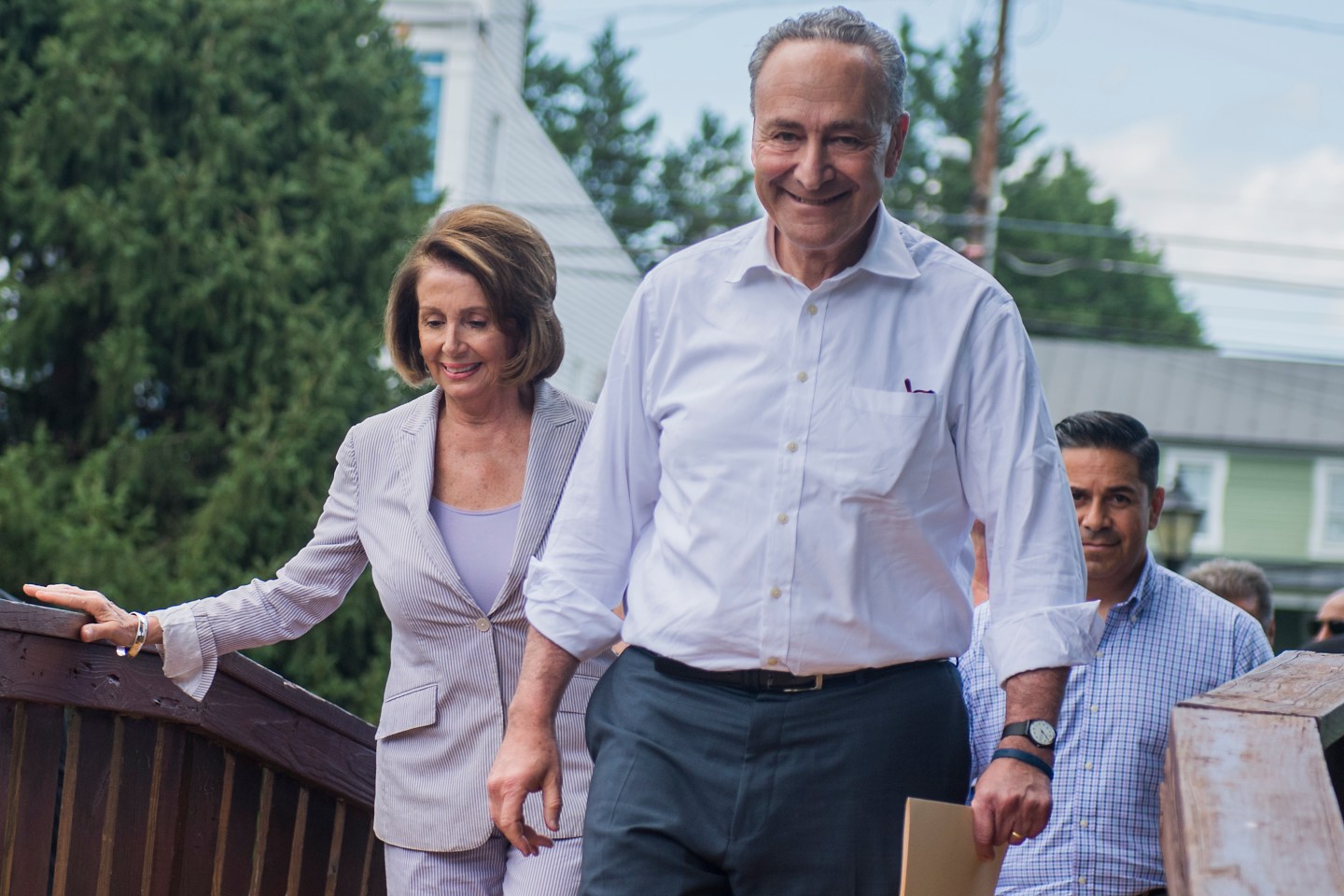 Democrats are focusing like a laser beam on reversing wage stagnation and encouraging good-paying, full-time jobs.

Senate Minority Leader Charles Schumer and House Minority Leader Nancy Pelosi introduced the party’s economic policy in Virginia on Monday. Called “A Better Deal,” their strategy is to equip workers with the skills needed in the new economy by providing tax credits for employers to train and hire workers at a good wage, to expand apprenticeships, and to offer on-the-job training. But reducing wage stagnation hasn’t happened in the last 16 years, so how do they plan to do it now?

Aside from the richest fifth of households in the population, the U.S. Census Bureau shows that incomes for most U.S. households have been relatively flat from 1967 to 2011 (when taking inflation into account). The Pew Research Center has shown that average real hourly wages have been basically flat since 1964, and therefore the purchasing power of workers has not changed. In other words, the middle class has seen its fortunes wrecked.

According to the Economic Policy Institute, entry-level wages for high school graduates have fallen since 1973, adjusted for inflation. Don’t mistake this for a boon for college graduates, 50% of whom have seen their real wages decrease since 2000. Real wages have only gone up in certain skilled jobs. From 2000 to 2011, the only professions that have seen 5% or more real wage increases have been managers, health care and technical professionals, computer and mathematical science, and architecture and engineering workers. But a 5% wage increase over a decade is not enough to rebuild the middle class.

To reverse wage stagnation, Democrats will need robust policies that broaden workers’ access to capital ownership and capital income through profit sharing and employee share ownership, also called capital shares. Because most workers will not be retrained quickly, most employees need a way to share in the tremendous performance and profits of America’s industries. The workers who will get retrained will need a specific, targeted mechanism to be sure they are sharing in the productivity increases and profits of America’s leading industries.

According to the 2014 General Social Survey, about 20% of private sector employees report they typically have $10,000 in total employee share ownership, and about 36% report they typically have $2,000 of annual profit sharing in the companies where they work. Corporations need various tax incentives to expand these capital shares to more employees and at higher amounts, where feasible. Research shows that capital shares tend to improve the economic performance of the firms.

This is where the Democratic Party’s rapidly evolving message on shares has increasing relevance. The 2016 Democratic Party Platform endorsed incentivizing “companies to share profits with their employees on top of wages and pay increases, while targeting the workers and businesses that need profit-sharing the most.” The idea polled remarkably well among the middle class. It was even a theme in Hillary Clinton’s campaign.

It ends up that those who are doing well are building their income and wealth by meaningfully sharing in the equity and profits of the businesses where they work—not only through wage increases. The Economic Policy Institute’s report, The State of Working America, documents a stunning concentration of capital ownership or wealth—namely, access to stocks and bonds and real estate—and shares in businesses in the families and individuals with the highest incomes. It also documents the importance of capital income, namely dividend and interest income and capital gains on stocks, bonds, real estate, and business interests of the families and individuals with the highest incomes.

A study by Emmanuel Saez and Gabriel Zucman of the University of California at Berkeley found that the top 10% controlled about 77% of all wealth, and about 97% of all capital income. Encouraging profit sharing and employee share ownership programs in small businesses and large corporations is the typical way that expanding capital ownership and capital income has been done in the U.S. The Democratic Party will need a detailed legislative strategy for doing this in the future since the historical evidence indicates that corporations’ practices on capital shares are very responsive to tax incentives.

The Democratic Party has a tall order to retrain the American workforce and make sure that existing employees and the retrained employees of the middle class not only have a crack at a better deal through fair wages, but also have access to wage and income growth, including shares of profits and equity in the companies that they will help to make successful. The good news is that these are ideas that can easily attract Republican support.