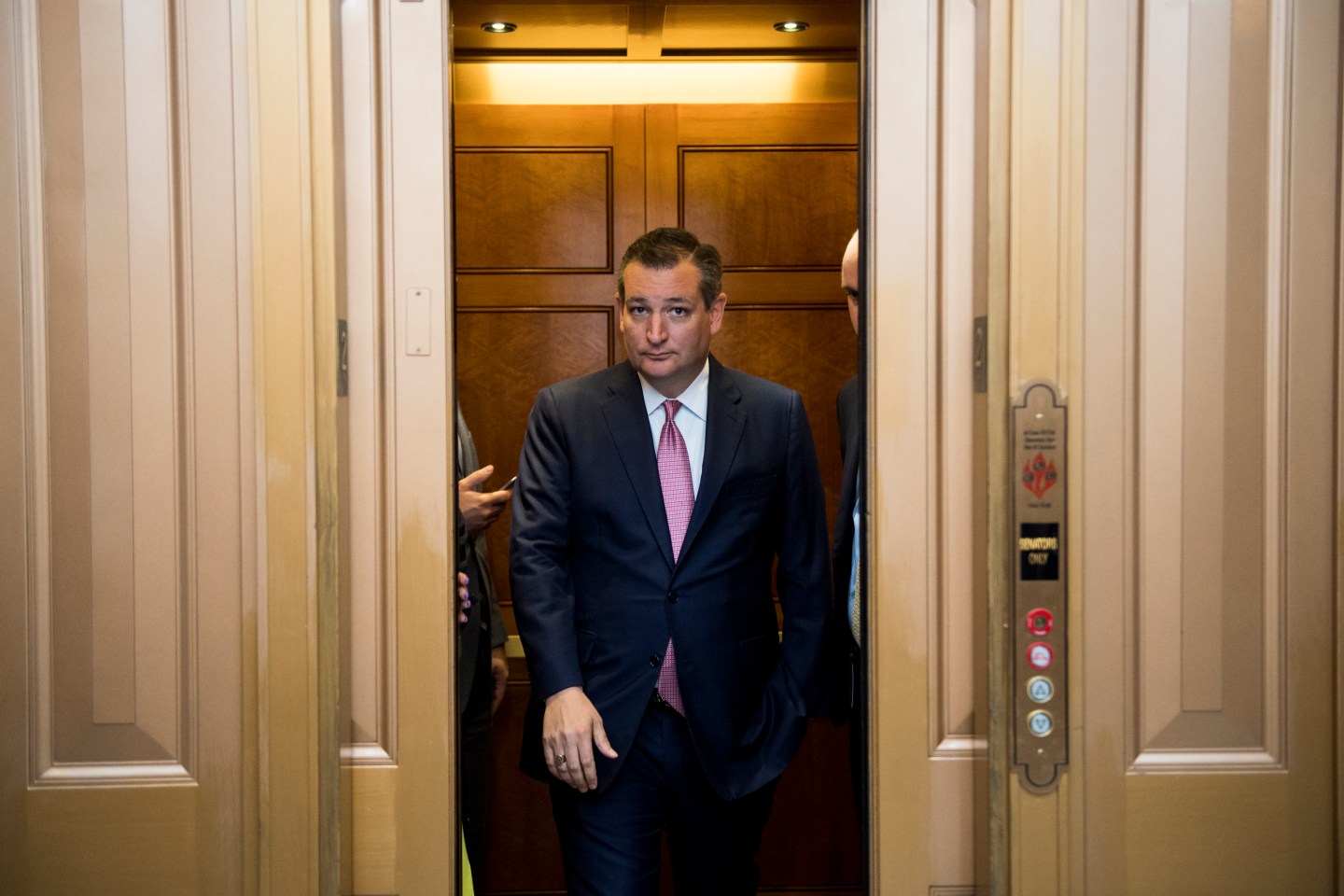 As the U.S. Senate prepares to vote on multiple versions of Republican health care repeal bills early next week—which is anticipated to include a devastating amendment offered by Sen. Ted Cruz (R-Texas)—it is critical that we are responsible and transparent when evaluating policy that will impact one sixth of our economy and millions of families across the country.

And yet, the Department of Health and Human Services (HHS) released a report last week that defies both the laws of economics and demonstrates a basic misunderstanding of how insurance markets work. It fails to explain its methodology, what data it relies on, and makes highly questionable assumptions that multiple experts and industry leaders have called out. To explain this away, HHS relies on what amounts to jargon, claiming portions of its data are “proprietary.”

To begin with, the report claims that the Consumer Freedom Amendment (Cruz amendment) to the Senate Better Care Reconciliation Act (BCRA) would miraculously lead to more people covered and lower premiums. But the assumptions made to arrive at this conclusion are deeply flawed.

The Cruz amendment would allow insurers to sell health care plans that do not offer critical protections provided under current law, like those that prohibit insurers from charging you more for pre-existing conditions and guaranteed coverage of “essential health benefits” like mental health coverage, drug treatment, hospital visits, and maternity care. When one looks more closely at the HHS report, it’s revealing in its shortcomings and far from convincing that the Cruz amendment be anything but a disaster for Americans.

Even the HHS study predicts that the Cruz amendment will result in more expensive premiums for patients who need health care. These premiums will be a result of health plans being unable to spread medical costs from sicker patients across a large risk pool of healthier patients. Over time, as premiums increase, fewer people will be able to afford to buy insurance, making the pool smaller and sicker. This is the definition of the dreaded death spiral that has killed individual markets in the past, like New York state’s pre-Affordable Care Act.

Little incentive for insurers to offer plans where there are none

HHS imagines that health plans would voluntarily offer to sell ACA-compliant plans in all counties in America, something that they are not currently doing, despite a mandate and unified risk pools. This defies basic fundamentals of capitalism that insurers would enter harsher markets of small, unstable, and super sick risk pools with little financial incentive. It’s more likely that under the Cruz amendment, more ACA-compliant plans would exit the market, resulting in millions of Americans having far fewer insurance options—not more. Furthermore, the reinsurance fund assumed by HHS is unlikely to be significant enough to make these markets profitable for health plans based on current ACA market losses.

The non-ACA compliant plans achieve lower premiums by excluding basic health benefits and charging $12,000 deductibles. Very few Americans have $12,000 in savings—which is what one would need to spend out of pocket before full plan benefits kicked in. By comparison, a “silver plan” under the ACA currently has a deductible of just $3,000. This increase in deductibles and out-of-pocket costs will inevitably lead to a recurrence of medical bankruptcies and widespread financial hardship.

Finally, HHS’s report is filled with a mixture of questionable assumptions and apples-to-oranges comparisons. HHS compares premiums for a 40 year old under the Cruz proposal to an “enrollment weighted average” premium under the ACA. This is a misleading constant, given that older Americans have different health challenges and will face different cost barriers. Those in their 40s pay lower premiums than those in their 60s, who will likely face enormous premium increases under the BCRA, which would allow insurance companies to charge older individuals five times more than younger people.

HHS believes seven to eight million healthy people will voluntarily buy these super skimpy plans, despite the lack of a mandate and sky-high premiums

HHS offers no estimates for the out-of-pocket costs that patients would bear for the “essential services” not covered by Cruz’s plans. HHS’s results also rely on assumptions about consumer behavior, including who will buy ACA-compliant or Cruz plans by income, age, and risk. HHS shares no detail about these assumptions, calling them “proprietary.” It’s difficult to believe that more poor people would somehow afford higher premiums, or that much demand exists among young people for plans with $12,000 deductibles. The Congressional Budget Office’s (CBO) own projections run counter to these predictions.

HHS should share more information about its model and its underlying assumptions. Given the Trump administration’s track record with math and facts, it is unlikely that their modeling results are going to be right. The damage done as a result of being wrong could lead to death spirals in many state insurance markets, millions of sick people lacking access to affordable coverage, many young people buying plans that do not cover what they need, and all of us paying more.

Bob Kocher is a former Special Assistant to the President for Healthcare and Economic Policy on the National Economic Council; Andy Slavitt is the former Acting Administrator for the Centers for Medicare and Medicaid Services (CMS).