Why Los Angeles Will Regret Hosting the Olympics 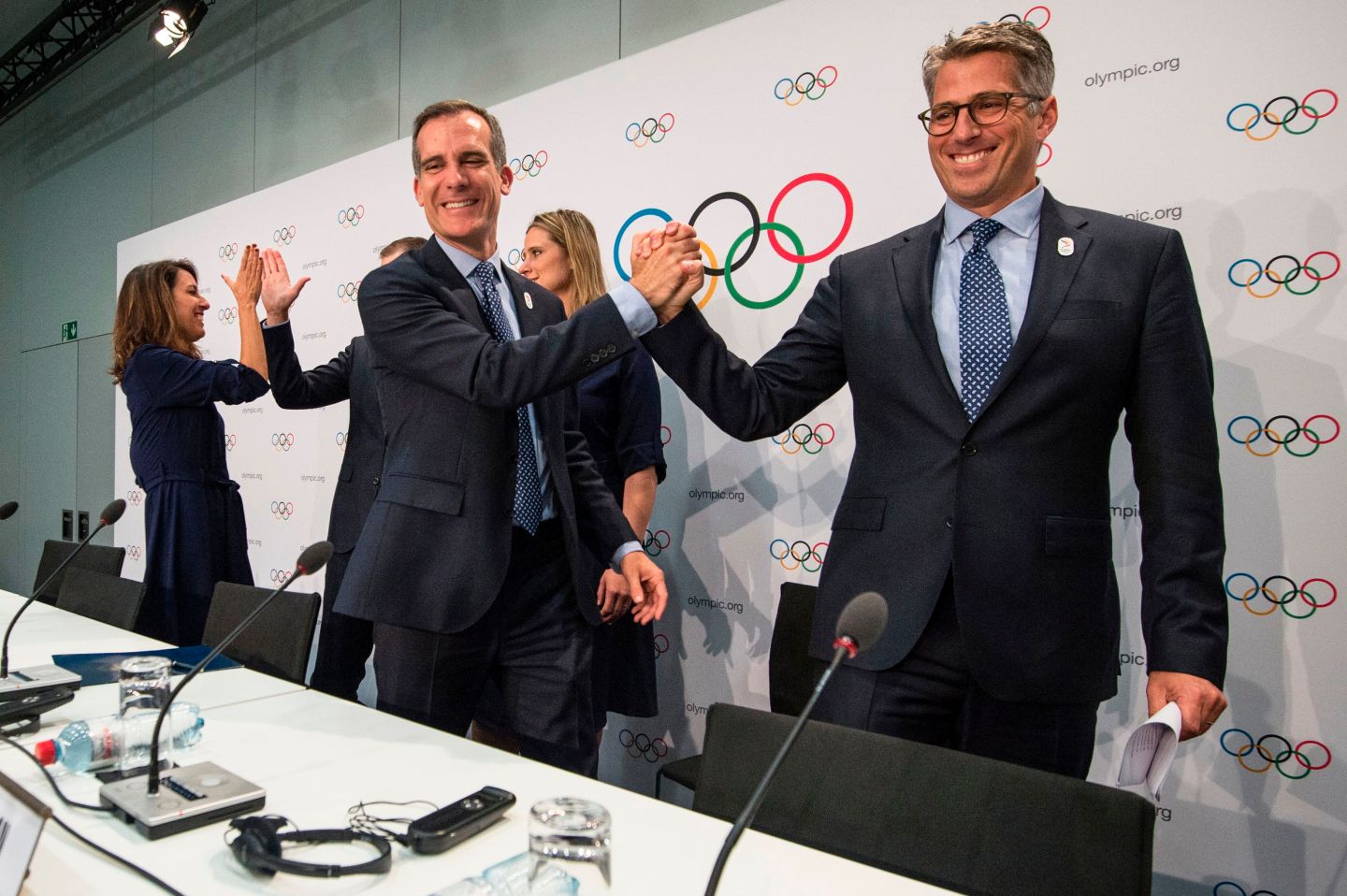 When Los Angeles hosted the Olympic Games in 1984, it was the only city that stepped up to bid, as much was at stake in taking on the task. Two prior mega events, the Montreal 1976 Summer Games and Lake Placid 1980 Winter Games, plunged each city into considerable debt. It is perhaps unsurprising, then, that Los Angeles decided to rely heavily on private investment and corporate sponsorship, rather than state finances, to fund the events.

For many, this shift was heralded as a great financial success for the city, the International Olympic Committee (IOC), and businesses, which effectively laid out a model for the way we know the Games today. For others, the commercialization of the Games corrupted the amateur idealism associated with IOC founder Pierre de Coubertin’s vision, and laid the groundwork for financial and political exploitation (essentially a global advertisement for capitalism), the vision of Peter Ueberroth, the former chairman of the United States Olympic Committee.

Now, more than 30 years later, the city is faced with a somewhat familiar proposition. Other than Paris, it was the only city to throw in a bid to host the 2024 Olympic Games, which is rather unsurprising, given how the 2016 Olympics went in Rio de Janeiro. Costs ballooned out of control, social and economic inequalities increased, the government struggled to pay for police and education, stadiums are already decaying, and political controversy and corruption continue to swirl. Boston, Budapest, Hamburg, and Rome all rejected the opportunity to bid for the 2024 Games. Several reasons, such as the costs, infrastructure challenges, social complications, fear and (in)security, and potential negative connotations associated with a poor Games point ever-toward why cities do not want to host the mega-event. Despite these signals (perhaps better read as warnings), Los Angeles has proceeded. Regardless of whether the city hosts in 2024 or 2028, it will be faced with a series of decisions that shape the city’s future, and the future of the Olympics.

The city has proposed to use sponsorships, broadcast rights, and merchandising for addressing the Games’ expenses. However, the state of California is the one most at risk. The city has designed a contingency budget just short of half a billion dollars. If the Games exceed the budget—a common occurrence with mega-events—then the city would cover any unpaid debts, to which the city has pledged $250 million. This tactic is a common one for city leaders trying to generate infrastructure, revenue, and positive notoriety. The problem is that private industry tends to reap the benefits of such plans while shifting the risk and responsibility on the state, not unlike the many public-private partnerships common in urban redevelopment in U.S. cities.

If much of the success of the Games is tied to financial profit, then one cannot help but wonder what city residents receive. Assuming that the Games are successful enough not to require the use of state funds to cover private debts, then what is it that city residents receive? New infrastructure? A legacy for the future? Attending events to witness the world’s finest athletes?

In terms of infrastructure, like the 1984 Games before it, the city has proposed to draw upon existing venues or temporary facilities for every event. This more simplistic approach is part of the IOC’s deliberate attempt, (Agenda 2020), to encourage cities to host the Games in accordance with their specific agendas. On the one hand, it is appropriate that the IOC and potential host cities are trying to minimize the negative impacts that previous Games have previously wrought. On the other hand, though, Los Angeles is a city known for its glorious Sunset Strip imagery with beaches, Hollywood, celebrities, cuisine, and so on, whilst masking the deep-seeded urban problems such as traffic congestion, aging infrastructure, air pollution, and homelessness, just to name a few. If the Games service the image of Los Angeles while at the same time paying lip service to its major issues or simply ignoring them, then what is the point?

If attendance at events and competitions themselves are meant to be attractive for the populace, then the price of tickets communicates a great deal. According to Los Angeles 2024 bid documents, the mainstream events’ averages prices, such as the opening ceremony (estimated at $1,700) or high-profile gold medal events, like gymnastics or basketball ($250 to $450), would price out much of the populace. Further, these tickets are priced for those lucky enough to win those offered through the official ticketing partner and before third-party sellers get involved, wherein prices would soar. Most will watch the Games on television or the web.

It would seem that the Ueberrothian ethos has returned home. The 1984 Games produced a profit, which was split between the United States Olympic Committee and Southern California. If the Games are to be at all financially successful and benefit the city, Los Angeles will need to reconcile and wrestle with its progenitor while incorporating its residents substantively in the conversation. As corporate influence has slowly but steadfastly milked the amateur ideals once driving the Games toward private corporate interest—and indeed plagued many hosting cities since—then these Games may return Los Angeles to somewhat familiar to Ueberroth’s vision but warped by commercial interest. As the scale and scope of the Games unfold, watchful eyes will determine whether history reasserts its presence or alters course. Even with the city’s “low key” bid that attempts to minimize risk, it remains unclear just what it is the people of Los Angeles get from the Games.

Bryan C. Clift is a lecturer in sport and social sciences at the University of Bath.