How Congress Can Avoid a Health Care Train Wreck 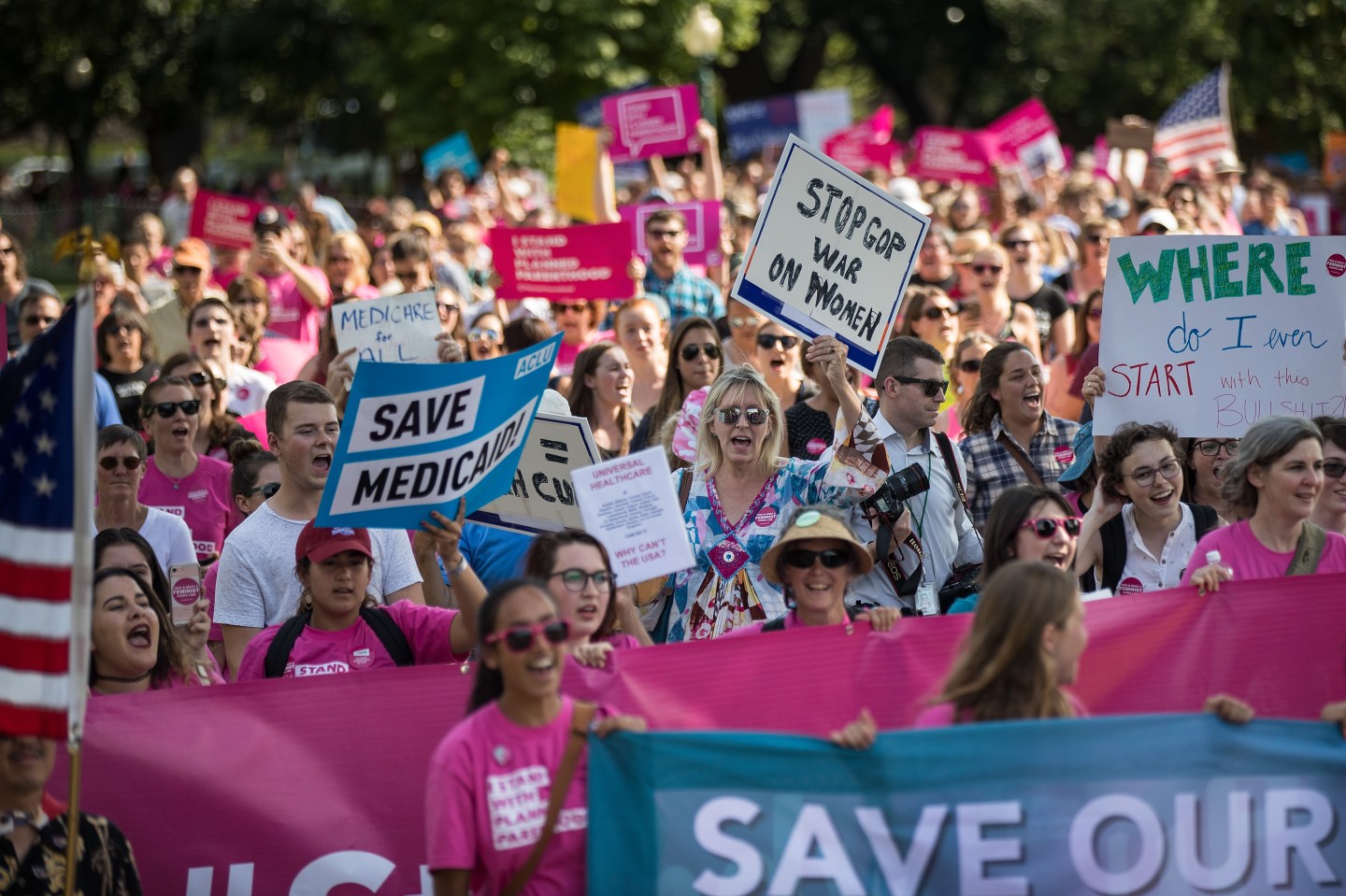 Although the Senate is perilously close to passing its Affordable Care Act (ACA) repeal bill, Senate Majority Leader Mitch McConnell continues to struggle to lock down the final votes necessary for passage. Meanwhile, senators from both sides of the aisle have voiced increasing interest in shifting to a bipartisan effort to fix the ACA, more popularly known as Obamacare.

If it wasn’t obvious enough already, it’s become crystal clear over the course of this debate that progressives and conservatives have sharply diverging goals when it comes to health policy. But a bipartisan path forward on health care reform doesn’t have to resolve those differences. It simply has to commit to one principle: Do no harm.

A “do no harm” approach would be simple—drop the draconian cuts to Medicaid and tax cuts for the wealthy, and instead just pass targeted measures to stabilize the individual insurance market. In fact, the necessary ingredients for such legislation already exist in the Senate repeal bill. The Center for American Progress has proposed pulling out four pages of the Senate bill that focus on market stabilization and passing them as a standalone bill.

First, this bill would permanently commit funding for cost-sharing reduction subsidies, which help low-income people afford their deductibles and other cost-sharing expenses. The current uncertainty over the future of these payments—fueled by the Trump administration’s threats to withhold them—has destabilized the market and directly increased premiums. Actuaries at Oliver Wyman estimate that two-thirds of next year’s proposed premium increases are due to uncertainty over whether the Trump administration will make the cost-sharing payments and enforce the individual mandate.

Second, the bill would provide funding for reinsurance programs—which distribute funds to plans that enroll higher-cost individuals—to reduce premiums. Such an approach would follow the model already pioneered in states like Alaska, which enacted a reinsurance program in 2016 that reduced proposed premium increases from 40% to 10%. Earlier this week, the Trump administration validated Alaska’s approach by approving the state’s waiver request and providing addition funding for the state’s program.

Third, we should provide additional coverage options, especially in counties that currently lack sufficient plan choices next year. Legislation recently considered in Nevada to allow people to buy in to Medicaid offers a promising public option approach that would significantly improve access to affordable coverage. Alternatively, the bill could let people in underserved counties buy in to the Federal Employees Health Benefit Program or use tax incentives to encourage insurers to enter counties that were underserved prior to the passage of the bill.

The “do no harm” approach wouldn’t give either side their long-term vision for health reform in America. But right now, with the ACA and Medicaid under attack, lawmakers must stay focused on averting the immediate threat of 22 million people losing coverage. That’s why the best step forward in the near term is a narrow, bipartisan bill to stabilize the ACA.

Luckily, there’s already a bipartisan path forward laid out—all the Senate has to do is choose to walk down it. And for Republican politicians looking for an off-ramp from a repeal bill that is catastrophically unpopular, a bill to stabilize the markets is their best chance of escape.

Thomas Huelskoetter is a health policy analyst at the Center for American Progress.