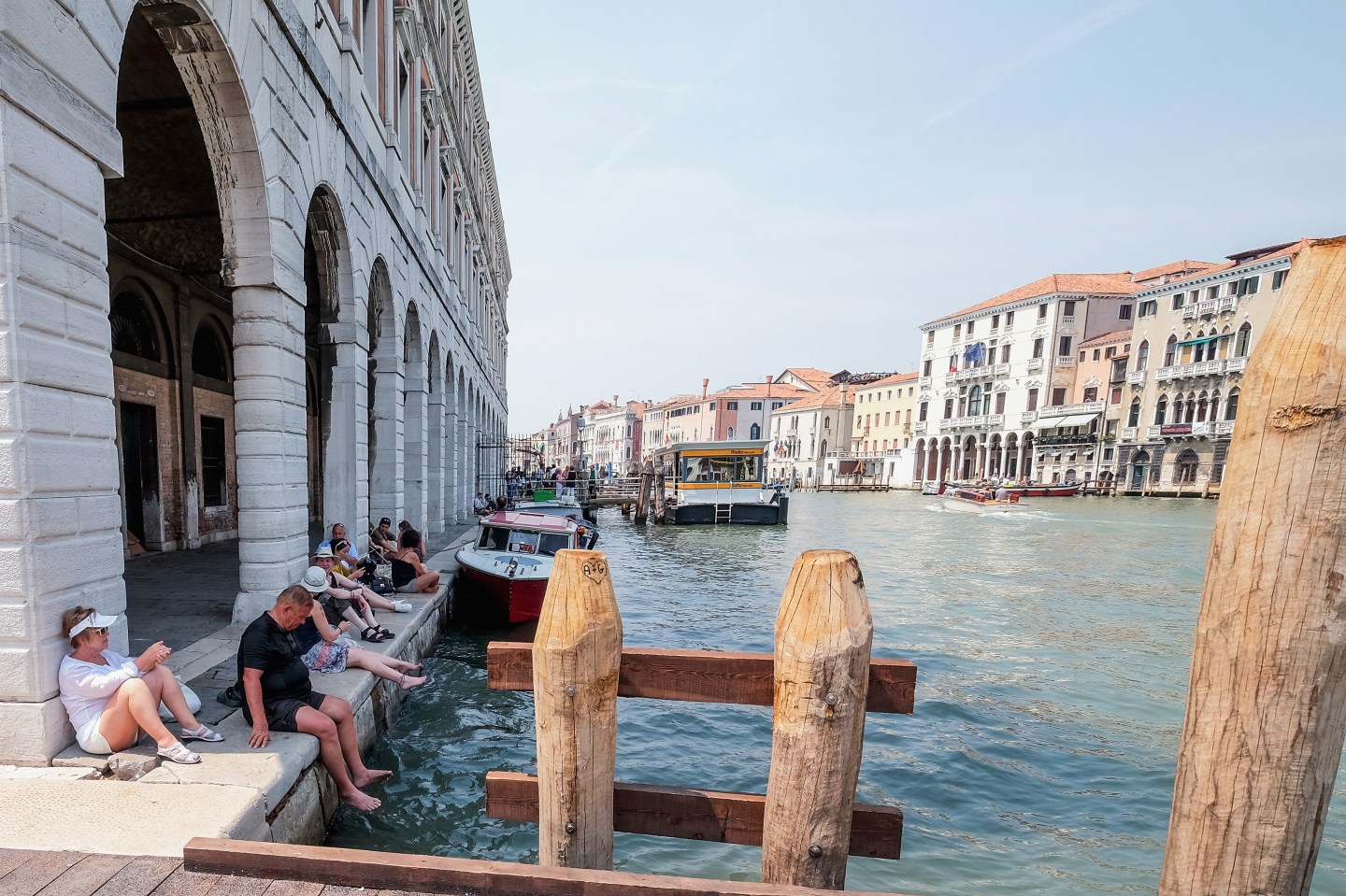 VENICE, ITALY - JUNE 23: Tourists rest in the shade of the buildings for protection from the sun and heat on June 23, 2017 in Venice, Italy. An intense heatwave is sweeping across many regions in Italy, prompting local councils to issue a number of high level alerts. (Photo by Awakening/Getty Images)
Awakening Getty Images

Italy’s decision at the weekend to rescue two failing regional banks with up to 17 billion euros of public money has ripped up the rule book on bank rescues that the EU spent years working to write—just as that rulebook appeared to be working.

Last month, Spain had carried out a “bail-in” to rescue Banco Popular, one of its largest banks. It went just as the new rules directed: Popular’s shareholders and its subordinated bondholders were all wiped out, and Santander agreed to buy what was left of the bank for a nominal sum. Taxpayers emerged completely unscathed. The markets for all kinds of EU bank liabilities rose on the news, because it was the first major real-world test of a regime that had only come into force 18 months earlier, and had created predictability.

By contrast, Italy has put the two regional banks, Veneto Banca and Banco Popolare di Vicenza, into liquidation, rather than resolution. This gives Rome more discretion in distributing the pain. Rome chose taxpayers to be fall guys, and the EU Commission’s bureaucrats let it, bending their own rules to argue that the banks weren’t big enough to bother them (despite the fact that they were on the list of 125 systemically important institutions supervised by the European Central Bank, and despite the fact that the Italian government only recently changed its mind on the matter).

“They are muddying the waters instead of applying the rules,” Panicos Demetriades, a former Governor of the Central Bank of Cyprus and member of the ECB’s governing council, told Fortune. Demetriades, who now teaches economics at the University of Leicester in England, added that Italy can hardly afford to lump such burdens on its population. Its public debt is already 133% of gross domestic product. “This is a country with very limited fiscal space, so what they are going to do if more banks start failing, I cannot imagine.”

The big winner? Intesa SanPaolo, Italy’s largest banks, which gets to take on the “good” assets of Veneto Banca and Banco Popolare di Vicenza with a 4.8 billion euro “thank you” from Rome and guarantees against up to 12 billion euros in losses. Intesa’s shares rose over 5% in Milan Monday.