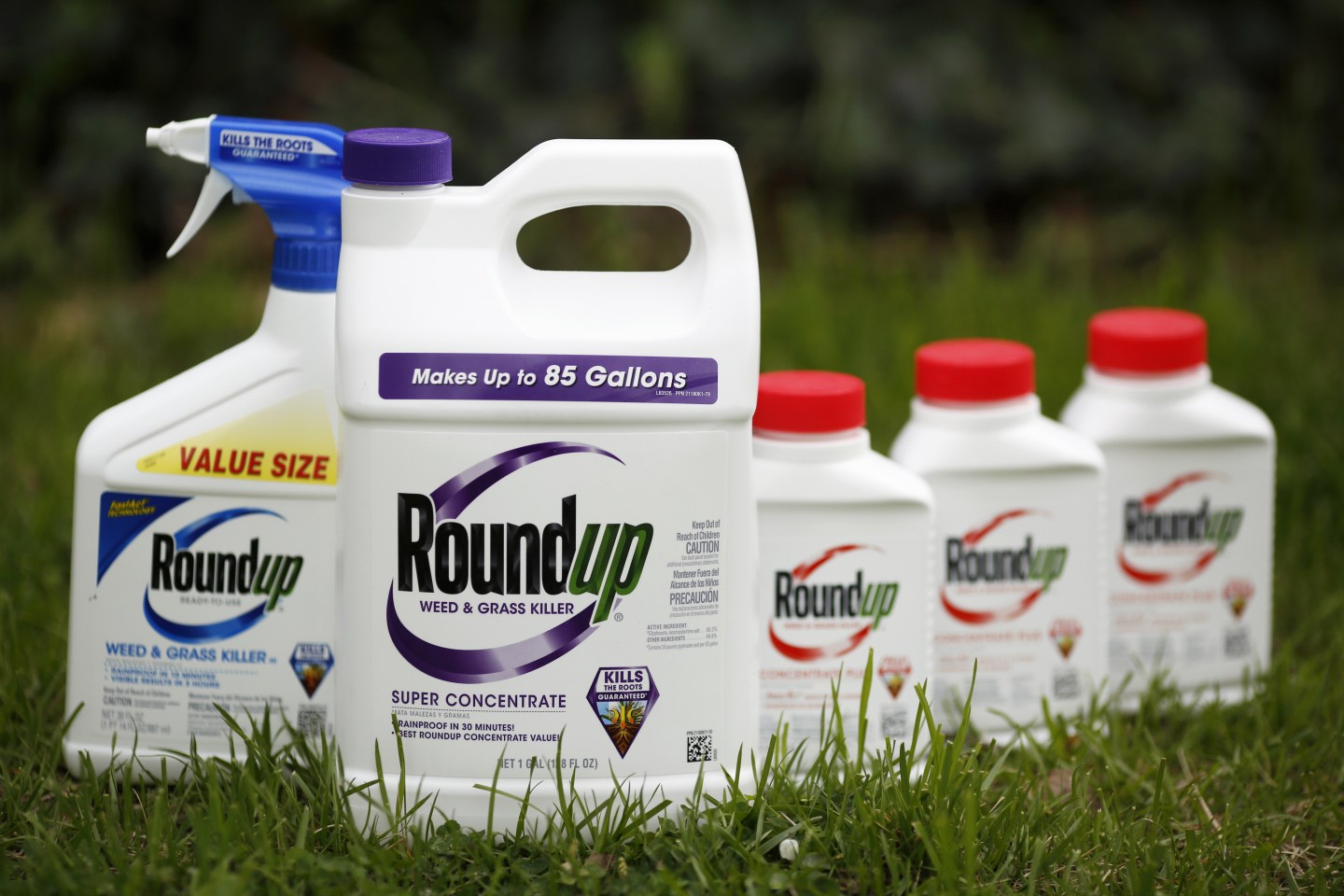 Glyphosate, an herbicide and the active ingredient in Monsanto’s (MON) popular Roundup weed killer, will be added to California‘s list of chemicals known to cause cancer effective July 7, the state’s Office of Environmental Health Hazard Assessment (OEHHA) said on Monday.

Monsanto vowed to continue its legal fight against the designation, required under a state law known as Proposition 65, and called the decision “unwarranted on the basis of science and the law.”

The listing is the latest legal setback for the seeds and chemicals company, which has faced increasing litigation over glyphosate since the World Health Organization’s International Agency for Research on Cancer said that it is “probably carcinogenic” in a controversial ruling in 2015.

Dicamba, a weed killer designed for use with Monsanto’s next generation of biotech crops, is under scrutiny in Arkansas after the state’s plant board voted last week to ban the chemical.

OEHHA said the designation of glyphosate under Proposition 65 will proceed following an unsuccessful attempt by Monsanto to block the listing in trial court and after requests for stay were denied by a state appellate court and the California‘s Supreme Court.

Monsanto’s appeal of the trial court’s ruling is pending.

“This is not the final step in the process, and it has no bearing on the merits of the case. We will continue to aggressively challenge this improper decision,” Scott Partridge, Monsanto’s vice president of global strategy, said.

Listing glyphosate as a known carcinogen under California‘s Proposition 65 would require companies selling the chemical in the state to add warning labels to packaging. Warnings would also be required if glyphosate is being sprayed at levels deemed unsafe by regulators.

Users of the chemical include landscapers, golf courses, orchards, vineyards and farms.

Monsanto and other glyphosate producers would have roughly a year from the listing date to re-label products or remove them from store shelves if further legal challenges are lost.

Monsanto has not calculated the cost of any re-labeling effort and does not break out glyphosate sales data by state, Partridge said.

“California‘s decision makes it the national leader in protecting people from cancer-causing pesticides,” said Nathan Donley, a senior scientist at the Center for Biological Diversity.