Rex Tillerson: Qatar and Arab Neighbors Should Sit Down to Reach Resolution 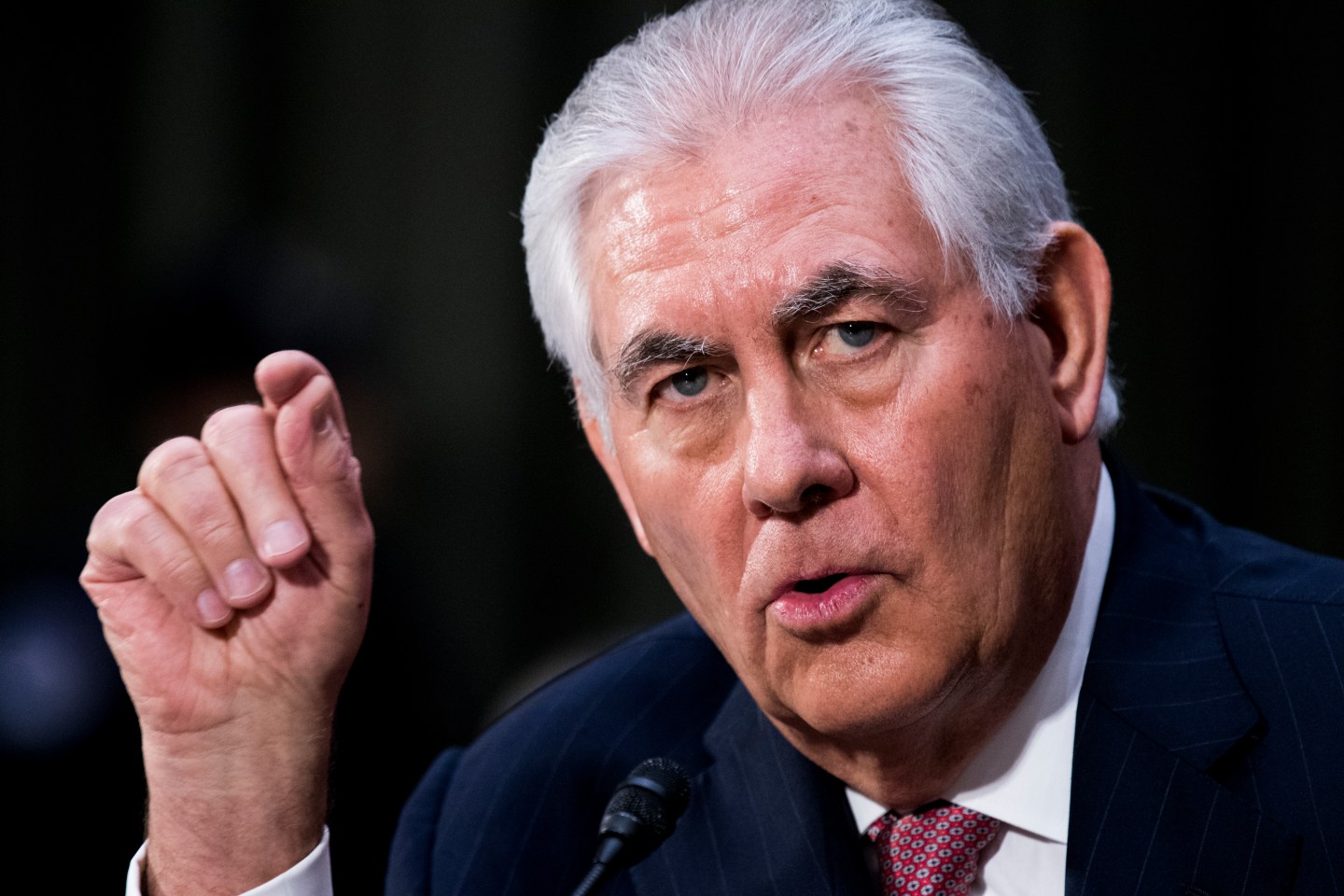 U.S. Secretary of State Rex Tillerson said on Sunday that Qatar and the four Arab states that imposed a boycott on their tiny but wealthy neighbor should sit down together in order to try to reach a resolution.

“A productive next step would be for each of the countries to sit together and continue this conversation,” Tillerson said in a statement. “We believe our allies and partners are stronger when they are working together towards one goal which we all agree is stopping terrorism and countering extremism.”

Saudi Arabia, Egypt, Bahrain and the United Arab Emirates have sent a 13-point list of demands apparently aimed at dismantling Qatar’s two-decade-old interventionist foreign policy which has incensed them. Kuwait is helping mediate the dispute.

“A lowering of rhetoric would also help ease the tension,” Tillerson said, adding that the United States will remain in close contact with all the countries involved.