Why Trump Should Be Taping His Conversations 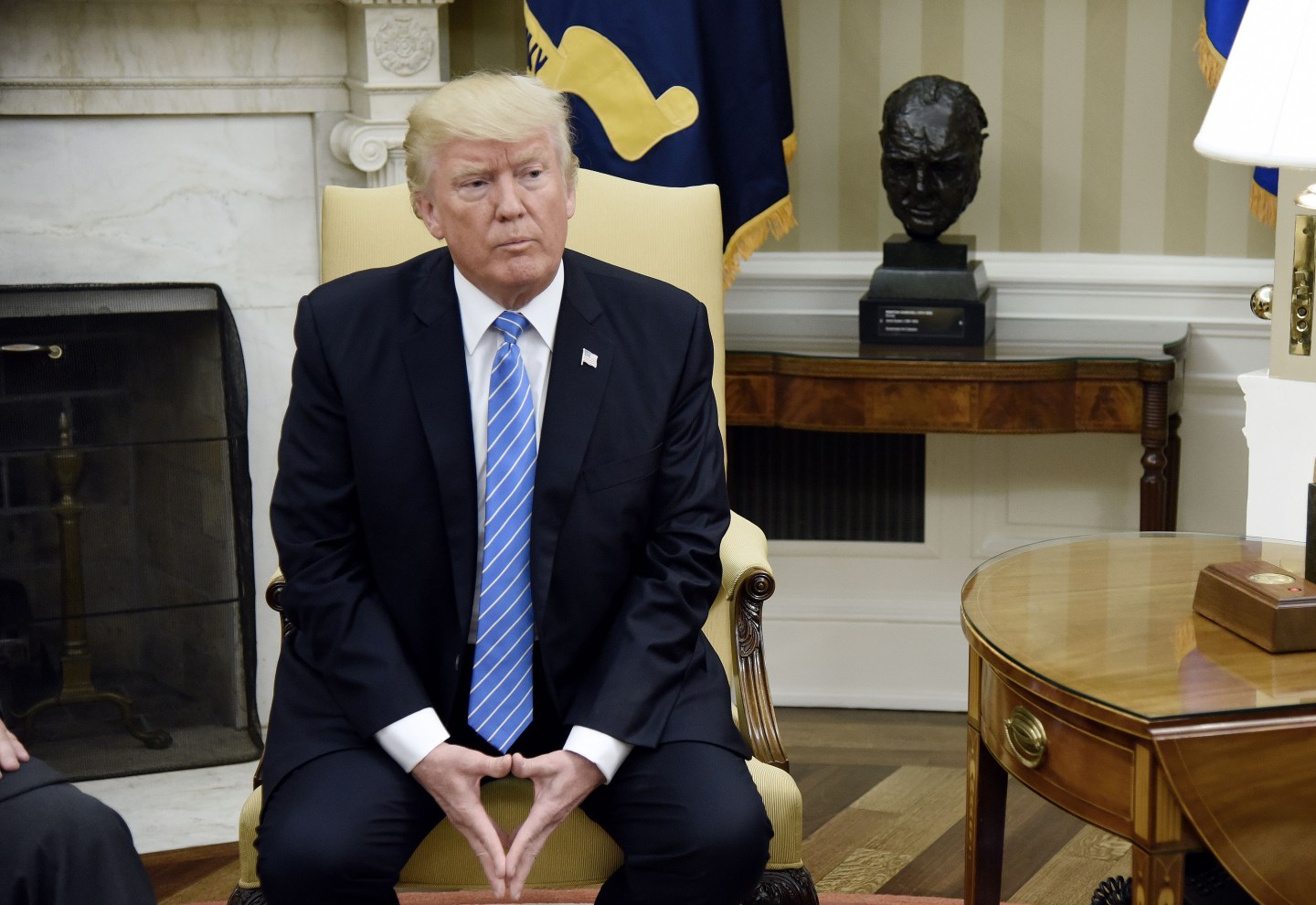 Since President Donald Trump’s inauguration there have been countless comparisons to former President Richard Nixon. Perhaps no comparison is as intriguing as whether Trump, like Nixon, is taping in the Oval Office.

Trump finally broke the suspense on Thursday. “I have no idea … whether there are ‘tapes’ or recordings of my conversations with James Comey, but I did not make, and do not have, any such recordings.”

Anyone who has followed President Trump’s Twitter feed for very long can see how unusually disciplined that statement is. Rather than end speculation that Trump taped, or, possibly, is still taping, even more questions are likely to be raised that recordings do exist. The simple possibility that someone else had the task of making the recordings, and that they were not in his possession the moment he sent the tweet, is a scenario in which tapes could exist and Trump’s statement is still truthful. No president made their own tapes, from Franklin D. Roosevelt through Richard Nixon. Each had someone else entrusted with that task.

I, for one, hope Trump is taping his conversations. In fact, the historian in me wishes that all presidents did—not voluntarily, but according to statute. Wouldn’t it be great if we could one day know the truth of what happens in the Oval Office—even if the tapes were sealed for 50 years, or until everyone recorded was dead? If a president acted up, taped conversations could be the ultimate act of accountability to the people.

For more than a decade now, I have been transcribing Nixon’s secret White House tapes. To date, I have transcribed more than anyone else, and have made the audio available as a free public service online.

If Nixon’s tapes had not played a starring role in his downfall, he would have retired to California as planned and written his Churchillian multi-volume memoirs. Or, if he had not taped at all, odds are he would have completed his second term. But the tapes showed what Nixon knew and when he knew it—and that was enough to end his presidency.

As long as Trump avoids his own Watergate, his potential tapes will remain secret. The Trump tapes would then have to be processed decades from now for eventual public release by the National Archives and Records Administration, according to the Presidential Records Act.

But if Trump’s tapes were to come out as a result of the FBI or congressional investigations into his potential ties to Russia, making them will have been a catastrophic mistake. As Nixon said to David Frost in 1977, “I gave them a sword and they stuck it in and twisted it with relish.” Trump should not believe himself immune to the same fate.

For a president, the appeal to tape is multifaceted. It is the chance to shape history favorably. A president dares not leave their historical legacy in the hands of those who opposed them, or even to benign neglect. Also, as a general rule, a president cannot expect to be treated fairly during their lifetime. Tapes can be very helpful to overcome this—a way of leaving their unfiltered thoughts to future generations.

Trump may always be despised by his opponents, but that does not bother him as much as they may think. A president can still be consequential without being liked. But he will need a little mythology if he wants to leave behind a positive legacy.

Taping could help—as long as he doesn’t get caught.

Luke A. Nichter is an associate professor of history at Texas A&M University, Central Texas.