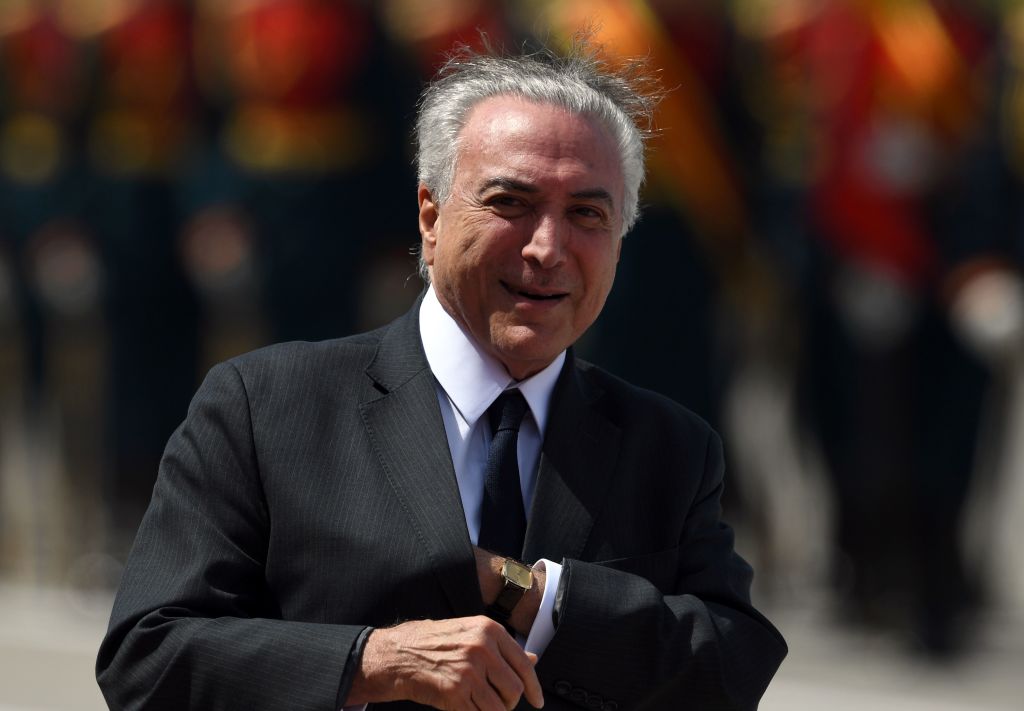 Brazil’s federal police on Tuesday delivered to a top court justice the bulk of their investigation into allegations that President Michel Temer took bribes in exchange for political favors doled out to the world’s largest meatpacker, JBS (JBSAY).

The document, made public by the top court, is a significant step in the investigation, which is widely expected to lead to Brazil’s top federal prosecutor lodging corruption charges against Temer by the end of next week, according to several sources with direct knowledge of the probe.

It also adds to doubts that Temer will be able to push through badly needed economic reforms through congress, needed to spark Brazil’s economy just as it emerges from its worst recession on record.

Temer has repeatedly said he is innocent of all accusations against him.

Antonio Oliveira, a lawyer for Temer, told Reuters in a written statement on Tuesday that he had no comment about the police report. Temer is currently on a foreign tour.

The press office at JBS did not immediately respond to requests for comment.

Under Brazilian law, the investigation into Temer is overseen by a single top court justice, Edson Fachin, who last month approved the graft probe into the leader.

The allegations are based on plea-bargain testimony from JBS executives, who say they paid Temer at least $4.6 million in bribes since at least 2010 to help win lucrative government contracts, resolve massive tax disputes with the government and free cheap loans from the state development bank.

JBS executives say that they paid about $154 million to nearly 1,900 politicians in the past decade, as the company rapidly grew from a small meat producer to the top global position it now holds.

Once police conclude and deliver the entirety of their report into allegations against Temer to Fachin, the top federal prosecutor, Rodrigo Janot, can then lodge formal charges against the president. The partial report was delivered on Tuesday, because it was the original deadline that Fachin gave investigators, but police now have five more days to continue their work.

Janot is expected to level charges against Temer by the end of next week, according to several sources with direct knowledge of the probe.

But Brazil’s constitution mandates that any criminal charges against a sitting president must be approved by two-thirds of the lower house of congress. Only then can the Supreme Court try a leader.

Several lawmakers within Temer’s governing coalition have told Reuters in recent days they are confident they can block any charges that may be filed against the president.

But they also acknowledge that the leader would be politically weakened if he is officially charged with corruption, adding to instability.

Aides and lawmakers close to Temer have also told Reuters that if more evidence of corruption emerges against the leader, it would make it increasingly difficult for him to maintain his unwieldy government coalition. That would hike pressure on him to resign.

The investigation against Temer is separate from the multitude of probes prosecutors have launched in the last three years. Most center on large firms paying billions of dollars in bribes to politicians and executives at state-run firms in exchange for winning massive contracts.

Temer, four former living presidents, and dozens of congressmen are under investigation or, in the case of former leader Luiz Inacio Lula da Silva, on trial in connection to graft probes.