This Is Where Whole Foods (Soon, Amazon) Has Stores in the U.S. 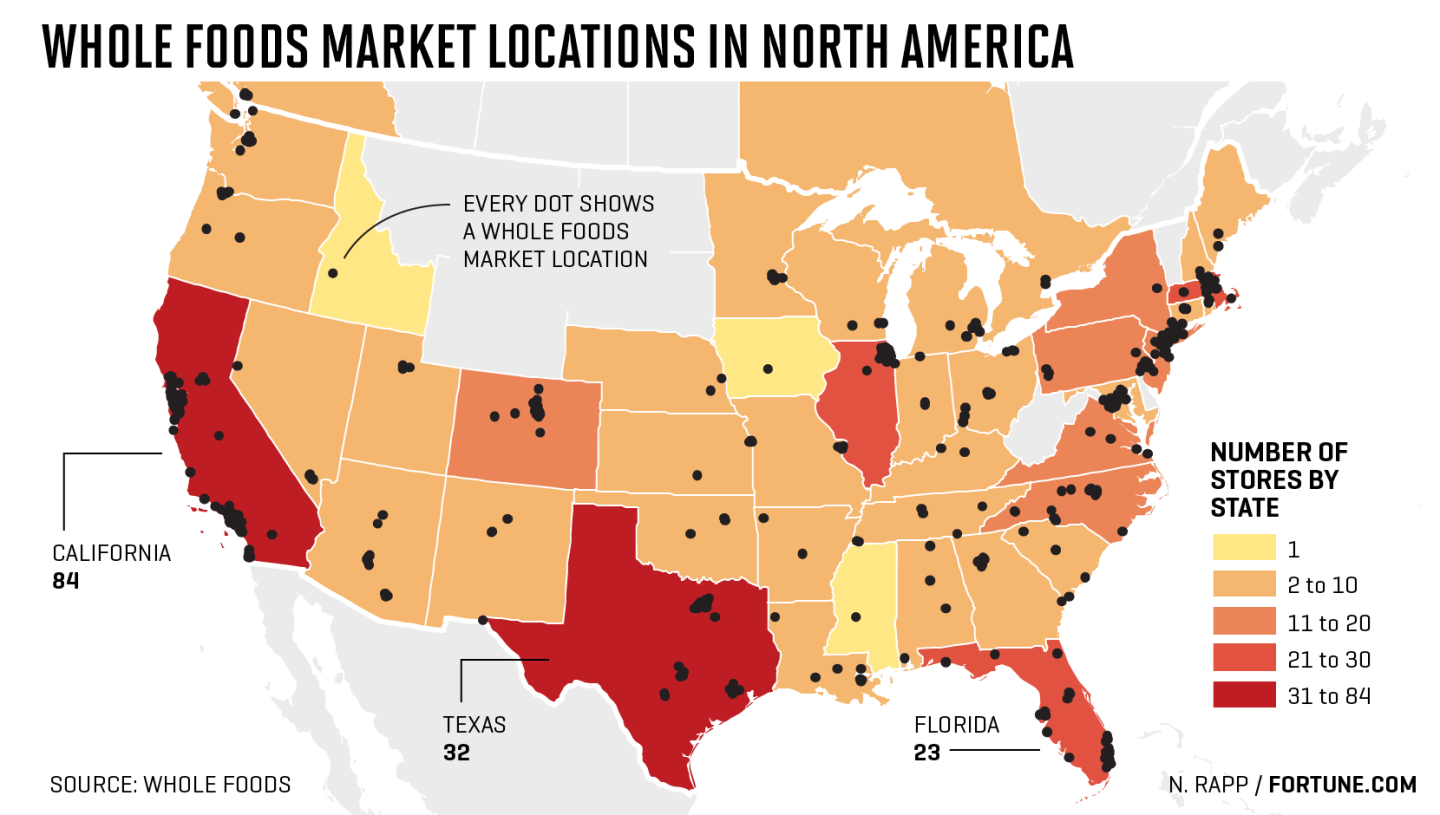 Amazon announced on Friday that it would acquire Whole Foods in an all-cash deal for $13.7 billion—an eye-popping sum for the popular and pricey natural foods purveyor.

As Fortune’s John Kell wrote on this very website, the deal is a shot across the bow for Amazon’s bitter rival Walmart, the top grocer in the U.S. and No. 1 on this year’s Fortune 500. (Amazon is No. 12.) A look at a map of Whole Foods locations in North America, as you’ll find at the top of this article, shows that Amazon is acquiring a substantial footprint for fresh food—the kind of infrastructure that could accelerate its AmazonFresh grocery delivery service much in the same way that Amazon’s network of fulfillment centers has accelerated its ability to sell, well, everything.

(It wouldn’t be farfetched to think that Amazon might use its Whole Foods footprint—more than 450 stores to date—for more than groceries, either.)

Scale has always been a key component of CEO Jeff Bezos’ strategy to outmatch Amazon’s rivals. As Michael H. Martin wrote in 1996 in Fortune’s first article about the company: “Like most Web retailers, Bezos says that the race is for market share first, profits later. ‘If we’re profitable within the next two years,’ he says, ‘it’ll be by accident.'”