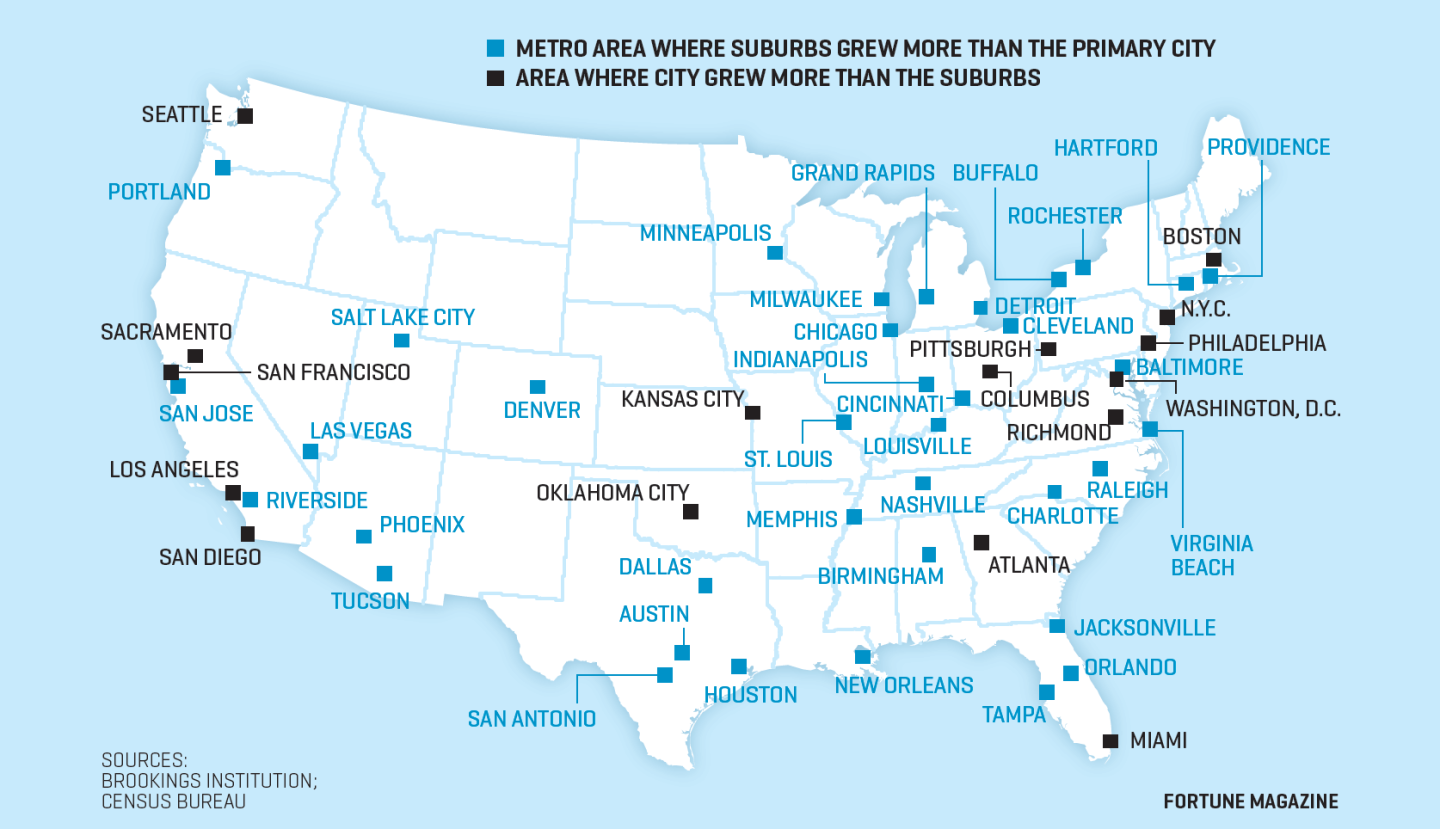 This decade, Americans were supposed to flock en masse to dense urban areas—giving up their cars in exchange for a utopian life of positive cluster effects.

And ever since 2010, when cities started growing faster than suburbs reversing a long-standing trend, that seemed to be happening. But according to recent statistics, last year for the first time this decade, suburbs’ population gains outpaced cities.

In particular, Sunbelt suburbs have been booming, according to analysis by William H. Frey at the Brookings Institution. They’ve outpaced Sunbelt cities, and handily outpaced Snowbelt suburbs, which in turn outgrew Snowbelt cities.

To be sure, this is just one data point: It could be a blip on the radar. Then again, it could also be the beginning of a return to Americans’ historic migration to sunny suburbs. The fastest growing metro area last year? Cape Coral Florida.

A version of this article appears in the June 15, 2017 issue of Fortune with the headline “Sorry, Urbanites: People Still Love Sunbelt Suburbs.“