Tamara Mellon on Launching Her Own Brand: ‘I’m Trying to Prove That Jimmy Choo Wasn’t an Accident’ 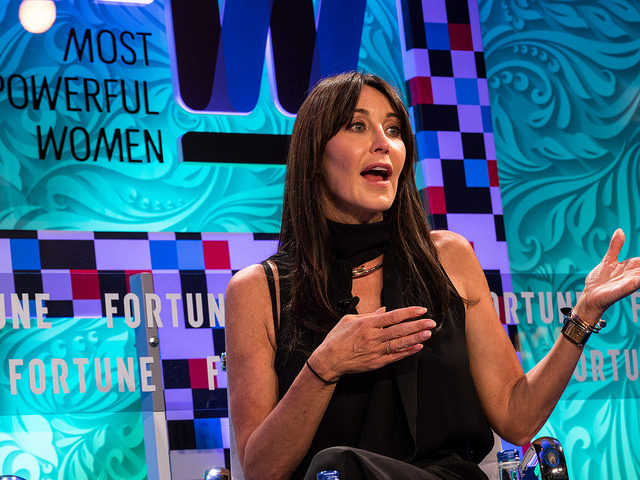 Despite all her success, Jimmy Choo co-founder Tamara Mellon still feels a need to prove herself.

Speaking Monday at the Dorchester Hotel in London during the Fortune Most Powerful Women International Summit, Mellon said that by creating her own fashion line, she was trying to show “that Jimmy Choo wasn’t an accident.”

Mellon founded the Tamara Mellon Brand in 2013, two years after leaving the luxury shoe company that she co-founded in 1996. Along with Choo, Mellon built the brand into a footwear empire before eventually selling off her stake to luxury goods group Labelux.

But when asked what it was like to walk away from the iconic shoe brand in 2011, the 49-year-old said it was the right decision. “It was incredibly difficult, but… I was just burnt out,” she told interviewer Pattie Sellers, executive director of Fortune MPW Summits and Live Content. “I mourned it while I was in it… but by the time I left I was ready to go.”

“I could have stayed for five more years and made a ton more money, but I felt I was selling my soul and I had to be happy within myself,” she added.

When speaking about her career trajectory, Mellon said that she has been spurred on by “a little bit of fear.” “When I was younger, I was motivated by this fire under me,” she explained. “It made me think ‘Oh my god, where’s my life going to end up if I don’t do something about it?'”

Born to an alcoholic mother and a father “overwhelmed” by the domestic situation, Mellon said she knew from a young age that she wanted to make her own money. “I never wanted to be dependent on my father or husband,” she told the Summit audience. “I wanted to make my own decisions.”

The British businesswoman left school without any qualifications and went to straight to work—a move she thinks has helped with her early success. “By the time I had founded Jimmy Choo, I had a sound knowledge of the industry and working with luxury products from selling on the shop floor,” she said.

Mellon’s advice for those hoping to break into the fashion world is to “just work—even if it’s not your dream job or exactly what you want to do, because you’ll think of ideas and things will come to you when you’re being active. It’s incredibly important just to work.”

But although the former Vogue accessories editor did not go to college and described herself as “terrible” in school, she does not recommend that her daughter, 15-year-old Minty, do the same.

“I tell [Minty] that an education is very important,” said Mellon. “I’m very proud of her—she’s pretty much a straight-A student, which I was not like at her age. I always say you have to follow your passion, and if you do then money will follow. Whatever [Minty’s] passionate about, I support her.”