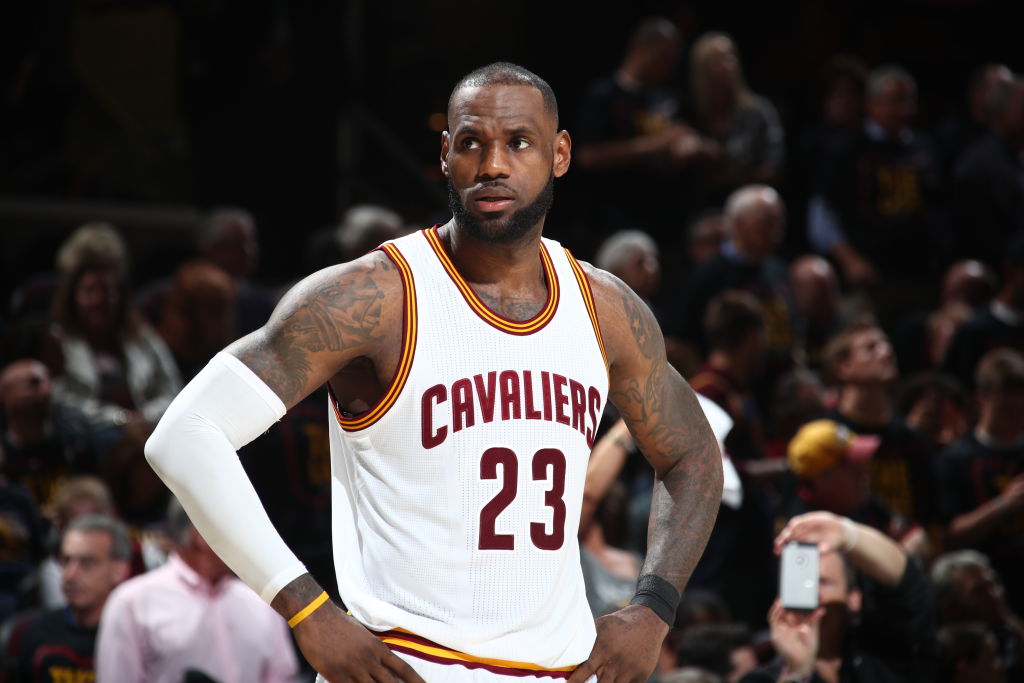 The Cleveland Cavaliers are facing some bleak odds. Down 3-0 against the Warriors in the NBA championships as they head into Game 4 tonight, the they need a win or it’s all over.

Luckily, they’ve been in a comparable situation before. During last year’s championships, the Cavaliers’ changes were similarly stark (ok not quite as grim, but still grim!) Down 2-0 (also against the Warriors), the team needed to reverse the series’ trajectory.

Lebron James turned to an unexpected source for help. According to ESPN, he gathered the players together in the locker room before Game 3, and played Steve Jobs’ 2005 Stanford commencement speech. In the address, which you can watch in full below, Jobs talks about the importance of building a narrative from individual events in your life.

“You can’t connect the dots looking forward; you can only connect them looking backwards,” he says. “So you have to trust that the dots will somehow connect in your future. You have to trust in something — your gut, destiny, life, karma, whatever. This approach has never let me down, and it has made all the difference in my life.”

The message apparently resonated, leading multiple players, including Richard Jefferson and Kevin Love, to reflect on their winding paths to get to the 2016 championships. This meditative, everything-happens-for-a-reason philosophizing also seemed to have an impact on the court: Cleveland went on to win Game 3. They lost Game 4, but won the next three matches to become first-time NBA Champions.

Fast forward a year, and we’re here again: the Cavaliers are down against the Warriors. Can they come from behind to pull another upset?

Maybe yes, probably no (Kevin Durant wasn’t around last year), but regardless — the team should consider giving Jobs’ commencement speech another listen. Maybe it will inspire another surge, or maybe it will add some comforting perspective should they come up short. Under the right Steve Jobs-inspired lens, losing can eventually become one small but essential part of a larger, more meaningful story.