This Startup Wants to Turn ‘Unboxing’ Videos Into a Big Business 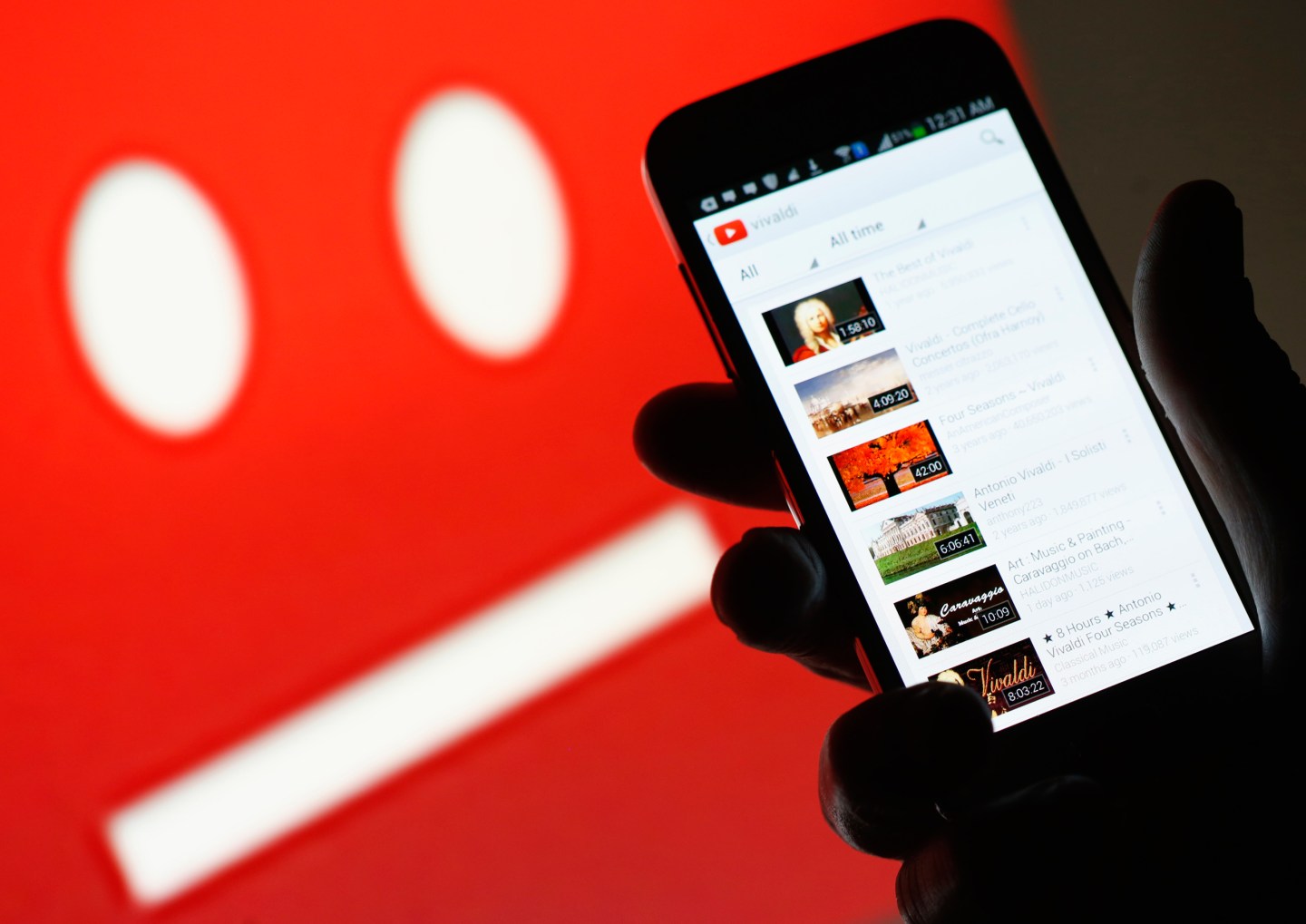 A picture illustration shows YouTube on a cell phone, in front of a YouTube copyright message regarding a video on an LCD screen, in central Bosnian town of Zenica, early June 18, 2014. Google Inc's YouTube said on June 17, 2014 that it plans to launch a paid streaming music service, amid criticism that its existing, free video website might block the music videos of labels that do not agree to its terms. YouTube has partnered with "hundreds of major and independent" music labels for the new service, the company said in a statement, confirming long-running rumors that the world's most popular online video website will offer a paid music service. REUTERS/Dado Ruvic (BOSNIA AND HERZEGOVINA - Tags: BUSINESS TELECOMS SCIENCE TECHNOLOGY MEDIA) - RTR3UCJB
© Dado Ruvic / Reuters REUTERS

Clips of people tearing open boxes containing the Disney’s Frozen Anna doll, the latest iPhone, and L’Oreal’s new line of makeup are among the fastest growing video categories on YouTube. They get an estimated ​10 billion​ views monthly, according to Tubefilter.

A new startup debuted on Thursday that hopes to make a business out of these popular videos. That company, Packagd, wants to become a mobile phone-focused version of QVC or Home Shopping Network (HSN), by turning the craze for so-called unboxing videos into an e-commerce business.

“One in five people on YouTube are watching unboxing videos,” Eric Feng, the startup’s CEO and founder, said in an interview with Fortune. “This retail content is entertainment.”

Packagd’s first app, called Unboxed, is focused on showing the unboxing of tech gadgets including smartphones, computers, and gaming consoles. It will feature YouTube videos of unboxings published by “unboxers,” with a message underneath linking to where to buy the item or related products.

Feng said that products listed will be available through Best Buy or Amazon. The video will also include a chat room where publishers of boxing videos can answer product questions.

He also said that his startup is working with a number of unboxing stars—yes, these people actually have fans— to showcase their content. In exchange, Packagd will pay the creators a share of the commissions it collects from retailers for funneling them customers.

Packagd will make money by working with marketers to sponsor certain shows. Eventually, the startup hopes to add another business line involving selling data it collects about its customers and their interests to retailers and manufacturers.

Unboxed is only the first of many apps planned by Packagd, said Feng, whose other day job is a venture capitalist at Kleiner Perkins; prior to that he was chief technology officer at video streaming service Hulu and at Flipboard. Later this year, he expects to debut separate apps for unboxing beauty supplies and children’s toys.

Many publishers of unboxing videos already make money on YouTube from advertising. Unboxed will therefore face the tough hurdle of competing with YouTube, which has a huge head start with hundreds of millions of users.

But Feng is undaunted, explaining that his app gives the publishers of unboxing videos yet another way to make money and to engage with their viewers.

Investors see some potential. On Thursday, Packagd announced that it has raised $6 million in Series A funding led by Dollar Shave Club and Jet.com-backer Forerunner Ventures and GV, the venture arm of Google-parent Alphabet. It brings Packagd’s total funding, which also includes a seed investment from Kleiner Perkins, to $7.5 million.

As Kirsten Green, founder of Forerunner Ventures, explained: “It’s important to think about what does the next generation of QVC will look like. Video is having a clear impact on the shopping opportunity and Packagd is starting with video content that already has a high level of engagement.”