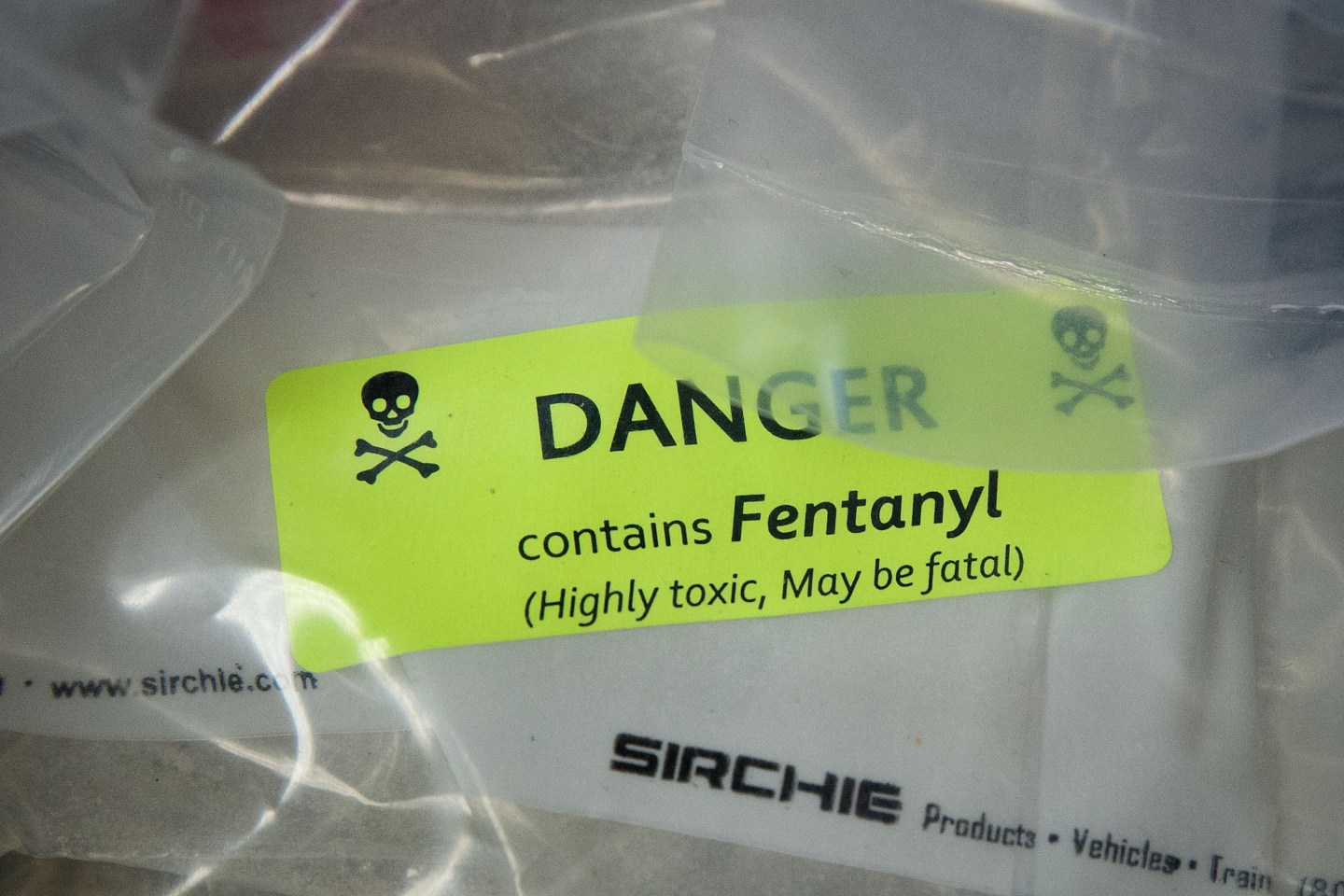 NEW YORK, NEW YORK - SEPTEMBER 23: Bags of heroin, some laced with fentanyl, are displayed before a press conference regarding a major drug bust, at the office of the New York Attorney General, September 23, 2016 in New York City. New York State Attorney General Eric Scheiderman's office announced Friday that authorities in New York state have made a record drug bust, seizing 33 kilograms of heroin and 2 kilograms of fentanyl. According to the attorney general's office, it is the largest seizure in the 46 year history of New York's Organized Crime Task Force. Twenty-five peopole living in New York, Massachusetts, Pennsylvania, Arizona and New Jersey have been indicted in connection with the case. (Photo by Drew Angerer/Getty Images)
Drew Angerer—Getty Images

The synthetic opioid fentanyl is so powerful that it could cause accidental overdoses in the very first responders who trying to save its victims, the Drug Enforcement Agency (DEA) warned in new guidelines released Tuesday.

“Fentanyl is deadly,” said Acting DEA Administrator Chuck Rosenberg in a video to American law enforcement officers. “Exposure to an amount equivalent to a few grains of sand can kill you. You can be in grave danger even if you unintentionally come into contact with fentanyl. This message about fentanyl could save your life or the life of a colleague, so please listen.” Rosenberg was accompanied by two New Jersey detectives who felt like they were dying after coming in contact with a tiny amount of the substance.

Fentanyl’s potency—particularly the strength of non-prescription versions of the drug created illegally and sold as either counterfeit pain pills or heroin—sets it apart from opioid treatments like OxyContin, other prescription painkillers, and even heroin itself. More than 33,000 American deaths involved opioids in 2015, according to the Centers for Disease Control (CDC), and opioid overdoses have quadrupled since 1999.

Last year, a photo released by the New Hampshire State Police Forensic Laboratory highlighted just how little fentanyl—a mere three milligrams of the substance—could cause a lethal overdose compared with an equally deadly quantity of heroin (30 milligrams, or ten times as much).

And the rate of fentanyl-related deaths has been rising sharply since 2013. CDC data show that incidents involving the drug nearly tripled between 2014 and 2015.

Drug deaths may also be continuing to spike. A recent New York Times analysis suggests that overdoses have now become the leading cause of death among Americans younger than 50, and that these fatalities rose 19% to 65,000 deaths in 2016, witch an even sharper spike possible this year.