Elizabeth Warren Is Getting Her Own Action Figure 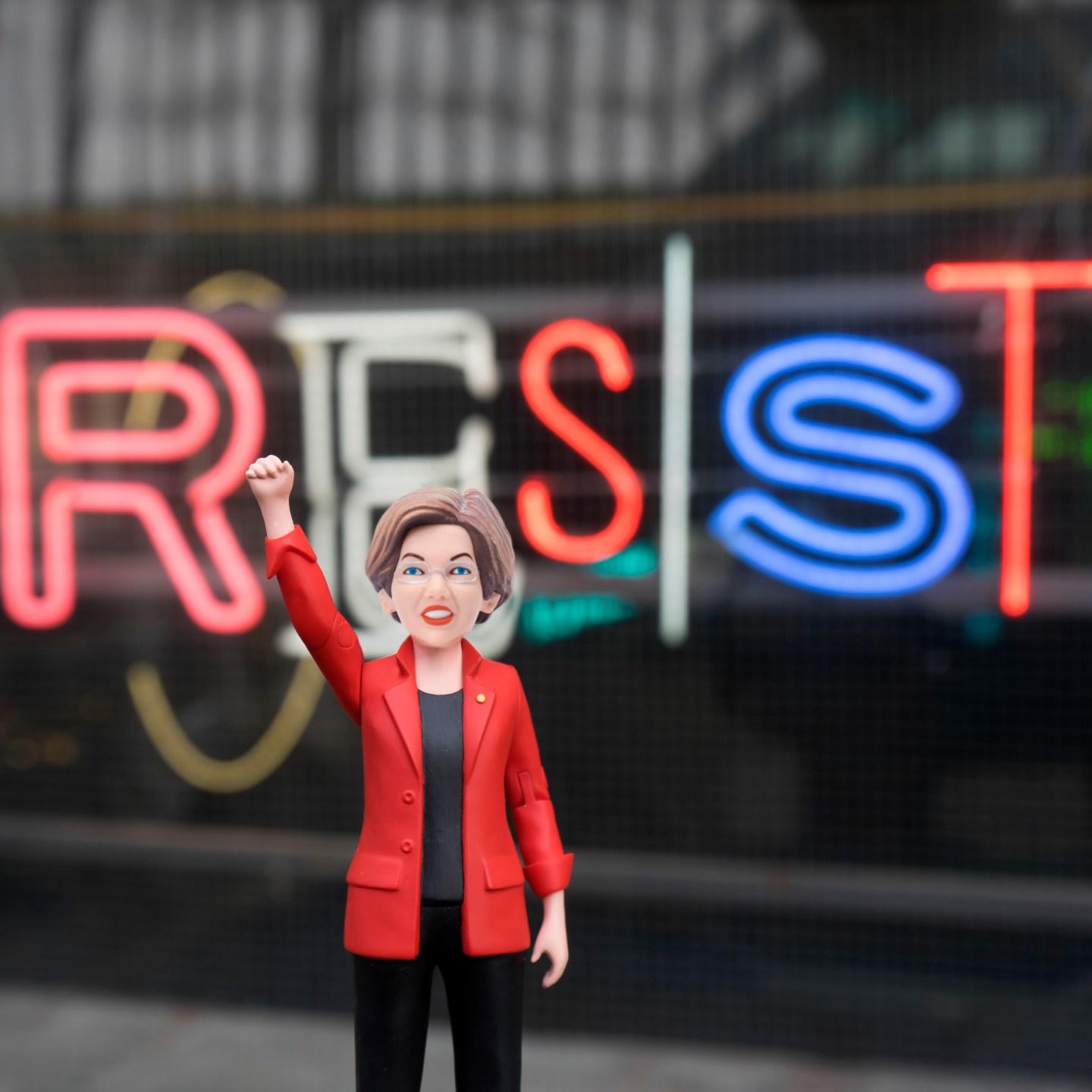 Sen. Elizabeth Warren (D-Mass.) is officially getting her own action figure.

A Kickstarter campaign launched on Tuesday by FCTRY, a Brooklyn, N.Y.-based company, has raised just over $50,000 as of Wednesday afternoon to create the Warren action figure. That’s about $35,000 more than the company’s original $15,000 goal.

The six-inch Warren wears a red and black pantsuit and is priced at $19.00. The action figure is painted with an “optimistic smile to give us hope,” wearing “rolled up sleeves to wrestle with big banks,” and a “power blazer to topple the patriarchy.” She’s also in “sensible boots to march on Washington.”

The company hopes to accomplish more with Warren’s action figure than just make people laugh: A portion of the profits will be donated Emily’s List, a non-profit PAC that helps get pro-choice Democrat women elected to office, Jason Feinberg, CEO and creative director of FCTRY, tells Fortune.

“We wanted to donate directly to Elizabeth Warren’s 2018 Senate campaign but because of the way campaign finance laws work, this seemed like a better way to go,” he says.

This isn’t the first time FCTRY has created political action figures. In the past, the company has created a Hillary Clinton action figure, as well as ones of Bernie Sanders and President Donald Trump. And while Feinberg says he had the idea to create a Warren figure after the success of the Bernie Sanders action figure in 2016, “we just weren’t sure if there was enough attention on her, nationally, to make the project successful.”

“We literally decided the very next morning that we were going to make her,” he says.

Feinberg says he’s not too surprised that the action figure surpassed the $15,000 goal — but he wasn’t expecting it to happen so fast.

“This campaign is still not even two days old and we’ve already more than tripled the goal. That’s kind of nuts and we’re obviously really psyched about it,” he says. Production of the action figure should start in week or two, he adds.

A spokesperson for Sen. Warren declined to comment on the action figure when contacted by Fortune.