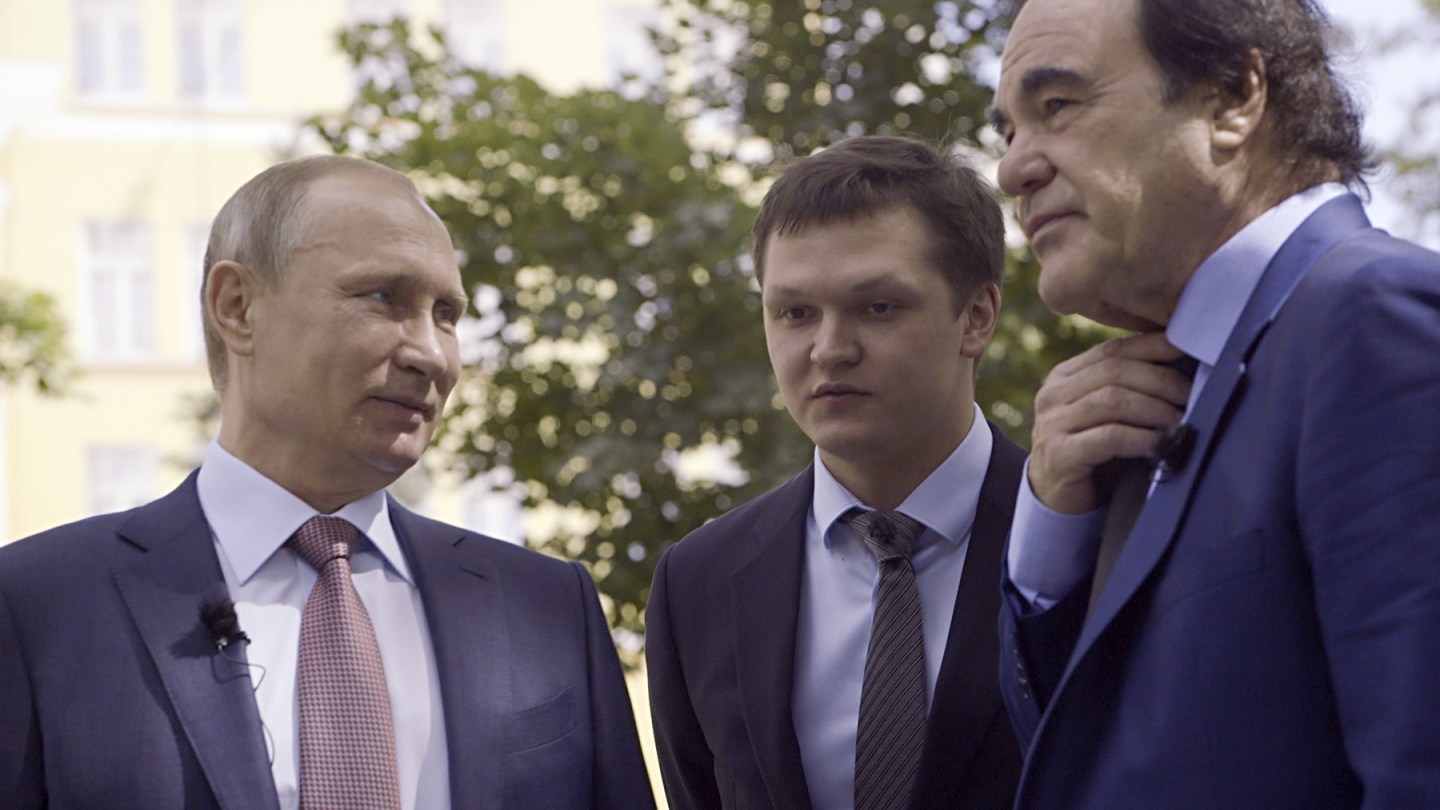 The series, called The Putin Interviews, will air on Showtime over four consecutive nights starting on June 12 at 9 p.m. ET. On Thursday, the CBS-owned premium cable network released a preview of the new series, the result of more than 36 hours of interviews with the Russian leader by Academy Award-winner Stone (Platoon, Snowden) over the course of two years.

The interviews are wide-ranging, with Putin discussing U.S.-Russian relations during his nearly two decades in power, criticism surrounding Russia’s involvement in crises in Syria and Ukraine, and allegations by the U.S. spy agencies that Russia interfered with the 2016 U.S. presidential election.

In new clips from the film released on Thursday, Stone asks Putin (a former KGB agent) about his country’s intelligence activities and surveillance. Putin responds that he thinks Russia’s intelligence activities are “working quite well” and are lawful. “Trying to spy on your allies, if you really consider them allies and not vassals, is just indecent,” Putin says in what seemed to be a swipe at the U.S. for reportedly conducting surveillance on friendly countries such as Israel and Germany. “Because it undermines trust. And it means that in the end it deals damage to your own national security.”

Stone also asks Putin about former NSA whistleblower Edward Snowden, the subject of Stone’s most recent film, who is currently living in Russia under asylum. Putin tells Stone that he does not think of Snowden as a traitor, but the Russian president also does not agree with Snowden’s decision to leak classified U.S. intelligence material. “If he didn’t like anything at his work he should have simply resigned,” offers Putin.

Another snippet of Stone’s conversations with Putin reveals the Russian leader’s thoughts about attempts on his own life by would-be assassins. After Stone says he’s heard of roughly five unsuccessful assassination attempts against Putin, the Russian president says it is essential that he trust his security team. “I talked with [Fidel] Castro about that,” Putin says of assassination attempts. “And he said to me, ‘Do you know why I’m still alive?’ I asked him, ‘Why?’ ‘Because I was always the one to deal with my security personally.’ I do my job, and the security officers do theirs, and they are still performing quite successfully.”