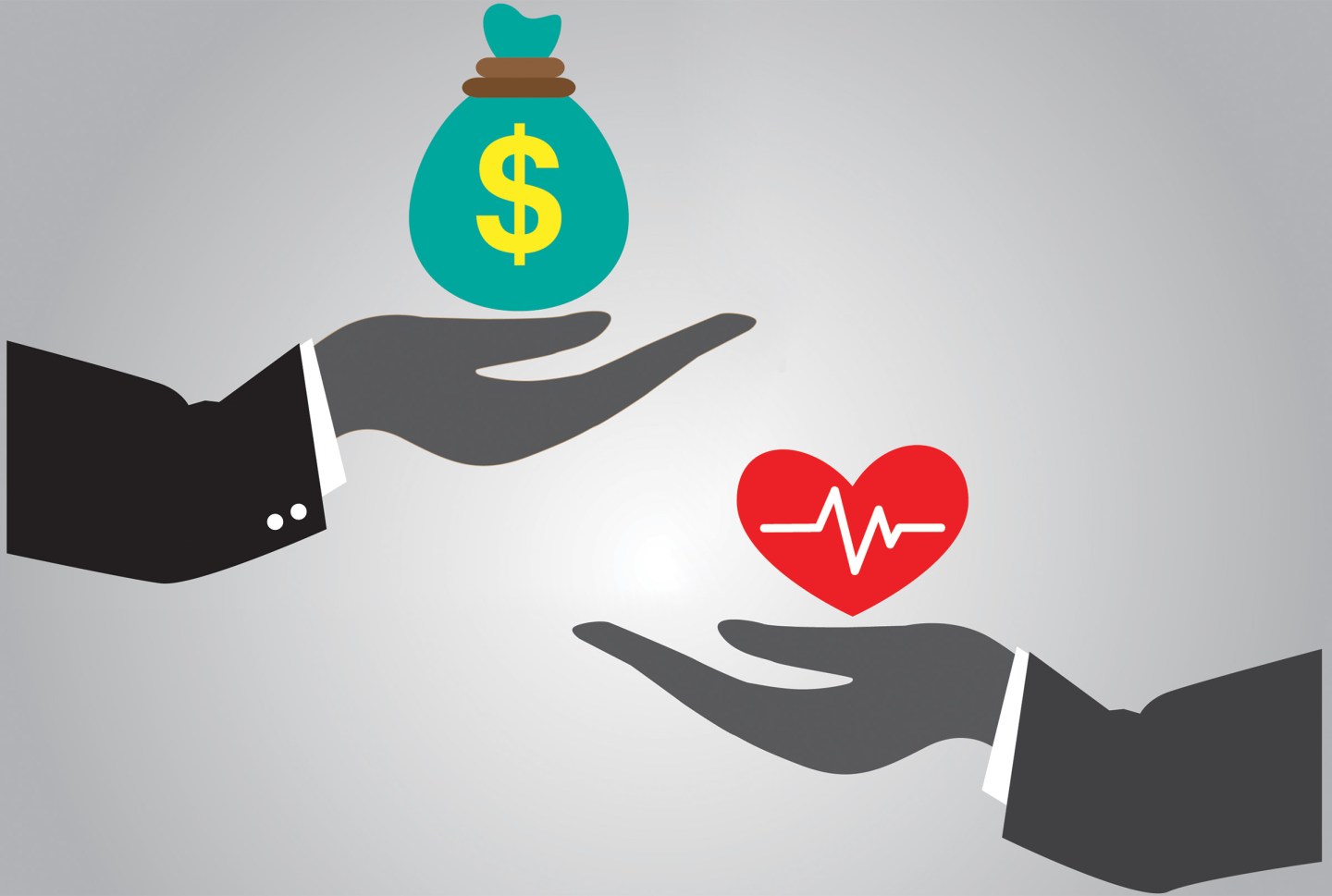 These are divided times. In Washington, a new administration has deepened the polarization of an already gridlocked political process. In the media, our disagreements are expressed, and often amplified, by a host of competing voices. The questions they address include: How should the Constitution be interpreted? Should we embrace free trade or focus on rebuilding our industrial base? What is the role of immigrants in our society? With so much to debate, issues that inspire true consensus are hard to come by. Yet there is one item on which everyone can agree: We all want to be as healthy as possible.

The proof is in our investment. The US spends 18% of its annual gross domestic product (GDP) on health. In 2015, this amounted to $3.2 trillion, a figure equal to the Germany’s economy. The country next in line in health spending, Sweden, invests 12% of its annual GDP — about two-thirds of what we spend. For additional comparison, most other peer countries spend about 9% of their GDP on health. Clearly, the US values well-being and is willing to pay for it.

But are Americans healthier as a result of this investment? They are not — in fact, far from it. American heath is, by most metrics, worse than that of all other rich countries. US child mortality, for example, is about seven per 1,000 children. Compare this to Finland, where child mortality is two per 1,000 children. Then there is life expectancy. A Japanese child born today can expect to reach the age of 84, while an American child can expect to reach age 79. This gap exists despite the fact that the U.S. spends about 7% more on health than Japan. America still manages to beat, barely, a country like Qatar, where life expectancy is age 78. This achievement becomes less impressive, however, when we consider that the US spends about eight times more per capita on health than Qatar. It is also worth factoring in the unique health challenges the US faces, such as the obesity epidemic, which costs the nation between $147 billion and $210 billion per year and adds to the burden of chronic illnesses, such as diabetes and heart disease. Would a truly healthy nation have such morbidity in its midst?

It was not always like this. America’s current poor health is principally the result of a decline that began around 1980. While the U.S. been able to improve life expectancy and reduce mortality from a number of diseases in the last 35 years, it have done so at a far slower rate than its peer countries. This has led other countries, in some cases, to outpace the US. For example, in 1980, life expectancy in Chile was 68; by 2014, it was 81. In the US, life expectancy also rose, but far less. It was 74 in 1980; by 2014, it was behind Chile at 79.

And we do not just suffer in comparison to other high-income countries. In 1980, Cuba had a life expectancy of 74, and of 79 in 2005. By contrast, according to the most recent data from the U.S. Center for Disease Control, the US had a life expectancy of 77 in 2005. Is this decline acceptable? How would we react if we saw a similar trend in another area where the US invests heavily — defense spending? Would we spend more and more on a military that grows weaker and weaker by the year? Doubtful. We would make a change.

How is it that we can care so much about health, and spend so much money on it, yet still fail to achieve a standard of well-being that equals or exceeds that of our peer countries? I tackle these questions in my upcoming book, Healthier: Fifty Thoughts On The Foundations Of Population Health. The answer is best expressed by the following metaphor:

Imagine you have a goldfish. You love this goldfish and want it to be healthy. So you tell it to swim 10 times counterclockwise in its bowl everyday so it can stay fit. You tell it not to eat too much of the food you provide so it can avoid obesity. You invest in the best veterinary care money can buy, so you can cure the fish when it is sick.

One day you wake up, only to find that your goldfish is dead. What happened? You were so busy telling it what to eat and how to exercise, and seeking out expensive treatments for its every sick care need, that you neglected a key aspect of its care: You forgot to change its water. And no amount of good behavior on the part of the goldfish—no matter how much exercise it got or how unimpeachable its diet—could make up for the fact that it lived in a fundamentally unhealthy context. Even the best doctors and treatments, sustained by sky-high medical costs, can only do so much when the conditions of poor health are allowed to become ubiquitous.

The goldfish in this metaphor is us. The water is the social, economic, and environmental conditions in which we live. These conditions shape the health of populations at a level that is deeper than our lifestyle choices or the capacity of curative care to treat us when we are sick. Indeed, these conditions determine whether or not we get sick in the first place. If we wish to avoid disease, and reap richer returns on our investment in health, we must work to create a healthier context. This means building safer neighborhoods, broadening the accessibility of quality education, investing in accessible non-polluting public transportation, and pushing for agricultural policies that put better ingredients in our foods, to name just a few areas of potential focus. It means making sure that the forces that govern our social relationships, our technology, our arts, and our industries all align towards a culture that promotes health—toward cleaner water. There is also the issue of the proposed repeal of Obamacare. While repeal would not help some of the poor trends I mention, health care can only do so much if we neglect the core determinants of health.

I realize that I am asking for a big shift in how the U.S. thinks, investing not only in drugs to restore Americans to health but in the conditions that keep them healthy to begin with. But, importantly, unless the nation does this, unless it cleans its ‘water,’ the country is going to continue to get sicker than people in peer nations and be less healthy, and die younger. This will take time, commitment, money, and a willingness to rethink where that money should go. Luckily, the U.S. is well-positioned to take these steps, despite the setbacks of recent decades. America has shown an encouraging willingness to invest in health. It must now invest smarter, so Americans can live healthier.

Sandro Galea is a professor and Dean of Boston University School of Public Health. His book, Healthier: Fifty Thoughts On The Foundations Of Population Health, will be published in June.