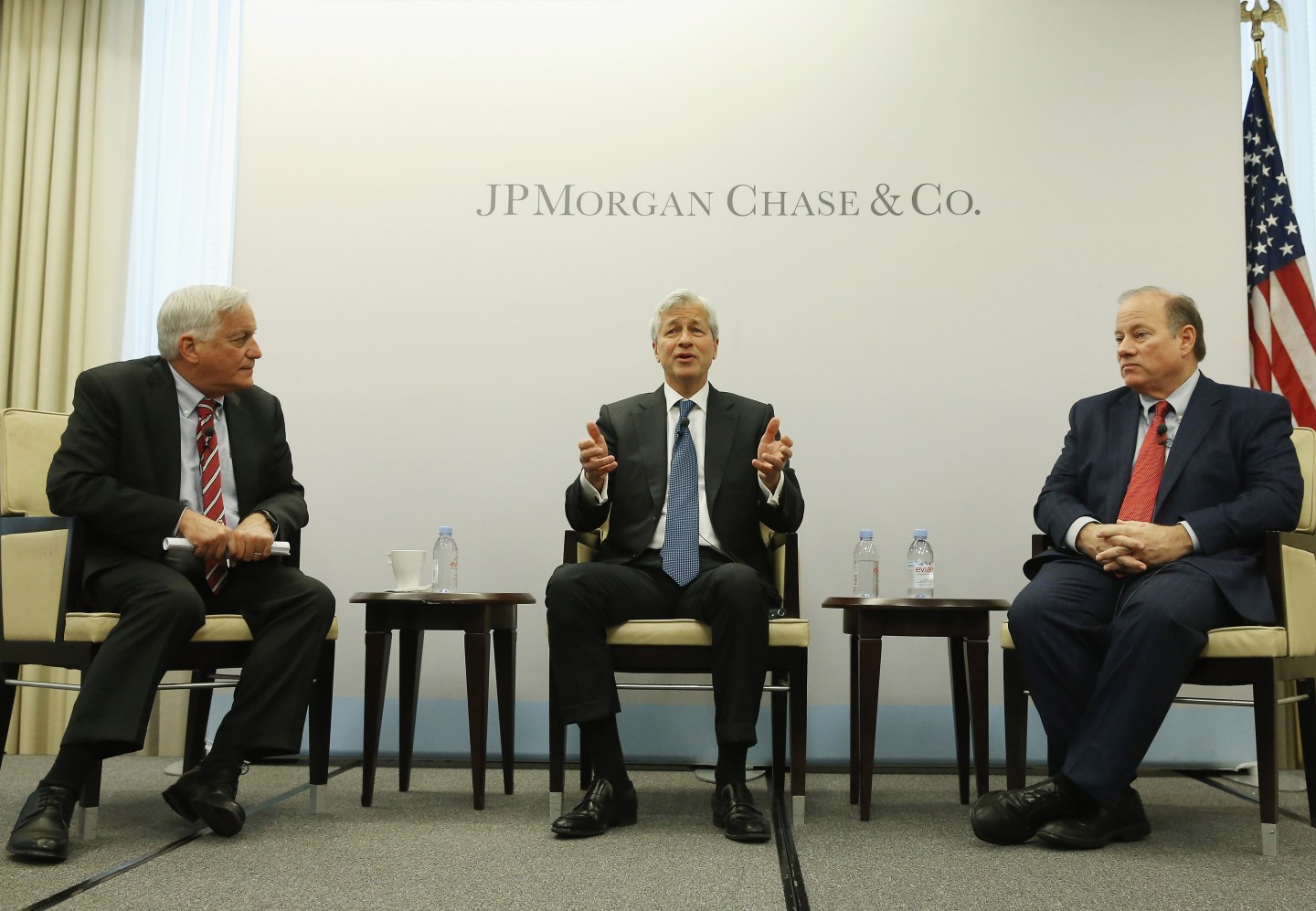 In J.P. Morgan’s first annual shareholders’ meeting since President Donald Trump‘s election, CEO Jamie Dimon was scrutinized for his ties to Trump as well as his pay package.

Dimon is a member of Trump’s strategic policy forum — a group of executives that meet with the President to discuss the economy. During J.P. Morgan’s shareholders’ meeting in Delaware on Tuesday, some shareholders called for the CEO to reject several of Trump’s policies, including those regarding immigration.

“He is the President of the United States, he is the pilot flying the airplane. I’d try to help any President of the U.S. because I’m a patriot,” Dimon said in remarks reported by the Financial Times. “That does not mean I agree with every policy he is trying to implement.”

It’s not the first time Dimon has used that metaphor.

“When you get on the airplane, you better be rooting for the success of the pilot,” Dimon said at the town hall event nearly two months ago. At that time, Dimon had noted that Trump seemed willing to listen to other opinions and change his mind.

“You’re starting to hurt my feelings,” he joked after several rounds of questioning. When one shareholder later noted that Dimon would earn $100 in the time it took to hear the shareholder out, Dimon quipped, “I hope it’s worth it!”

While that drew some laughter from the crowd, the shareholder was not amused.

“This is not a laughing matter,” he said.