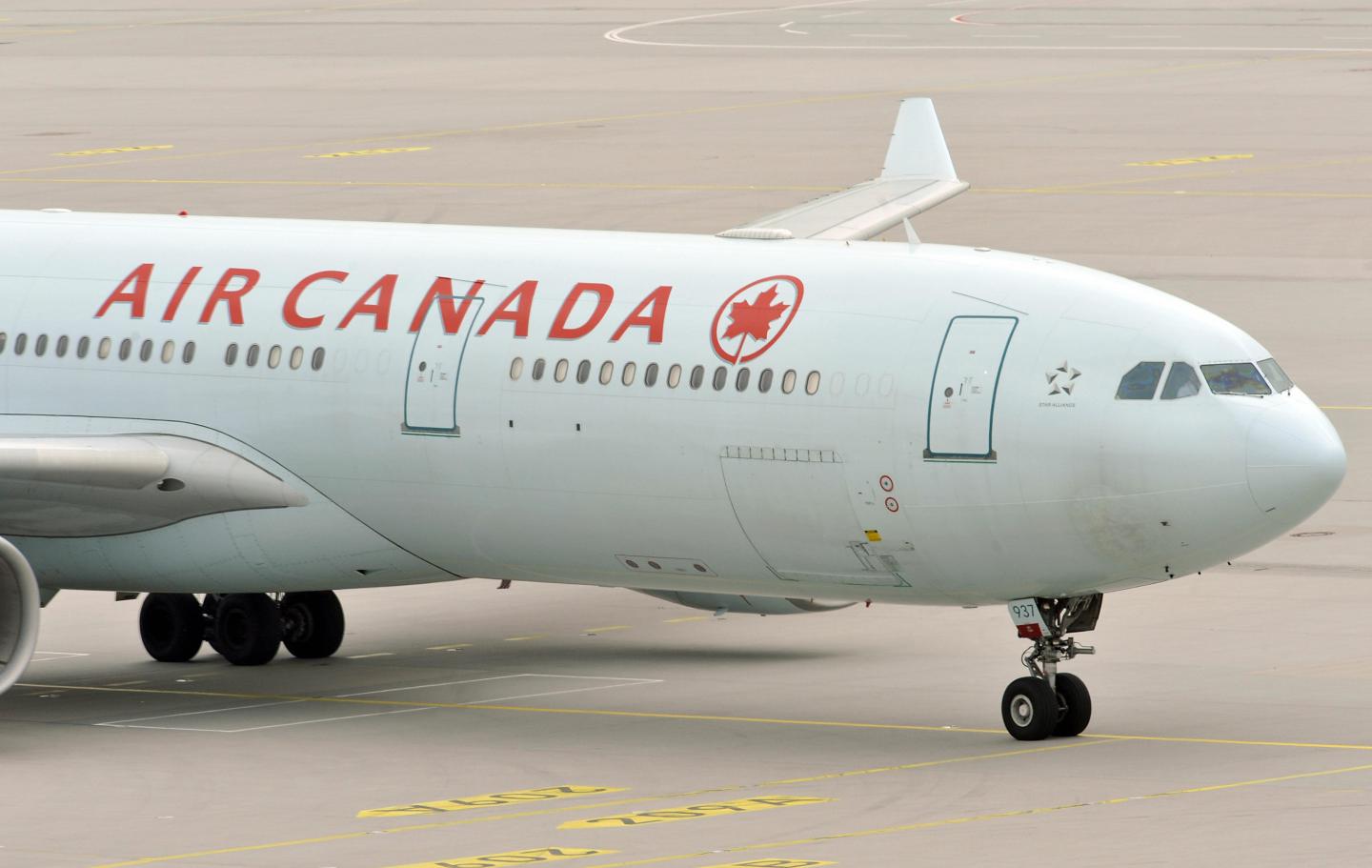 This story has been updated to reflect comment from Air Canada.

An Air Canada flight from Jamaica to Toronto made an emergency landing in Orlando, after a passenger tried to open the plane’s cabin door.

The Orlando Sentinel, citing a federal complaint, reports that the incident occurred just after the flight began experiencing turbulence. That’s when a Canadian man by the name of Brandon Michael Courneyea, 34, began shouting at other passengers for “looking at him,” according to the Sentinel.

Flight attendants reportedly tried to calm Courneyea, but didn’t have any luck. And, despite the fact the pilot had turned on the seat belt sign because of the turbulence, he reportedly began walking around the plane.

“Courneyea then stated that it would only take one guy to take the plane down and that he wanted to take everyone with him,” the complaint reads, and shortly after, he ran to the back of the plane, grabbed a coffee pot, and swung it at flight attendants, according to the Sentinel.

When he was confronted by the flight attendants, he reportedly “lunged for the rear cabin exit door and began to pull the door lever up to open the door. [He] then was restrained by crew members and fellow passengers on the aircraft,” the complaint continues.

When the plane made the emergency landing in Orlando around 8 p.m., Courneyea was arrested by federal agents. He was charged with interference with flight crew members and attendants, according to the Sentinel, which is a federal crime. The aircraft was required to stay in Orlando until federal agents could complete interviews.

In a statement to Fortune, an Air Canada representative confirmed the incident, saying: “Air Canada Rouge flight 1805, en route from Montego Bay to Toronto Monday night, diverted to Orlando due to an unruly passenger. Our crew are trained to respond to such situations and followed standard procedures to ensure the continued safe operation of the flight. Our Captain diverted the flight to Orlando where it landed safely.” The spokesperson also added it’s impossible to open an exit door while a plane is in flight.

The airline declined to provided any more details on the matter.