Warner’s ‘King Arthur’ Could Be a Huge Box Office Flop 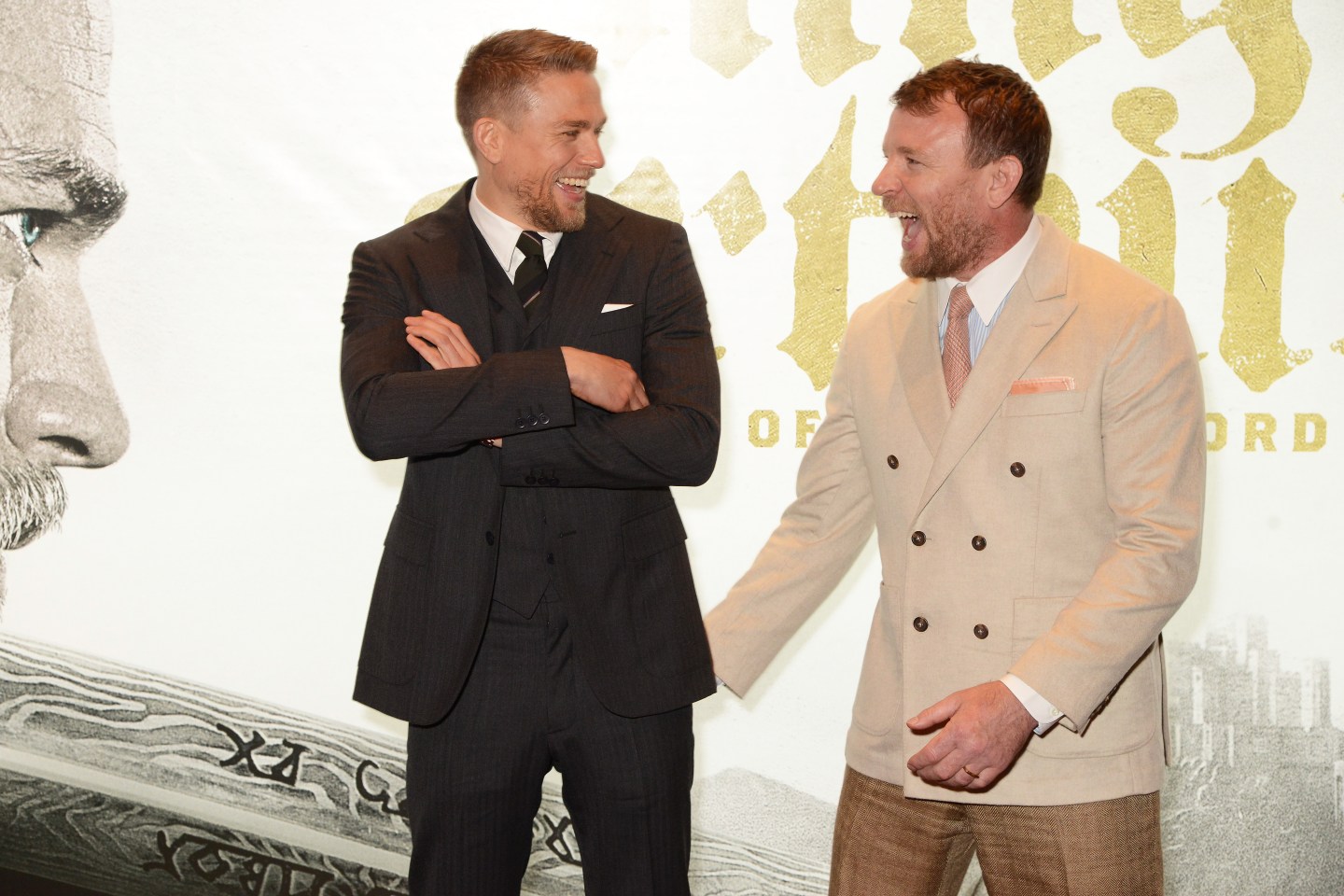 Warner Bros.’s King Arthur: Legend of the Sword debuts in theaters this weekend with a highly recognizable plot, a well-known director, and a handful of big-name stars. But those attributes won’t be enough to overcome a toxic critical reception and Disney’s latest high-flying superhero film.

In fact, not only is King Arthur an extreme long-shot to dethrone Marvel’s Guardians of the Galaxy Vol. 2 (in its second week in domestic theaters) at the top of the weekend box office sales ranking, but director Guy Ritchie’s (Snatch, Sherlock Holmes) action-packed retelling of the classic myth looks on pace to be a huge disappointment for Warner Bros. The Time Warner-owned film studio spent a reported $175 million to make King Arthur, along with millions more on a big marketing push, but Hollywood forecasters are predicting an opening weekend domestic box-office haul of around only $25 million for the action film.

Such a showing would likely put King Arthur far behind the reigning box office champ, with Guardians of the Galaxy Vol. 2 expected to pull in as much as $70 million in its second weekend in North American theaters. The intergalactic sci-fi romp has already collected more than $500 million in global box office revenue, and it could be on its way to becoming Disney’s latest billion-dollar blockbuster.

Now, Warner Bros. is in the unenviable position of hoping to at least place second behind Guardians, lest King Arthur also falls behind the weekend’s only other new wide release, the Amy Schumer- and Goldie Hawn-starring mother-daughter comedy Snatched. Made for only $42 million, and pegged to the Mother’s Day holiday weekend, Snatched is expected to make around $21 million domestically in its debut, according to Box Office Mojo.

Either way, it’s looking like a disappointing start to the summer for Warner Bros., which has several big-budget releases planned for the rest of 2017, none of which are total locks to be blockbusters. The studio already has two moderate successes this year in the animated LEGO Batman Movie ($310 million in global box office) and Kong: Skull Island ($564 million). The studio’s upcoming summer releases include next month’s DC Comics adaptation Wonder Woman and the World War II drama Dunkirk from Interstellar director Christopher Nolan. Warner’s most recent DC adaptations have suffered from poor reviews that weighed on the films’ earning power. So, the studio’s biggest question mark of the year will be November’s Justice League, which will bring together several superheroes from that universe of films, including Wonder Woman as well as Batman and Superman.

Negative reviews could ultimately be the undoing of Warner’s King Arthur, as well, with the new movie garnering only a 25% rating on Rotten Tomatoes, which aggregates critics’ reviews. (By comparison, Disney’s the Galaxy Vol. 2 has a rating of 81%.) Factored into King Arthur’s weak rating are a long list of scathing critic reviews calling the movie “disposable,” “wearying,” and “a brutal, bleedin’ mess.”