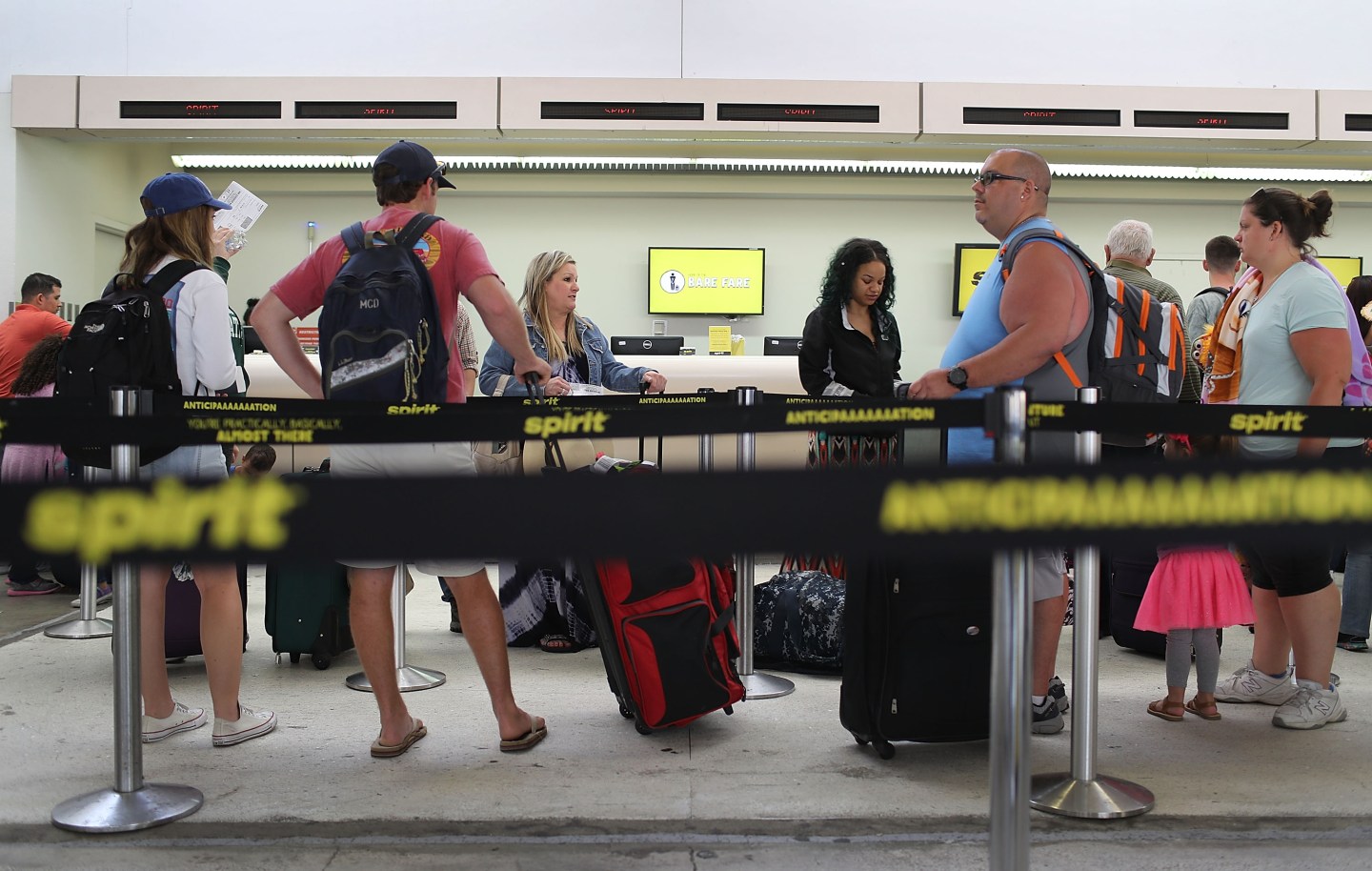 Since United Airlines passenger David Dao was dragged off his flight in April, airline customers, brands, and reputations have suffered significantly. Earlier this week, a riot broke out at a Florida airport after Spirit Airlines canceled nine flights, and video of a fight on a Southwest Airlines flight spread across the Internet.

The airline industry needs a win and, more importantly, a new vision to unveil to its customers, investors, and employees. Airlines also must show legislators and regulators how they will achieve better outcomes for passengers.

If airlines are serious about reversing customer dissatisfaction, not just focused on responding to headline scandals, the only solution is to offer service as reliable as that of companies like FedEx and Amazon. Improving their operations will lead to lower costs, vastly reduced delays, additional revenue, and for customers, perceptibly superior service.

An airline is a complicated, often global, business. Running an airline on time and with customers properly served means performing hundreds of tasks on thousands of flights a day—millions of tasks in total. Yet airlines typically perform at only a 90% success level on these tasks, which leads to a 60% overall total success rate, according to the Federal Aviation Administration’s Aviation System Performance Metrics (ASPM) and Operational Network (OPSNET) databases.

Carriers can start on repairing their customer service by improving all of the smaller operations that make up the entire flight experience. These include making sure the plane is properly maintained before departure, the whole crew is present before the flight, the flight leaves on time, service on the flight is top-notch, the plane door opens one minute after arrival, and the last bag is delivered to customers within 15 minutes of the aircraft parking.

If carriers could complete these smaller tasks with over 99% accuracy, their overall success rate would approach 90%. This, in turn, would reduce defects and complaints by 75%. Airlines would operate much more reliably and on time (actually on time, not with a 15-minute-late “fudge factor”). They could have higher-quality flights, lower costs, greater customer satisfaction, and improved airline profits.

This might sound ambitious, but why isn’t it possible? In what other service or process industry would a 40% defect rate be acceptable? Would you accept that from your Internet, cable TV, or mobile phone company? Yet airlines on average deliver only 60% of their passengers to their destination by the scheduled time, with checked bags delivered to them—a failing grade by any industry standard.

Making good on those failures is expensive to airlines and customers. A defect rate that high drives most customers to shop purely on price, not on service quality. In contrast, a well-run, on-time airline is actually a lower-cost airline—less time en route, fewer missed connections, and fewer apologies. A reliable airline has cheerful, more productive employees. Customers appreciate and prefer on-time, cheerful service, and show a greater intent to fly on that carrier again, even if its prices are slightly more than those of a more poorly run competitor.

So what keeps airlines from doing this today? Sadly, airlines clearly don’t believe that you, their customers, care about your flights being late, canceled, or poorly served, or that your bags are lost or damaged. They think that the incidents they’ve seen recently on social media are outliers. Actually, they are just the tip of the iceberg.

Airlines now need leaders that can see beyond their companies’ 1950s-style production processes and success rates, adopt a vision for operational excellence, and lead their industry into the 21st century—as other service industries have already done.

As Toyota demonstrated to the 1990s automotive industry, a single exceptional company can set the standard for an entire industry. Air travelers had better hope one of these companies comes along soon, or they’ll continue to endure mediocre service.