J.P. Morgan’s Big Bet on Detroit Is Paying Off 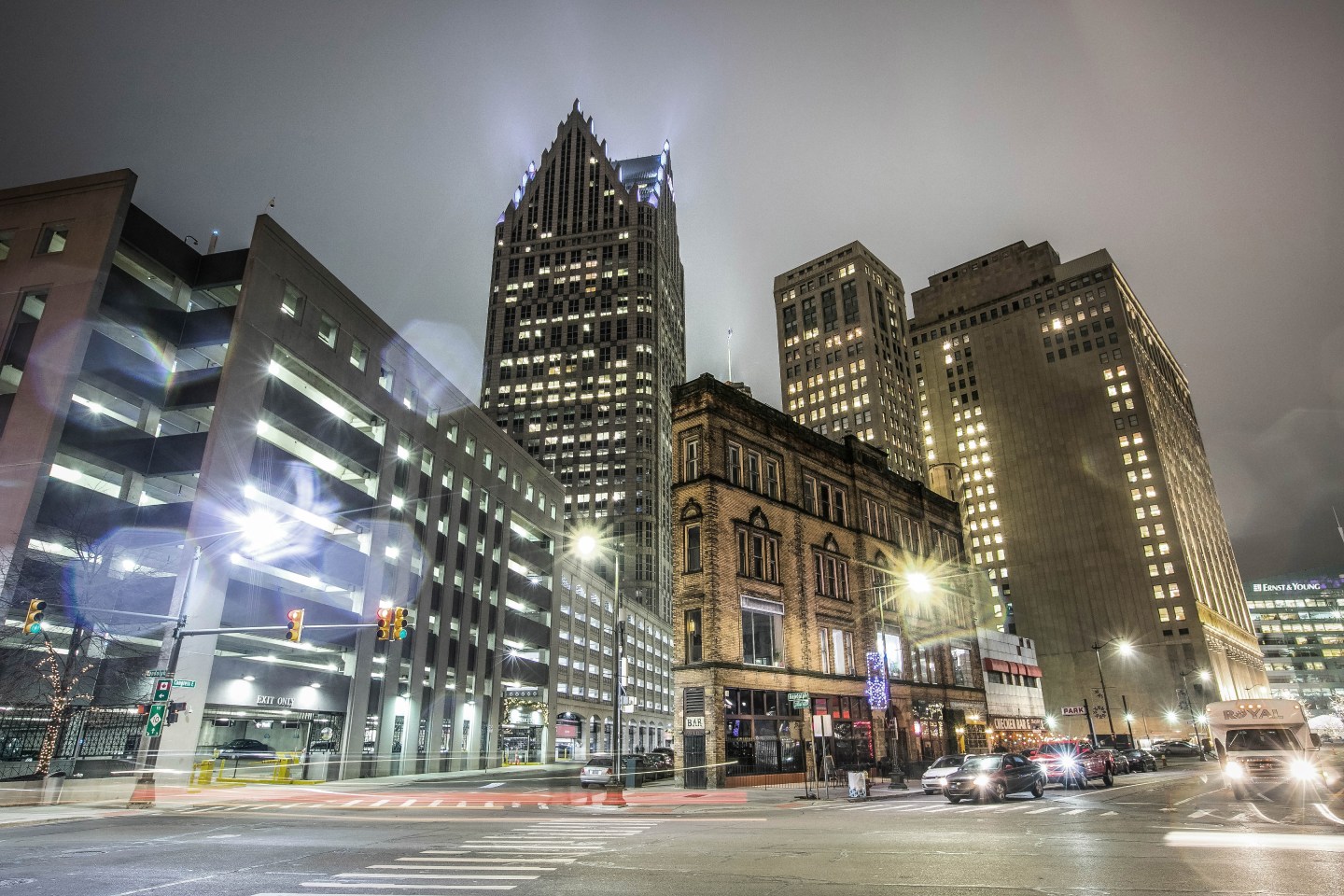 Give a man a fish and he’ll eat for a day. Teach him how to fish, and then lend him money at competitive rates to build a fish ‘n’ chips joint in a marginal neighborhood, and you’ve put an intriguing twist on corporate philanthropy.

That’s one takeaway from Invested in Detroit, J.P. Morgan Chase’s ongoing, multi-pronged effort to boost the economic rejuvenation of the famously economically challenged city. The initiative was originally launched in 2014 as a $100 million program, focusing on neighborhood revitalization, small-business development, and job training. It reached a new milestone on Wednesday, when J.P. Morgan announced that Invested in Detroit would increase its financial commitment to $150 million through 2019.

The program has made a small, but measurable, impact so far in a city that spent decades as a symbol of urban blight and political paralysis. Detroit Mayor Mike Duggan praised the initiative at a roundtable discussion Wednesday at the headquarters of Focus: Hope, one of the workforce-training nonprofits supported by Invested in Detroit. “We don’t want charity,” Duggan told the crowd, recalling the program’s origins. “We want a plan, where you can come in and make money, and other people can notice and follow suit.” J.P. Morgan’s decision to up its investment “sends a signal to businesses around the country and around the world.”

The Detroit initiative is the banking giant’s proof of concept for a broader pivot. J.P. Morgan devotes about $250 million a year to philanthropy, and it’s increasingly focusing its spending on strengthening the private sector. (That approach aligns Invested in Detroit with the growing effort among corporate leaders to align profitmaking with social needs, something Fortune has been devoting attention to with its Change The World list and its recently launched CEO Initiative.) In 2012, about 40% of the bank’s philanthropy was devoted to small-business development, job training, and other community-oriented investments, says Peter Scher, Head of Corporate Responsibility; today, it’s 95%.

Wednesday’s setting was resonant with that theme. Focus: Hope runs job-training services in two renovated buildings in a neighborhood pocketed with the kinds of overgrown lots and hollowed-out buildings that are more likely to fit outsiders’ Detroit stereotypes. Noise from the factory floor of Focus: Hope’s machinist training program periodically intruded on the roundtable.

Strikingly enough, J.P.Morgan fully expects to earn money from its good works. Much of the Detroit initiative involves loans, not grants. The bank’s corporate responsibility reports use the word “investment” quite often and “charity” much less. Scher told Fortune that 50% to 55% of the $107 million J.P. Morgan has invested in its Detroit campaign has taken the form of lending.

The difference maker is that lending is often going to small-business borrowers who would struggle to get approved for a traditional loan. J.P. Morgan’s involvement, in turn, is helping such projects attract other financing. As an example, the bank says, the roughly $50 million it has invested so far for commercial and residential construction has attracted $147 million in additional money to a total of 21 real estate projects.

“There were people at J.P. Morgan in New York who didn’t expect any of this back,” Scher told the crowd. Instead, he said, the loans have earned about $7 million through April, which J.P. Morgan is now reinvesting in the initiative.

Much of Detroit’s recent real estate investment has taken the form of higher-end housing downtown for millennial professionals—think glass-clad condos for the artisanal-donut set. But one consequence of that imbalance is that rents in Detroit are actually rising faster for working-class renters than for “lifestyle” renters who could afford to buy, according to commercial real-estate research firm Yardi-Matrix.

Some of J.P. Morgan’s funding has supported similar housing stock, but the company took pains Wednesday to stress that Invested in Detroit focuses heavily on middle- and lower-income groups. The program has created or preserved some 700 units of mixed-income housing, and provided loans and financial advice to Detroit’s existing homeowners.

J.P. Morgan has also rotated hundreds of its own staffers through Detroit on three-week stints to provide counseling, technical assistance, and data analysis to local nonprofits. The idea is to let the local partners lead, while the bank provides the financial expertise and infrastructure.

The company used Wednesday’s announcement to showcase Invested in Detroit’s other results to date. The score sheet includes:

Mayor Duggan cited a few recent hopeful data points for the city overall: There are more Detroiters working than at any time since 2009, according to the most recent job report from the Bureau of Labor Statistics; and local utility DTE Energy reports 3,000 more homes using electricity than there were a year earlier.