The Eurozone Economy Grew Faster Than the U.S. in the First Quarter 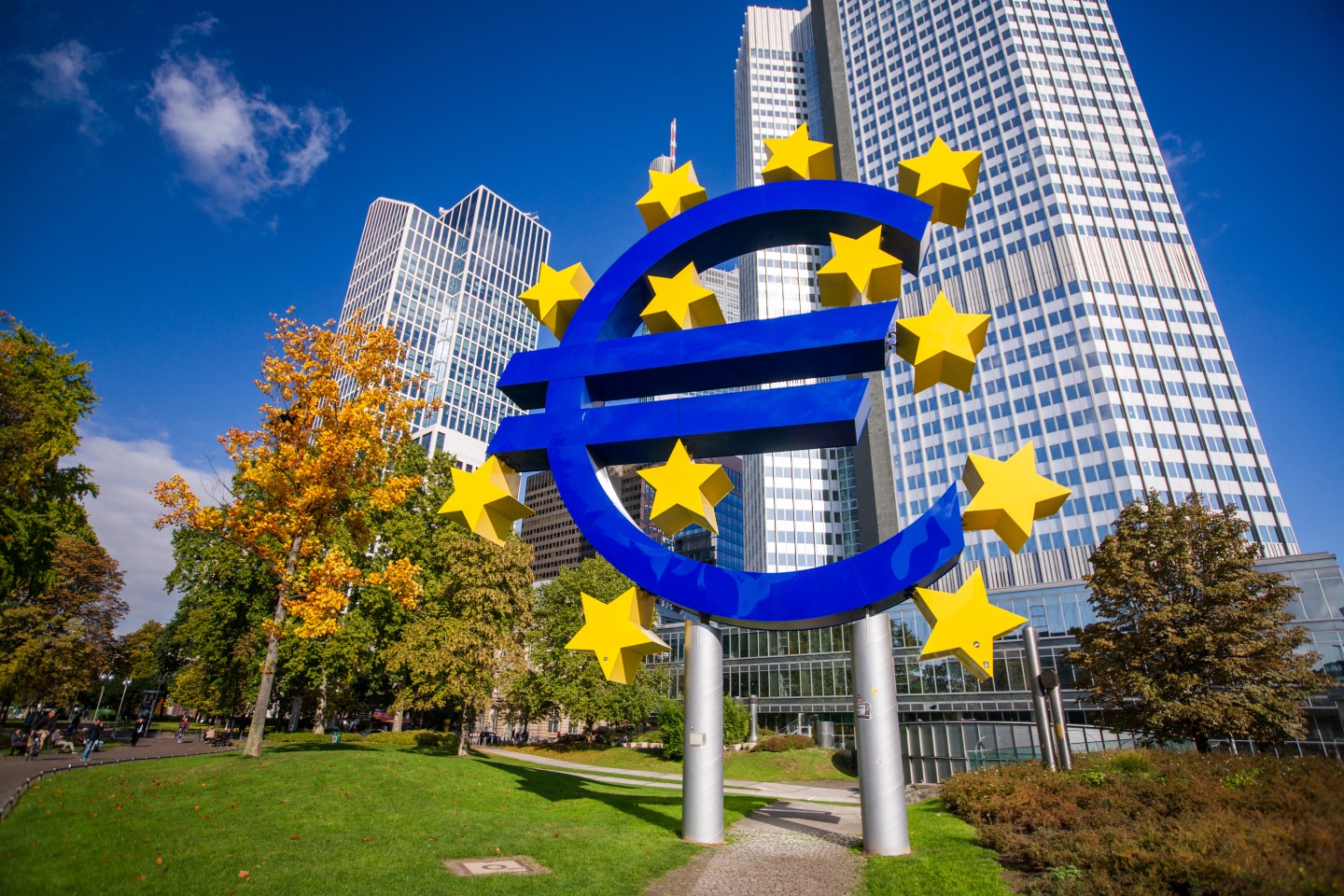 The Euro Symbol in the financial district in Frankfurt am Main.
Dennis Fischer Photography Getty Images

The Eurozone economy started the year with robust growth that outpaced the U.S. and set the stage for a strong 2017, preliminary estimates showed on Wednesday.

The improving economy may weaken the Euroskeptic parties that have gained ground in several EU states since the 2008 financial crisis, many of which have denounced the poor state of their economies and called for ditching the euro and returning to national currencies.

The gross domestic product of the 19-country euro zone bloc grew by 0.5 percent on the quarter in the first quarter, which translates to annualized growth of 1.8 percent in all of 2017, the European statistics agency Eurostat said.

The figure is much higher than the 0.7 percent annualized growth recorded in the U.S. that was reported last week. That was the weakest performance since the first quarter of 2014, according to U.S. estimates.

The weaker performance of the U.S. economy was a blow for the administration of Donald Trump, who has promised strong growth with a protectionist agenda. The contrasting data from the U.S. and the Eurozone may weaken the French presidential candidate Marine Le Pen, who is calling for tariff barriers to protect the French economy. She faces free-trade supporter Emmanuel Macron in a May 7 runoff, which polls show Macron is likely to win.

In a further sign of a strengthening recovery, Eurostat raised its estimate of growth in the final quarter of last year to 0.5 percent from 0.4 percent, also giving an annual growth rate of 1.8 percent.

“Bar a surprise at the French elections on Sunday, Eurozone growth is set for a strong 2017,” said Bert Colijn, senior economist at Dutch bank ING.

Eurostat didn’t break down the components of the GDP growth, but economists expected it was led mostly by domestic consumption and business investment.

Weaker domestic demand might reduce the pace of the expansion in the coming quarters as consumer prices rise.

“There remains the possibility that growth could be hampered by consumers being more reluctant to spend as their purchasing power is squeezed by overall higher inflation and limited wage growth in most countries,” said Howard Archer, chief European economist at IHS Markit.

First estimates released in April show inflation in the 19-country currency bloc was 1.9 percent year-on-year in April, up from 1.5 percent in March and just short of a four-year high of 2.0 percent recorded in February. However, European Central Bank President Mario Draghi last week had refused to pay too much attention to what he said were short-term and volatile indicators, saying “underlying inflation pressures continue to remain subdued and have yet to show a convincing upward trend.”

To illustrate that, industrial producer prices, also released by Eurostat Wednesday, retreated in March. Producer prices fell 0.3 percent in March and year-on-year growth slowed to 3.9 percent from February’s 4.5 percent (which was a five-year high).

It seems that the slowdown in producer price inflation largely reflected energy effects, which should continue to bear down on producer and consumer price inflation over the rest of the year,” said Jack Allen, European economist at Capital Economics.