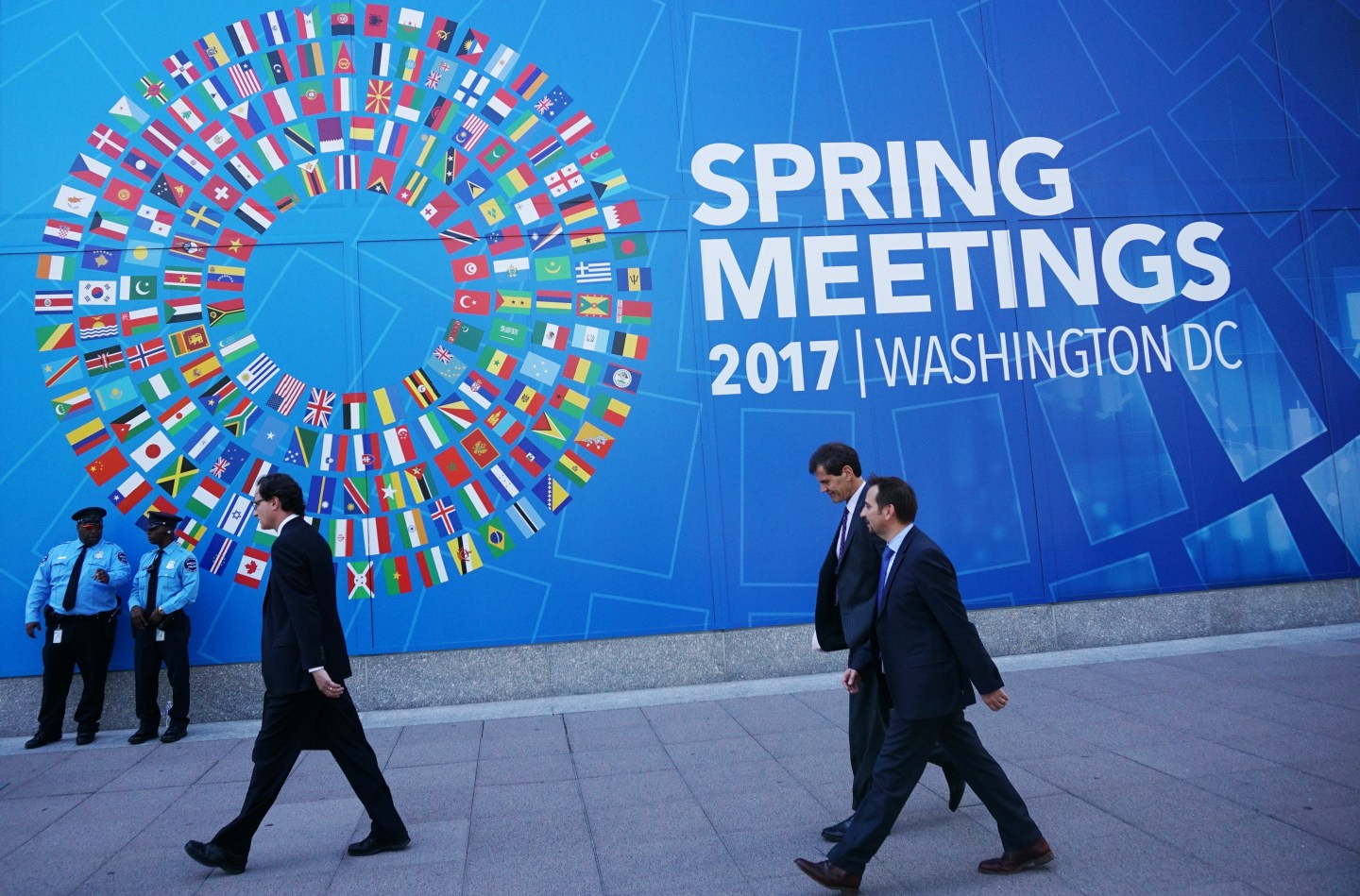 World finance leaders are gathering on U.S. President Donald Trump’s home turf on Thursday to try to nudge his still-evolving policies away from protectionism and show broad support for open trade and global integration.

“These meetings will all be about Trump and the implications of his policies for the international agenda,” said Domenico Lombardi, a former IMF board official who is now with the Centre for International Governance Innovation, a Canadian think-tank.

He added that IMF Managing Director Christine Lagarde is aiming to “socialize” the new administration to the IMF‘s agenda and influence its policy choices.

The IMF in particular has sounded warnings against Trump’s plans to shrink U.S. trade deficits with potential measures to restrict imports, arguing in its latest economic forecasts that protectionist policies would crimp global growth that is starting to gain traction.

Trump administration officials are now pushing back against such warnings by arguing that other countries are more protectionist than the United States.

Trump launched the week by signing an executive order to review “Buy American” public procurement rules that have long offered some exemptions under free trade agreements, and by lashing out at Canadian dairy restrictions.

In addition to warnings on trade, the IMF on Wednesday unveiled two studies pointing out dangers from fiscal proposals that Trump is considering. These included warnings that his tax reform ideas could fuel financial risk-taking and raise public debt enough to hurt growth.

Making tax reforms “in a way that does not increase the deficit is better for growth,” added IMF fiscal affairs director Vitor Gaspar.

The advice may simply be ignored, especially after U.S. Treasury Secretary Steven Mnuchin last month insisted that an anti-protectionism pledge be dropped from a Group of 20 communique issued in Baden-Baden, Germany, said Eswar Prasad, former head of the IMF‘s China department

“The IMF has little leverage since its limited toolkit of analysis-based advice, persuasion, and peer pressure is unlikely to have much of an impact on this administration’s policies,” said Prasad, now an international trade professor at Cornell University.

Mnuchin’s decision against naming China a currency manipulator last week removed one concern for the IMF ahead of the meeting.

Lagarde also noted on Wednesday that the IMF would listen to all of its members, and work for “free and fair” trade. Lagarde is set to interview Mnuchin on stage during the meetings.