Trump Backs Away From Labeling China a Currency Manipulator 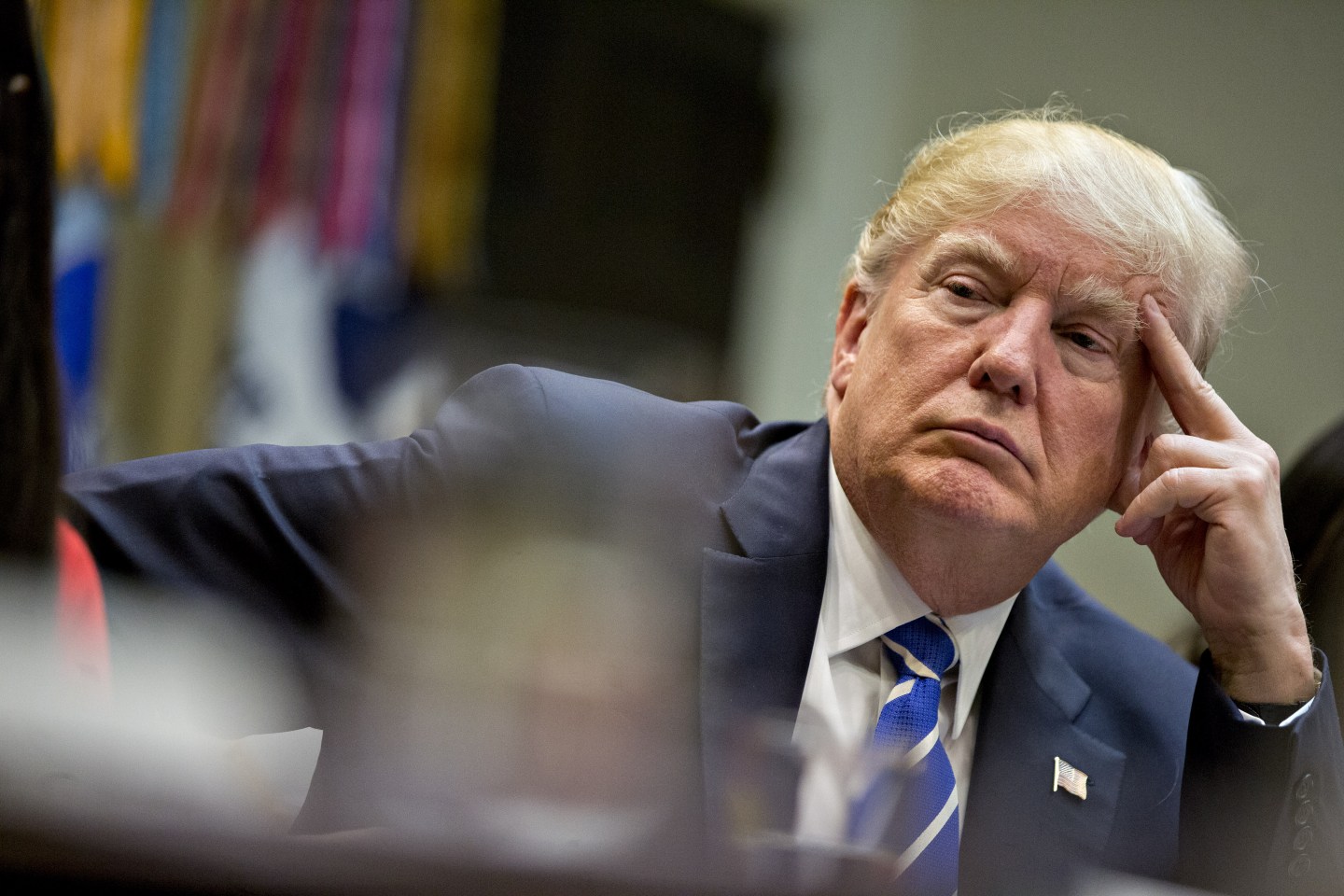 President Donald Trump said on Wednesday that his administration will not label China a currency manipulator, backing away from a campaign promise, even as he said the U.S. dollar was “getting too strong” and would eventually hurt the economy.

In an interview with The Wall Street Journal, Trump also said he would like to see U.S. interest rates stay low.

A U.S. Treasury spokesman confirmed that the Treasury Department’s semi-annual report on currency practices of major trading partners, due out later this week, will not name China a currency manipulator.

The U.S. dollar fell broadly on Trump’s comments on both the strong dollar and interest rates, while U.S. Treasury yields fell on the interest rate comments, and Wall Street stocks slipped.

“They’re not currency manipulators,” Trump told the Journal about China. The statement is a stark about-face from Trump’s campaign promises to slap that label on Beijing on the first day of his administration as part of his plan to reduce Chinese imports into the United States.

The Wall Street Journal paraphrased Trump as saying that the reason he changed his mind on the currency issue was because China has not been manipulating its yuan for months and because taking the step now could jeopardize his talks with Beijing on confronting the threat from North Korea.

The United States last branded China a currency manipulator in 1994.

Senate Democratic leader Chuck Schumer said in a statement that Trump’s decision to break his campaign promise on China was “symptomatic of a lack of real, tough action on trade” against Beijing.

“The best way to get China to cooperate with North Korea, is to be tough on them with trade, which is the number one thing China’s government cares about,” Schumer said.

Trump also told the Journal that he respected Federal Reserve Chair Janet Yellen and said she was “not toast” when her current term ends in 2018.

That was also a turnaround from his frequent criticism of Yellen during his campaign, when he said she was keeping interest rates too low. At other times, however, Trump had said that low rates were good because higher rates would strengthen the dollar and hurt American exports and manufacturers.

“I think our dollar is getting too strong, and partially that’s my fault because people have confidence in me. But that’s hurting – that will hurt ultimately,” Trump said on Wednesday.

“It’s very, very hard to compete when you have a strong dollar and other countries are devaluing their currency,” Trump told the Journal.

The dollar fell broadly Trump’s comments on the strong dollar and on his preference for low interest rates. It fell more than 1.0 percent against the yen, sinking below 110 yen for the first time since mid-November.

“The market had a big reaction, but I think it was an overreaction,” said Kathy Lien, managing director at BK Asset Management in New York. “He may just be hedging his bets by making sure that the American public realizes he’s not backing down on trade.”

The Fed in mid-March hiked interest rates for the second time in three months, increasing its target overnight rate by a quarter of a percentage point.

“It’s hard to talk down your currency unless you’re going to talk down your interest rates and so obviously he’s trying to get Janet Yellen to play ball with him,” Smith said. “There’s room for them to meet somewhere in the middle on that – to accomplish both things without driving the dollar higher by ratcheting up short-term rates.”