Steven Mnuchin: Trump Is ‘Absolutely Not’ Trying to Talk Down the U.S. Dollar 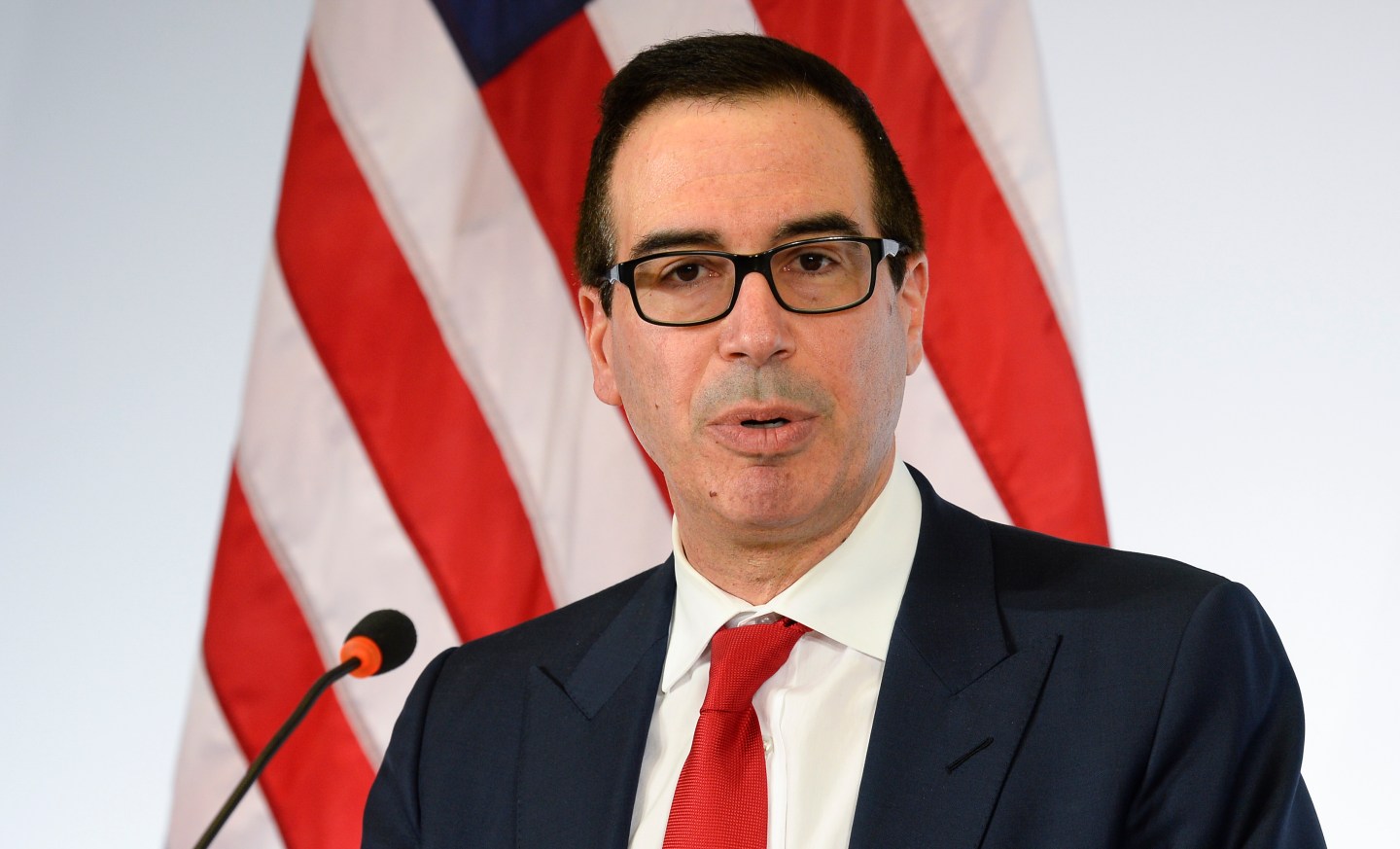 U.S. President Donald Trump is “absolutely not” trying to talk down the strength of the U.S. dollar, Treasury Secretary Steven Mnuchin was quoted as saying in Wednesday’s edition of the Financial Times.

Mnuchin’s remarks build on those first published in an interview with the FT late on Monday, in which he played down remarks by Trump in a Wall Street Journal interview last week when he said the dollar was “getting too strong.”

Asked if Trump’s remarks to the WSJ were an attempt to talk down the dollar, Mnuchin was quoted in Wednesday’s FT as saying “absolutely not, absolutely not.”