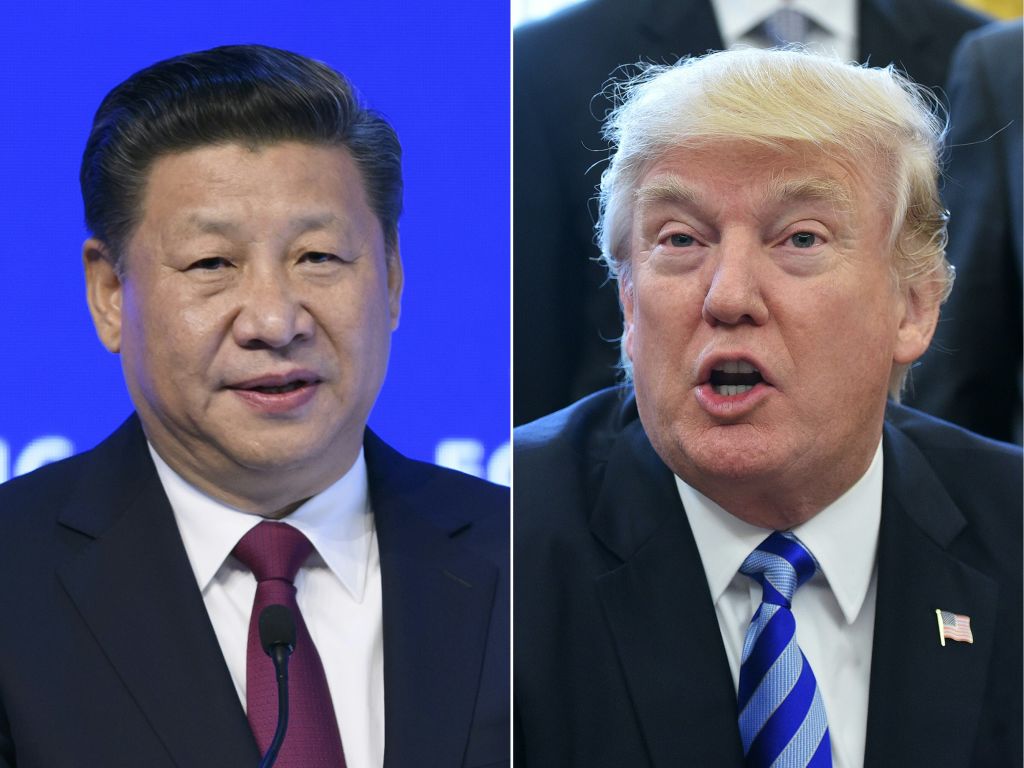 his combination of pictures created on March 30, 2017 shows China's President Xi Jinping delivering a speech on the opening day of the World Economic Forum, on January 17, 2017 in Davos, and US President Donald Trump announcing the final approval of the XL Pipline in the Oval Office of the White House on March 24, 2017 in Washington, DC.
Fabrice Coffrini—AFP/Getty Images

In an interview with the Wall Street Journal, Trump said he was willing to accept a continued trade deficit with China and make “not as good a trade deal as I would normally be able to make” if Beijing agreed to confront its neighbor and ally over recent missile launches that violated U.N. resolutions.

Trump said he had changed his mind about how much influence China exerted over North Korea following Xi’s explanation of the two countries’ relationship. “After listening for 10 minutes,” Trump said, “I realized it’s not so easy.”

Despite promises made on the campaign trail last year to label China a currency manipulator on his first day in office, Trump reversed his position, saying that China had stopped manipulating its currency and that there were more pressing issues, such as dealing with North Korea.