France’s Elections Should Worry Americans Too 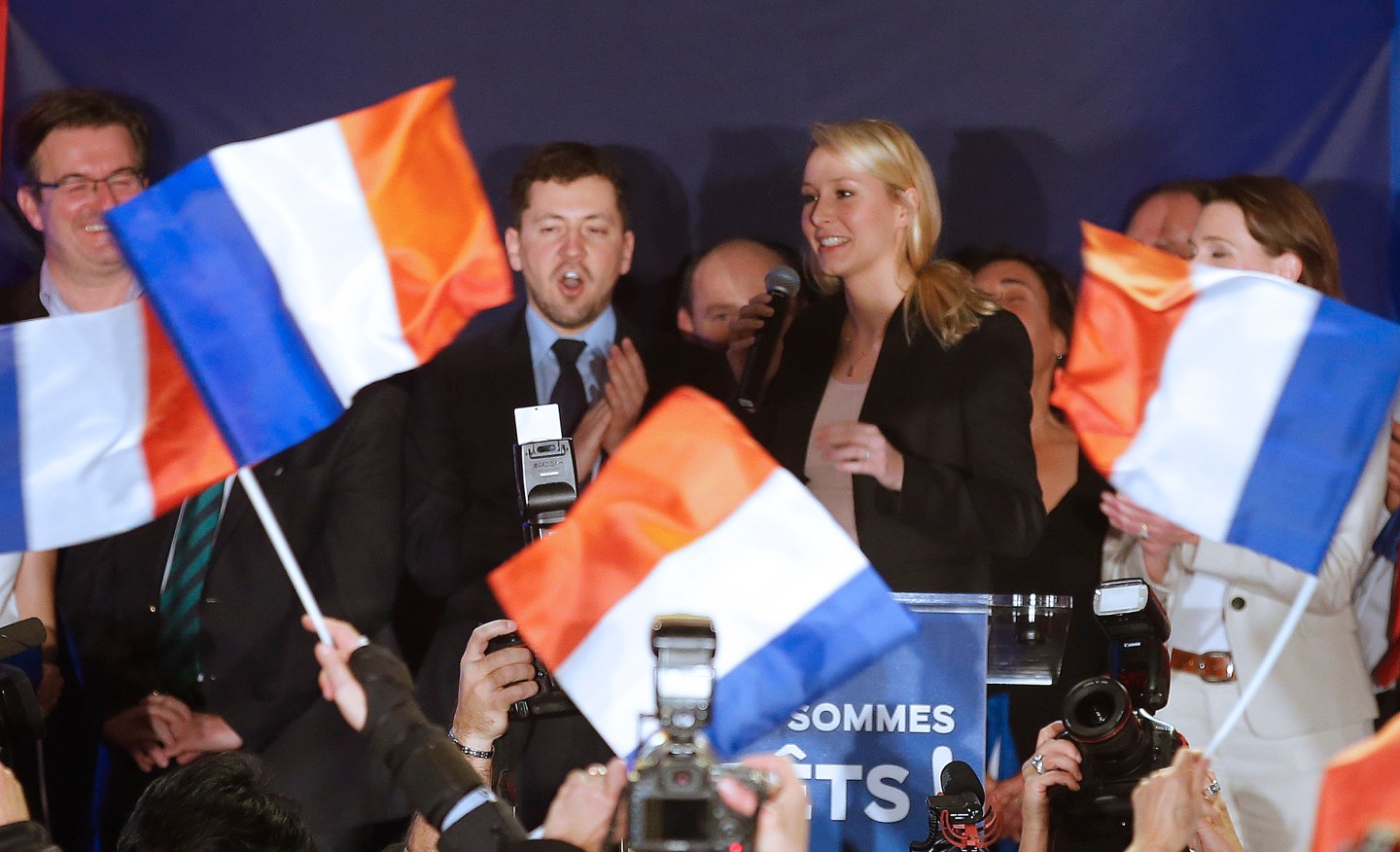 Marion Marechal-Le Pen, French National Front political party member and candidate for National Front in the Provence-Alpes-Cote d'Azur (PACA) region arrives to deliver her speech after the announcement of the results during the first round of the regional elections in Le Pontet, near Avignon, France, December 6, 2015. REUTERS/Jean-Paul Pelissier - RTX1XGNI
© Jean-Paul Pelissier / Reuters REUTERS

America’s tech industry is keeping an eye on France’s elections slated for later this month. The outcome will shape not only innovation and trade policy for a powerful country and crucial U.S. ally, but also for other European elections – and even White House policy.

The choice currently facing France is in many ways representative of the conflicting values present here in the U.S. The Wall Street Journal recently described the Macron-Le Pen race as “a confrontation of the two sides of Trumpism: pro-growth Donald Trump versus protectionist Donald Trump.” He added, “More than any foreign election in a long time, the French presidential race lands at what might be a crucial moment in the internal White House debate over the future of trade and economic policy.”

What this means is that French voters are faced with a stark choice. They must choose between protectionism and nativism or innovation and economic growth in the first round of elections on April 23. And as of early April, polls show the two likely candidates for the May 7 election will be centrist Emmanuel Macron and National Front candidate Marine Le Pen.

Macron, a 39-year-old former investment banker, has a platform based on economic progress and innovation. He plans to loosen rules on labor, allowing companies to arrange for employees to work more than 35 hours per week. And he wants to reduce the corporate income tax rate from 33% to 25%. He also plans to invest $10 billion from state holdings in publicly-traded companies to finance “the industry of the future.”

What’s more, he has a terrific track record of supporting tech industry growth and jobs. As French Minister of the Economy in the Socialist government, he has joined the Consumer Technology Association (CTA), of which I am president and CEO, in Las Vegas at CES two years in a row, as well as at CES Unveiled Paris. He has argued in favor of new business models, investment in innovation, a more flexible workforce and a future based on technology.

Under Macron’s leadership, French presence at CES jumped, according to CTA’s internal records – the number of French exhibitors increased nearly eight-fold between 2013 and 2017, and the number of French attendees grew nearly 300% between 2013 and 2016. He also advocated for ridesharing company Uber to be allowed to operate in Paris, and in so doing helped often-unemployed immigrants and younger adults find work as ridesharing drivers.

While Macron promotes innovation, Le Pen embodies the values of protectionism and nativism. For several elections, her father led the National Front Party as a far-right extremist group. She took over and veered closer to the center, upsetting her father. Ultimately, she banished him from the party, and they no longer speak.

An open opponent of the European Union and of free trade, Le Pen is pushing a nationalist agenda that is slowly gaining traction. She wants to increase the number of police, border agents and prisons. She also plans to bolster the country’s internal economy by raising taxes on imports – a move which would be disastrous for French consumers and workers. Import taxes inevitably raise prices for basic goods, and banning high-skilled immigrants not only means forfeiting a critical edge on innovation, it also means forfeiting job-creating opportunities.

Indeed, if elected, Le Pen will retain the restrictive labor rules that maintain France’s high unemployment rate. Nearly 10% of the potential work force in France is unemployed, and youth unemployment is 23%. France’s unemployment rate is slightly higher than the Eurozone average of 9.6% – and more than double the current rate of the United States. The gap between the “haves” and the “have-nots” in terms of employment is staggering, and a Le Pen victory will make the transition to the workforce even more difficult.

Most prominently, however, Le Pen wants to leave the Eurozone, refuse trade treaties and push for a “Frexit” vote. If successful, France’s secession could be the death knell of the European Union. Gérard Araud, the French ambassador to the U.S., recently told The Washington Post, “It means the collapse of the EU, because the EU without France doesn’t make any sense. And it means the collapse of the euro and a financial crisis, which will have consequences throughout the world.”

Innovation and global progress are on the ballot in France. The country has an opportunity to continue to develop and expand its commitment to technology and innovation. Let’s hope voters realize what’s at stake and seize the momentum.

Gary Shapiro is president and CEO of the Consumer Technology Association (CTA) and author of the book, Ninja Innovation: The Ten Killer Strategies of the World’s Most Successful Businesses. His views are his own. Follow him on Twitter @GaryShapiro.