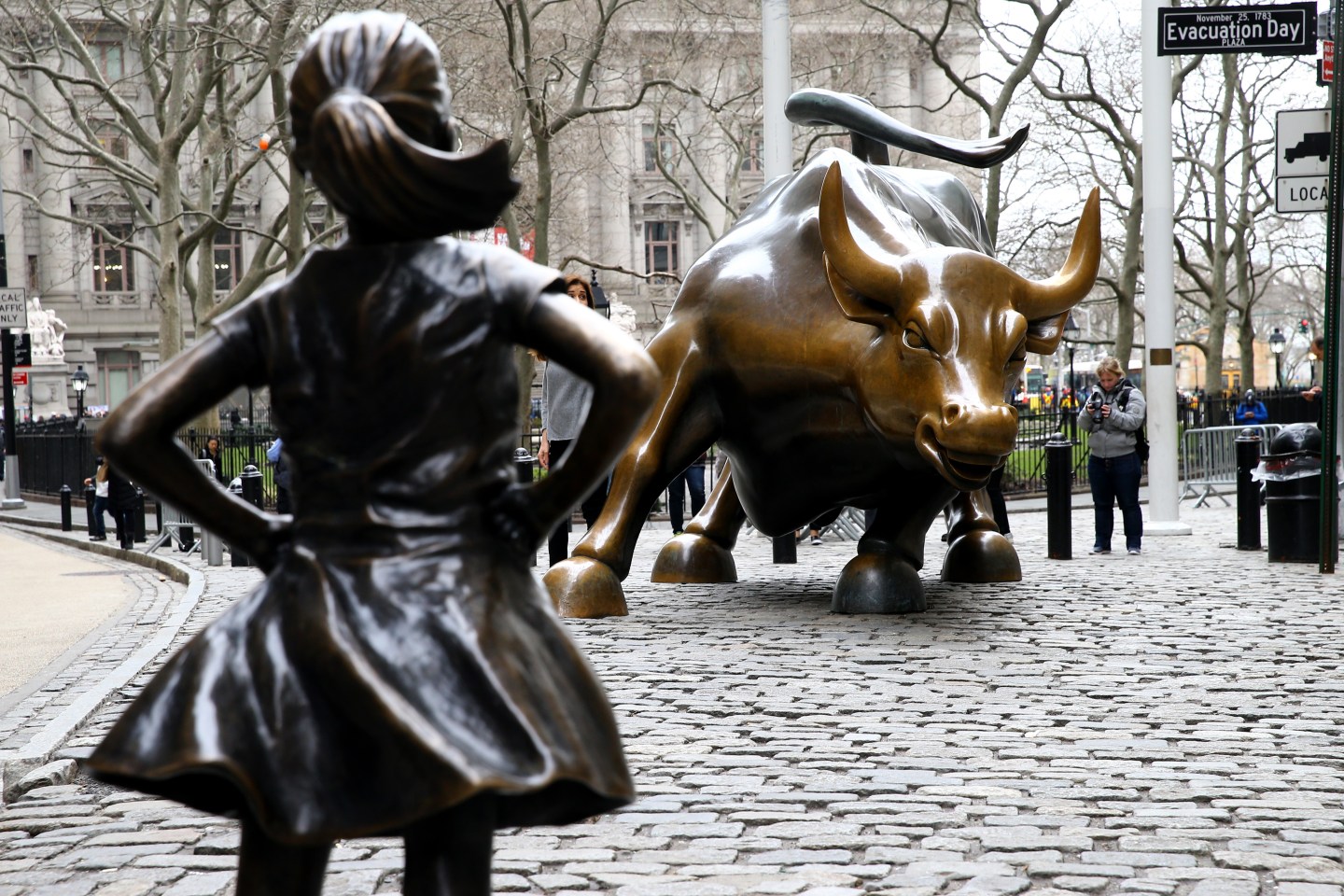 The sculptor behind Wall Street’s iconic “Charging Bull” called for New York City to pull the popular “Fearless Girl” statue, which he said has transformed his work of art from a positive image to a “negative” symbol of fear.

Arturo Di Modica, 76, was emotional at a news conference Wednesday when he described how the new 4-foot statue of a defiant little girl placed in front of the bronze bull has changed the message of his signature artwork from being a beacon of “strength” and “power” to a threat.

“She’s there attacking the bull,” the longtime artist from Italy said about the statue of the girl, which was placed in the center of the world’s financial capital in early March, ahead of International Women’s Day. “It’s really bad.”

Modica and his attorneys said they have not dismissed the possibility of taking legal action against the city for allowing State Street Global Advisors, an investment service company, to put the statue of the little girl in front of the bull without first asking Modica for permission. The lawyers argued that Modica’s legal rights were violated.

“The fearless girl is fearless because she’s confronting the bull,” said Norman Siegel, one of the artist’s attorneys.

State Street said it strategically placed the statue of the girl in front of the iconic bull to make a statement about gender diversity and to send a message to finance companies to increase the number of women on their corporate boards.

It has inspired thousands of people across the world and has drawn flocks of spectators to the site. Mayor Bill de Blasio extended its permit for almost one year as a response to widespread requests to make it a permanent fixture.

“Men who don’t like women taking up space are exactly why we need the Fearless Girl,” the mayor tweeted Wednesday.

State Street said in a statement Wednesday that the “Fearless Girl” represents the “power and potential of having more women in leadership.” “Our goal with Fearless Girl was to create a powerful symbol to stand as a reminder to corporations across the globe that having more women in leadership positions contributes to overall performance and strengthens our economy,” spokeswoman Anne Mcnally said.

Siegel said State Street sent its message of female empowerment while exploiting the bull for commercial purposes and hurting Modica’s “honor and reputation” in the process. “Remove her and place her somewhere else in the city,” the attorney said. “We’re not asking it to be banned. Gender equality is a very serious and substantial issue. It permeates throughout our society,” Siegel continued. “None of us here today are in any way not proponents of gender equality, but there are issues of copyright and trademark.”