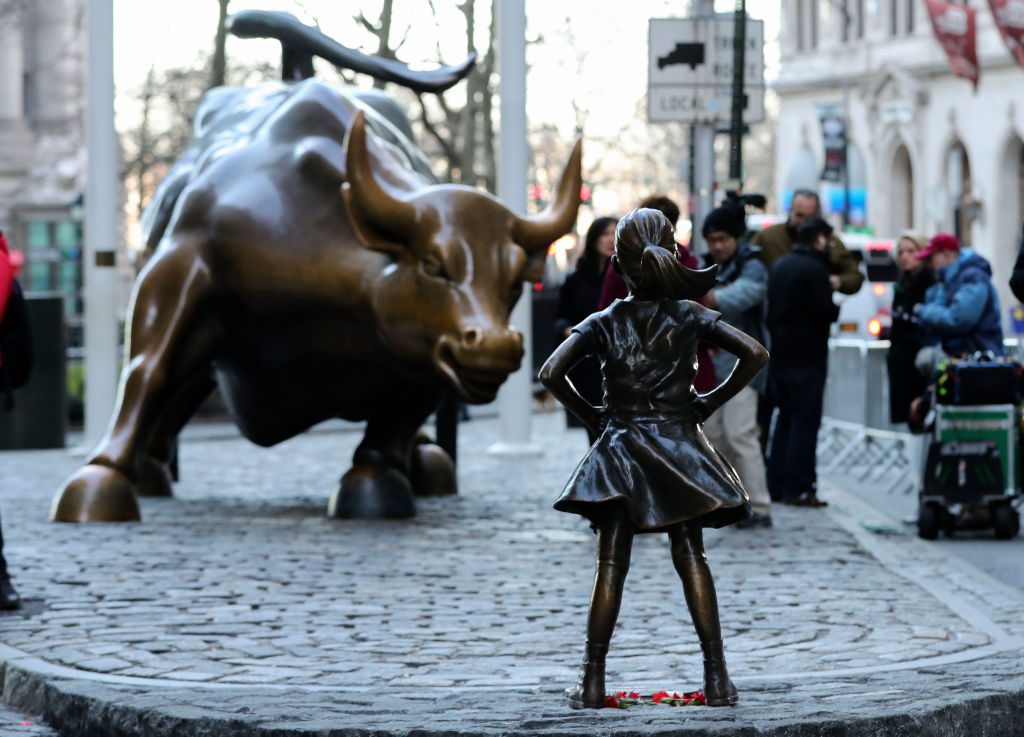 Thousands of people are calling for New York City to make a popular statue of a “fearless” little girl permanent after it was temporarily placed next to Wall Street’s famous bull this week.

More than 8,000 people have signed an online petition Friday that urges the city’s mayor to let the latest bronze statue stay in the center of the world’s financial capital after it was erected Tuesday ahead of International Women’s Day.

State Street Global Advisors, an investment service company, said it strategically placed the 50-inch statue in front of Wall Street’s iconic charging bull statue to make a statement about gender diversity and to send a message to finance companies to increase the number of women on their corporate boards.

The statue depicts a young girl in a dress standing defiantly with her hands on her hip and her chin up. It has lured flocks of people to Wall Street, where many have posed for photos next to it.

The petition’s organizer called the installation of the statue a “bold and brilliant move” but lamented that it was only meant to live on Wall Street for a week.

Anne McNally, vice president of public relations for State Street, told Fortune earlier that the organization only has a permit for the statue for a week. State Street is working to extend the permit for a month, McNally said, adding that approval lies with the city’s Parks Department.

The Parks Department directed comment to Mayor Bill de Blasio’s office, which said the city has extended the statue’s permit until April 2. There are no plans to extend it further at this time,” a spokeswoman for the mayor said.