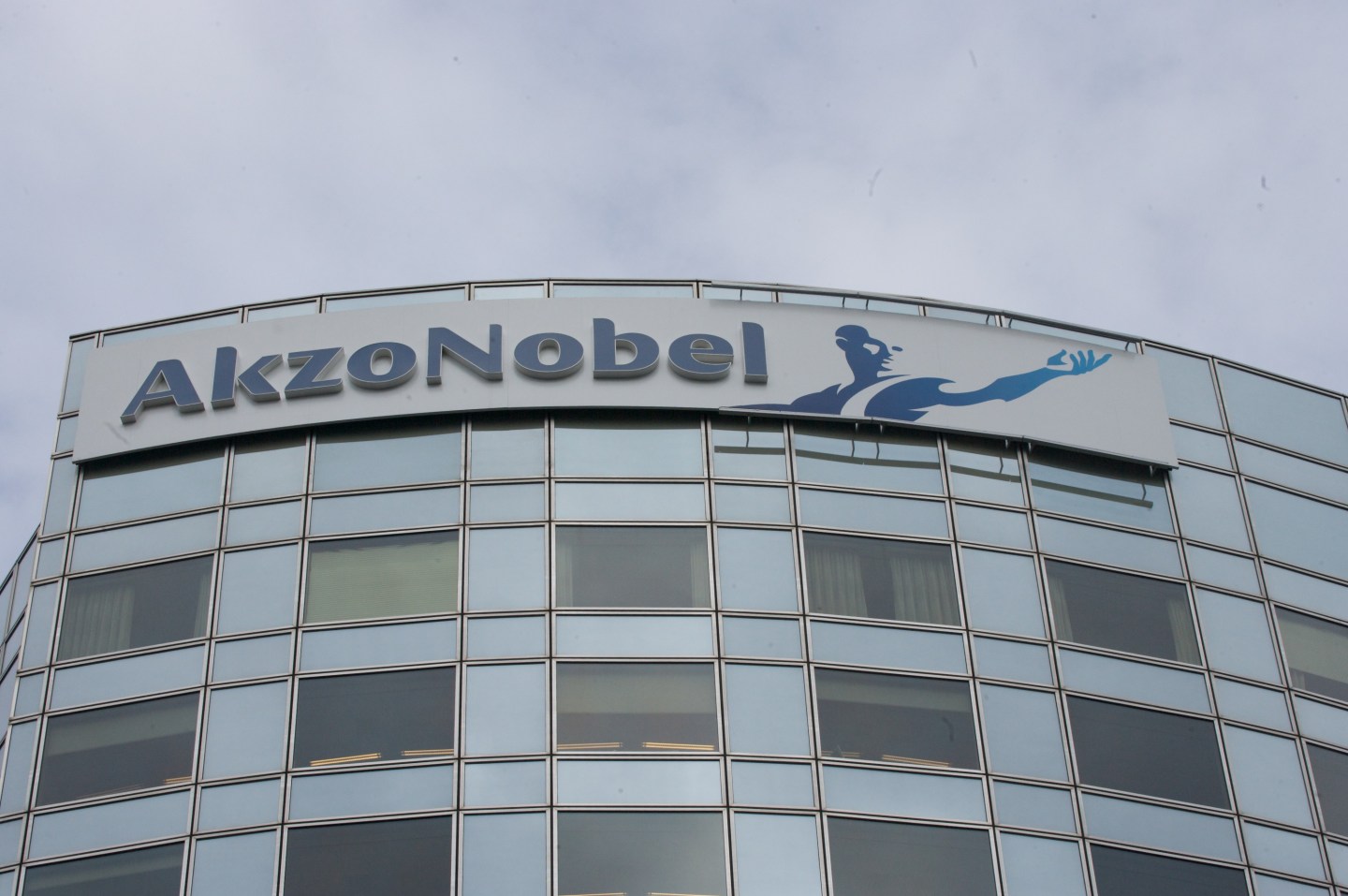 Hedge fund Elliott Advisors is close to securing support from enough Akzo Nobel NV investors to call for an extraordinary general meeting of the Dutch paint maker’s shareholders, according to people familiar with the matter.

While Akzo is due to hold its regular annual general meeting on April 25, an extraordinary general meeting would allow shareholders to remove Akzo supervisory board and management board members.

Elliott is specifically moving to try to unseat chairman Antony Burgmans, who is seen as an adversary of the deal, according to reports. The Financial Times reports that while Akzo has said it will consider the proposal for an EGM, the company has asserted it is “strongly” behind its chairman.

Akzo shareholders must hold in total at least 10% of the company’s issued stock to be able to convene an extraordinary general meeting, which would then take a few weeks to organize.

Elliott, which owns a little more than 3% of Akzo, is close to mustering support from enough investors to reach the 10% threshold and may trigger an extraordinary general meeting within days, the sources said this week.

The sources asked not to be identified because the deliberations are confidential. Elliott, Akzo Nobel, and PPG did not respond to requests for comment.

Akzo has scheduled an investor day for April 19, which it will use to provide updated financial guidance and argue that its standalone operational plan, which calls for shedding its specialty chemicals business, will deliver more value with less risk than a merger with PPG.

Akzo is considering spinning off its specialty chemical unit, but it is also mulling a sale after fielding acquisition interest in that business, which could fetch between $9 billion and $10 billion in a sale, according to the sources.

Private equity firms and smaller companies seeking to team up with buyout firms to make offers will participate in a sale process for the specialty chemicals unit, the sources said.

PPG’s Akzo bid is a major test for PPG Chief Executive Michael McGarry. PPG shares are up 16% since he became CEO in September 2015. In comparison, the S&P 500 specialty chemicals index is up 21%.

In private meetings with shareholders, Akzo has cited McGarry’s track record, as well as the antitrust risks of a potential merger, as a reason why a deal with PPG would be risky, according to the sources.

PPG is waiting for Akzo to come under more shareholder pressure before making a new acquisition offer, one of the sources said.