These Are Teens’ Favorite Brands of 2017 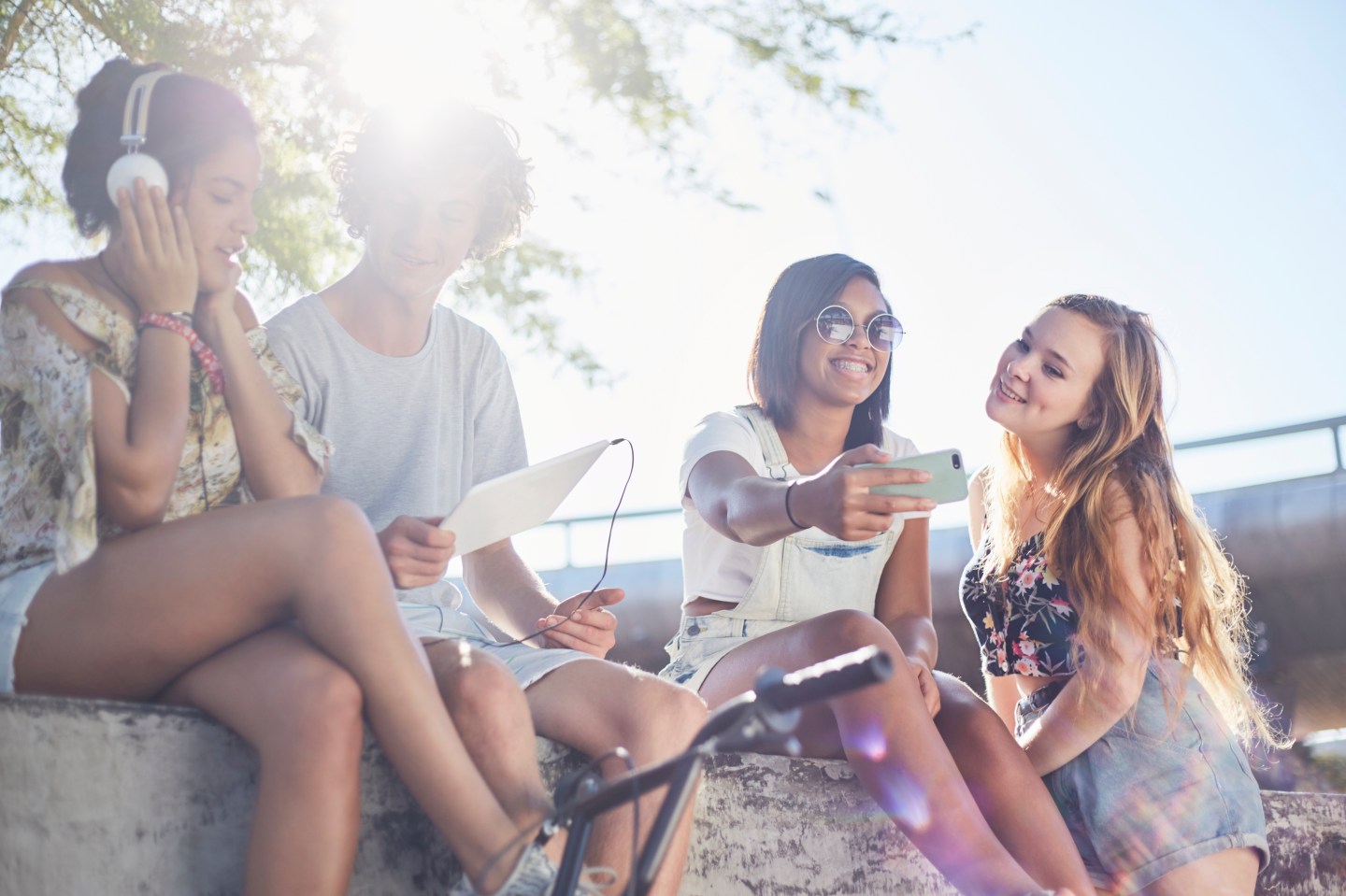 Teenagers have spoken, and here’s what’s cool as of spring 2017:

Nike is still the top clothing and shoe brand, but Adidas is quietly staging a comeback. Snapchat remains the top social network for teens’ attention, but Facebook’s decline may not be as dramatic as some analysts had predicted. And Chick-fil-A has joined Starbucks at the top of teens’ preferred restaurants.

In the latest “Taking Stock With Teens” report, analysts at investment firm Piper Jaffray surveyed 5,500 teens with an average age of 16 and average household income of $66,100. They found two key trends.

First, teen spending has been falling gradually since fall 2014; second, teens are shifting their spending toward experiences.

Food is now the single largest category for teenagers’ wallets, accounting for 24% of their spending, followed by clothing, which accounts for 19%. Ten years ago, the exact opposite was the case, with teens spending the larger share on clothes.

The clear winners here are Starbucks, which has remained teens’ top restaurant choice for at the least the last seven years, and Chick-fil-A, which has recently leapfrogged Chipotle, McDonald’s and Olive Garden among the favorite eateries.

Teens are increasingly showing a preference for limited-service restaurants, versus full-service eateries like Olive Garden—a trend that goes back to at least spring 2009, Piper Jaffray’s analysts noted.

Not surprisingly, time spent at the mall has been declining, whereas online shopping has been growing, with Amazon now ranking as teens’ top online retailer. Nike remains the favorite clothing brand, with American Eagle and Forever 21 next in line. Analysts noted that although Adidas lags behind Nike on both footwear and clothing, it’s recently been climbing the rankings at a faster pace.

A decade ago, this picture looked a lot different, with teens preferring Hollister, a subsidiary of Abercrombie & Fitch, as their top clothing brand. The retailer has struggled to make a comeback amid declining sales in recent years.

Meanwhile, Snapchat remains the king when it comes to social media, with 81% of teens indicating they used the app in the last month, and 79% naming it as a top three social platform.

Interestingly, however, Piper Jaffray’s analysts note the story for Facebook isn’t as dire as many on Wall Street had feared. Despite heavy competition, declines in Facebook’s level of engagement among teens has stalled, and Instagram, which is owned by Facebook, continues to be a close number two to Snapchat.

“We believe that this data is most positive for Facebook as it conflicts with the belief that Snapchat is causing continual declines in usage,” Piper Jaffray’s analysts said in the report.

Instagram and even good old-fashioned email outranked Snapchat, Twitter, and Facebook as teens’ preferred channel to hear about new products and promotions from retailers—a finding has important implications for the ability to monetize the social media platforms.

“We believe this is a bullish sign for the potential for higher ad load, click-through, and conversion rates on Instagram ads,” Piper Jaffray analyst Sam Kemp noted in the report.

He holds a neutral rating on Snap, saying that the market may have priced-in overly optimistic expectations for monetization, while there’s still significant potential “for headwinds from diversifying use cases at Facebook, Messenger and Instagram.”

Finally, the iPhone continues its reign as the top smartphone among teens, with 81% reporting they expect their next phone to be an iPhone—the highest level ever recorded in the survey.