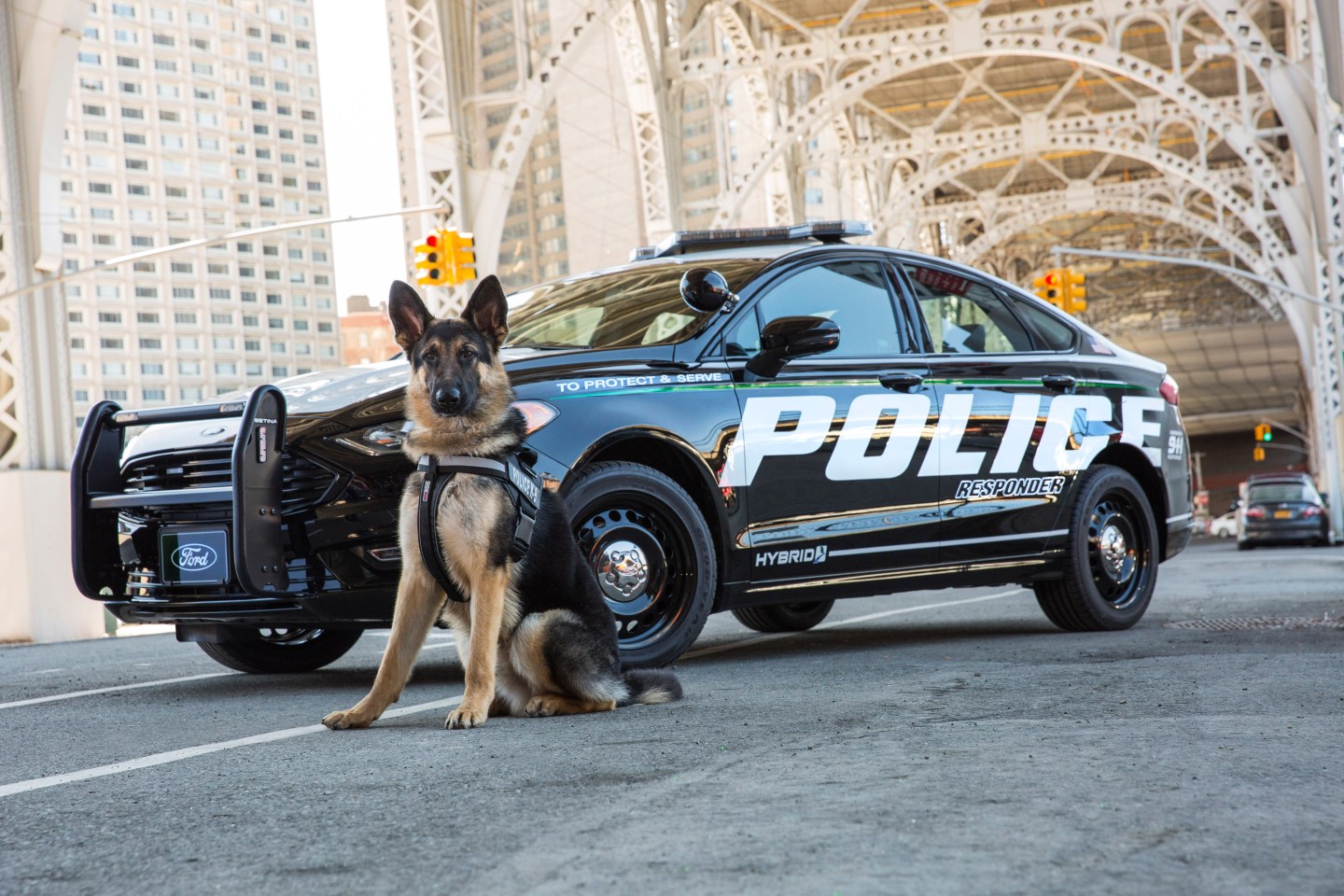 Ford Motor (F) has just unveiled a new hybrid police car—the first such vehicle that’s “pursuit-rated” and ready for the full range of law enforcement use.

The New York and Los Angeles police departments will be the country’s first forces to try out the new Ford Police Responder Hybrid Sedan, according to a company statement. The Los Angeles Times reports that the model will head to production early next year and could be in use by the end of 2018.

While some hybrid vehicles have been used by police departments in the past, the Responder is reportedly the only one to be fully outfitted for all police duties. The car’s pursuit rating means that it has been tested for speed endurance, ability to drive over obstacles and a range of other performance factors, according to industry news site AutoBlog.

Kevin Koswick, Ford’s North America director for leasing and remarking operations, told the L.A. Times that cities across the country have been asking automakers for greener police vehicles. “We saw a need and we thought we could fulfill it,” he said.

The LAPD has already committed to purchasing 300 hybrid vehicles within the next three years, according to the police department’s Public Information Director, Josh Rubenstein.

Ford had previously announced it planned to invest some $4.5 billion over the coming years toward auto electrification, adding 13 new models of electric cars to its line by the year 2020. The Responder is the second model rolled out as part of the electrification plan.