Debate Over In-State Tuition for Students in U.S. Illegally 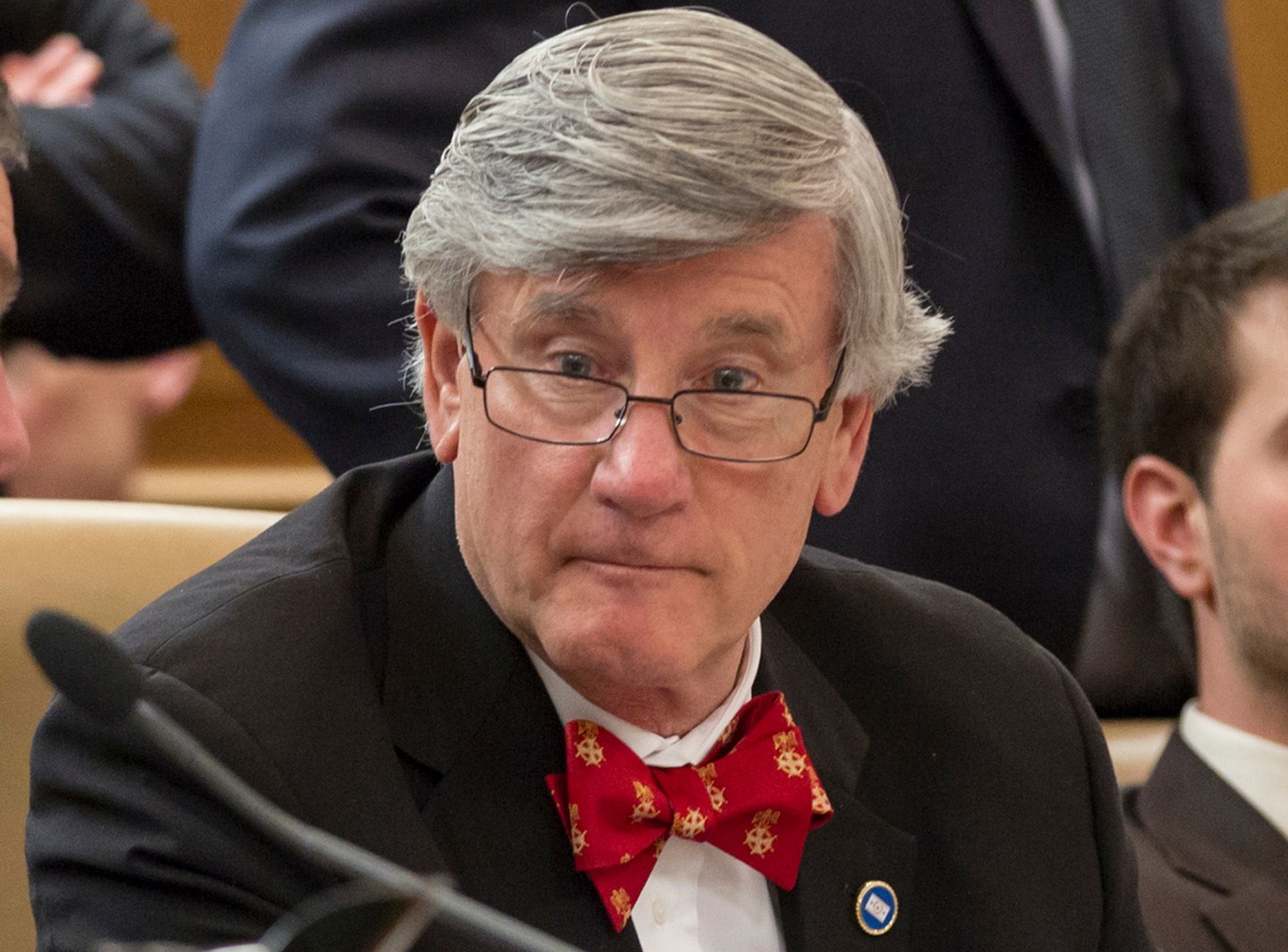 FILE - In this Feb. 4, 2015, file photo, state Sen. Todd Gardenhire, during a Senate Health Committee meeting in Nashville, Tenn. Twenty states already offer cheaper in-state tuition to students who are in the country illegally. Legislation making its way through the Tennessee Legislature would make it the 21st. The bill was proposed by Gardenhire, who argues that immigrants with college degrees will earn higher incomes and pay higher taxes, among other benefits.(AP Photo/Erik Schelzig, File)
Erik Schelzig AP

Twenty states already offer cheaper in-state college tuition to students who are in the United States illegally. Legislation making its way through the Tennessee Legislature would make that state the 21st.

Supporters in states where the tuition benefit is available say the policy has boosted Latino enrollment and has helped these students contribute to the economy. Opponents say the policy wrongly rewards immigrants who entered the country illegally.

The debate has been revived in some states as President Donald Trump pursues tougher immigration policies.

Some things to know about the issue:

Under Tennessee’s current rules, immigrants who are in the country illegally are typically required to pay out-of-state tuition prices that can cost three times more than in-state prices. The Tuition Opportunity Bill would allow these students to pay the cheaper price if they attended a Tennessee high school for the two years immediately before graduating, earned a high-school diploma or equivalent certificate in the state, and have been accepted to a public college or university. It was proposed by Sen. Todd Gardenhire, a Republican from Chattanooga who argues that immigrants with college degrees will earn higher incomes and pay higher taxes, among other benefits. “The key to a lot of problems we have is education,” he said. Opponents worry that the bill would draw large numbers of immigrants to the state and become a financial burden to taxpayers. Gardenhire proposed a similar bill two years ago that failed by a single vote in the House.

Sixteen other states have passed laws granting in-state tuition to students who are in the United States illegally, and university systems in four others have offered the benefit on their own, according to the National Conference of State Legislatures. Texas was the first when it passed a law in 2001, and Florida was the latest, approving a law in 2014.

States began adopting the policy in response to a 1996 federal law that bars such immigrants from getting college benefits that aren’t offered to all U.S. citizens. To comply with the law, states established criteria to be eligible for in-state tuition regardless of immigration status. Five states, including Texas, California and Washington, went a step further and offered financial assistance to immigrants here illegally. Conversely, six other states have barred immigrants in the country illegally from in-state tuition. Some other states have sought middle ground, offering in-state tuition to those who were granted temporary protection from deportation by President Barack Obama’s Deferred Action for Childhood Arrivals policy, which aims to help those who were brought to the country as children.

At first glance, Tennessee might seem like an unlikely state to adopt the policy. It’s a conservative state that voted heavily for Trump, who is working to clamp down on immigration and previously promised to end Obama’s protections for those who came to the United States as children. But experts say the idea has been accepted by states at both ends of the political spectrum, including New York and California but also Oklahoma and Nebraska.

“Investing in students makes sense both from a fiscal perspective and from a human perspective,” said Tanya Broder, senior attorney for the National Immigration Law Center.

Gardenhire, the Tennessee state senator, says it doesn’t make sense to punish students who were brought here by their parents.

Trump’s New Initiative Is a Front for Anti-Immigrant Propaganda

Still, some states have revived a debate over the policy in recent months. Republican lawmakers in Texas and Florida have proposed bills to repeal in-state tuition for students who are in the country illegally, while state attorneys in Arizona have asked a state court to block colleges from offering the benefit. “It is an issue that’s perennially debated,” said Randy Capps, director of research for U.S. programs at the Migration Policy Institute. “It’s close in a lot of states, just like it has been close in the Tennessee.”

Supporters say the policy offers a social good along with financial benefits. In states that passed the law, college enrollment rates among college-age Mexican noncitizens increased by 4 percentage points, from about 19 percent to 23 percent, according to recent research at the University of Maryland Baltimore County. Graduation rates among those students increased similarly. Graduation rates among those students increased similarly. “It’s opened up higher education to a new group that otherwise wouldn’t get in,” Capps said. Enrollment growth has been even higher in states that offered student financial aid. Experts say even the lower in-state tuition costs can be too much for immigrants here illegally — who are not eligible for federal financial aid.

White House Says No Staff Shake Up On the Horizon

In Texas, the number of students granted in-state tuition under the law grew from 393 in 2001 to nearly 25,000 in 2015, according to state data. In Washington, the number grew from 25 to 1,500 students in a similar span, mostly enrolled at community colleges. In both cases that’s about 1 percent of the state’s total college enrollment. “It’s money well spent, because the students go back into the economy and pay taxes and participate like everyone else,” said Stella Flores, an associate professor of higher education at New York University who has researched the topic.

The policy can also bring costs. Past efforts to repeal the Texas law have focused on increased spending, with one state analysis predicting the cost would grow to $100 million by 2020. The cost to state and local governments in Maryland is estimated to be $7.2 million a year, although researchers at the University of Maryland say the long-term benefits are greater. “In most estimates the additional tax revenues to the state significantly outweighs the initial cost,” said Tim Gindling, an economics professor behind the research.

Opponents in some states argue that the law takes college seats away from U.S. citizens and makes their state a magnet for immigrants. Conservative groups also allege the policy violates the 1996 federal law limiting benefits for immigrants who came here illegally. In a 2011 report, the Heritage Foundation criticized the Obama administration for refusing to sue states that “are incontrovertibly and brazenly violating an unambiguous federal immigration law.”

Most Americans Do Not Want to Pay for President Trump’s Border Wall, a New Poll Says

The proposal in Tennessee has been passed by two lawmaker panels and is scheduled to be considered by a third on Tuesday. It still faces several hurdles, but has drawn support from Republicans, including Gov. Bill Haslam.

In many states, uncertainty over the future of Obama’s DACA program has worried immigrants. Students who qualify for in-state tuition because of their DACA status could lose that benefit if Trump repeals the program. Some schools including Arizona State University have said they will find financial help for students if the program is eliminated.