Additional Security for DeVos May Cost Up to $7.8 Million 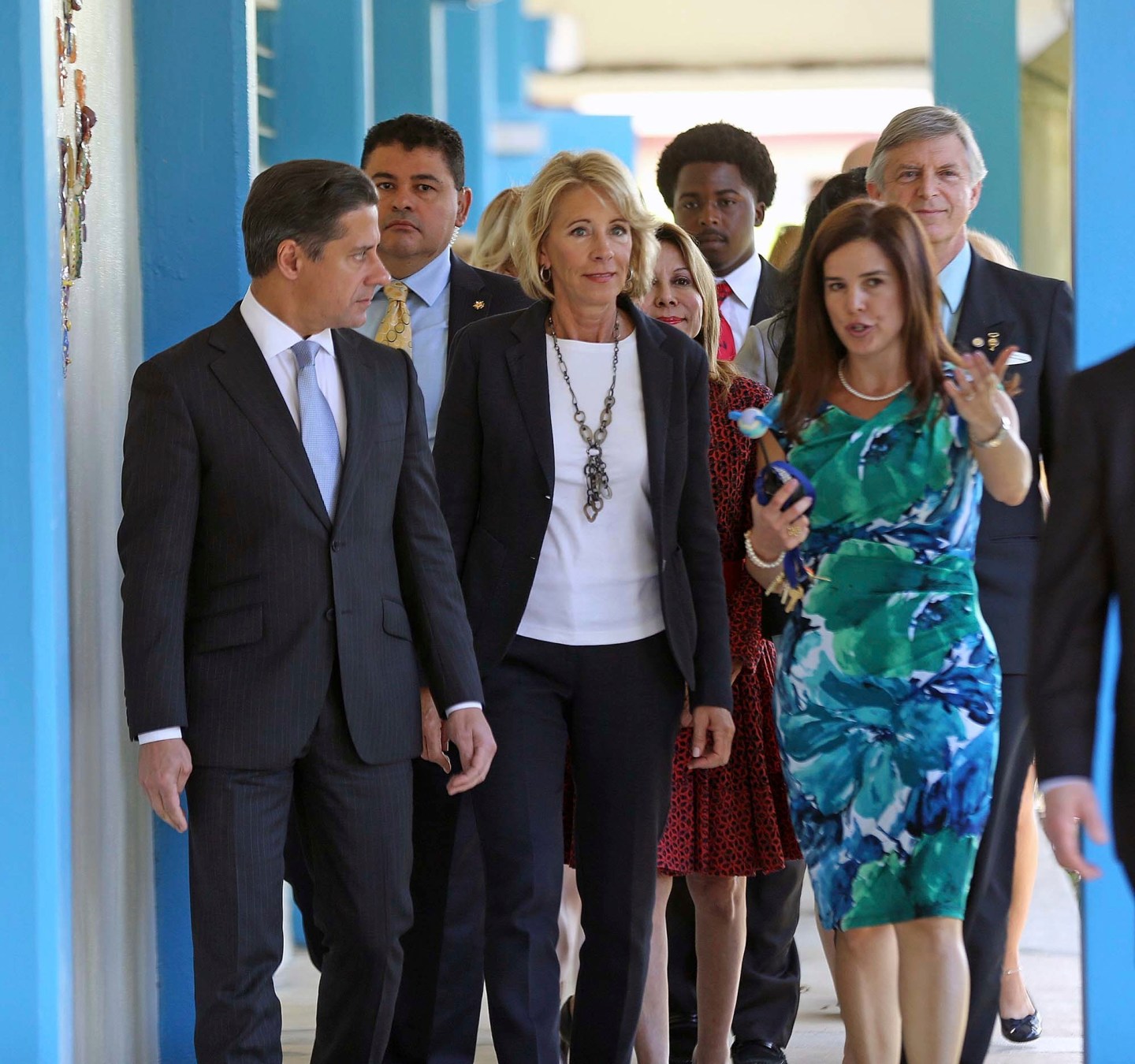 Government officials said Friday that Education Secretary Betsy DeVos requires additional security detail due to a threat to her safety and that it may cost up to $7.8 million through September to protect her.

The U.S. Marshals Service said in a statement that a threat assessment was conducted in February and DeVos was put under additional protection. The statement did not provide details on the threat or the number of personnel assigned to her.

The agency said it will be reimbursed $7.78 million from the Education Department for services from February through September.

The Education Department said that’s a projected, not a final figure. The move comes amid a proposal by the Trump administration to cut the department’s budget by 13%.

The evaluation of DeVos’ safety took place after a protester briefly blocked her from entering a public school in the nation’s capital.

DeVos was confirmed by a narrow margin, following a bruising nomination fight that involved protests across the country.

Previous education secretaries were protected by department employees, not the U.S. Marshals Service.

DeVos’ security detail was first reported by The Washington Post.