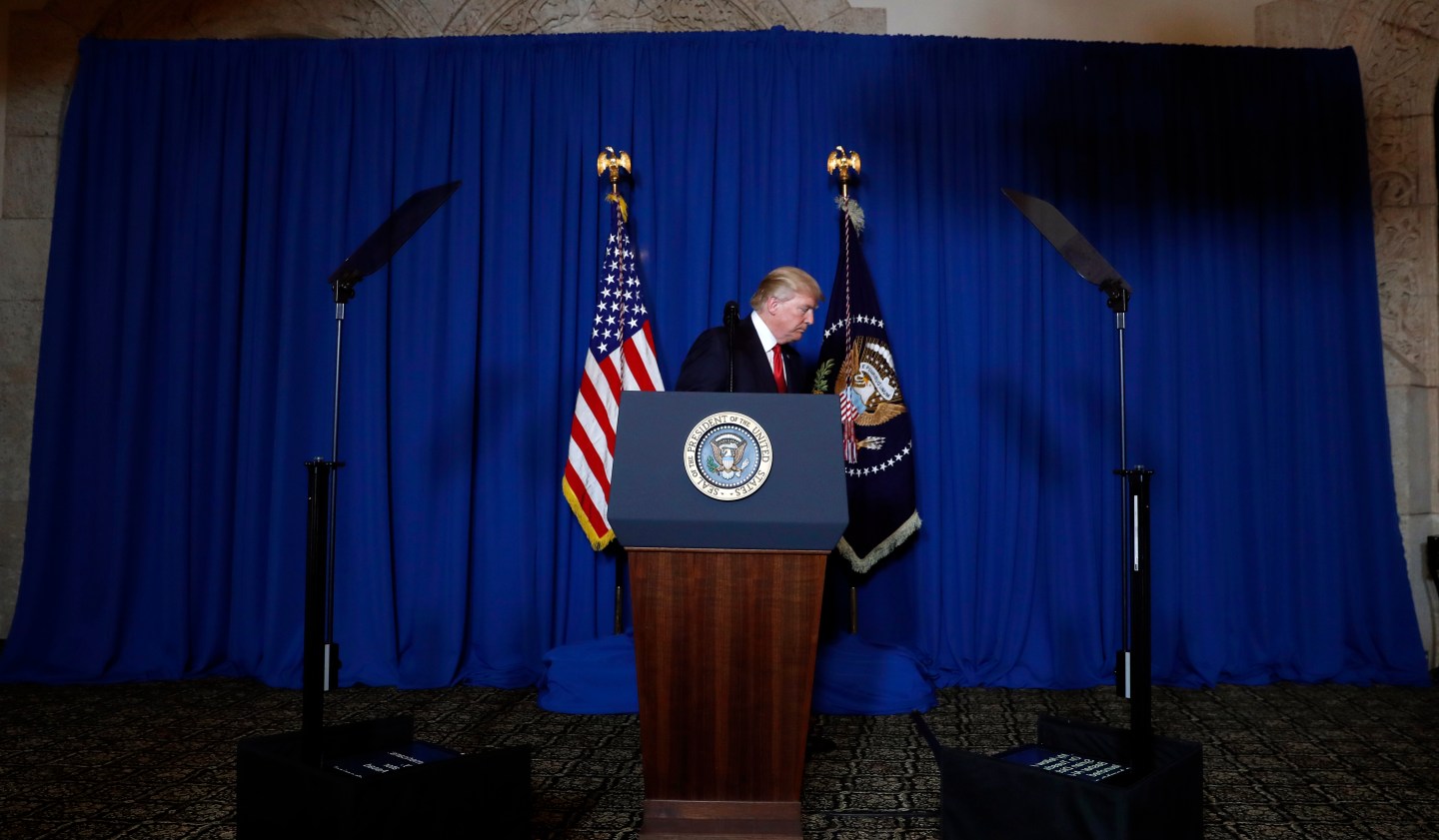 After Syrian forces allegedly launched a chemical weapons strike on civilians in the northern Syrian town of Khan Sheikhoun earlier this week, U.S. President Donald Trump launched a salvo of 59 cruise missiles on Thursday evening at an airfield near the city of Homs, pulverizing it with almost 30 tons of high explosives.

Even though a Kremlin spokesperson said Friday morning that the U.S. attack “deals a significant blow to relations between Russia and America,” it may actually create an opportunity for Washington and Moscow to agree on a plan to remove Syrian President Bashar al-Assad from power and stabilize the country.

It wasn’t supposed to be this way, though; during his campaign for the White House, Trump not only criticized past U.S. military adventurism, but also vowed to repair relations with Russia, which had plummeted to Cold War tension levels. “I think I’d get along very well with Vladimir Putin. I just think so,” Trump said shortly after beginning his campaign in 2015. Trump’s top two diplomats—Secretary of State Rex Tillerson and United Nations Ambassador Nikki Haley—promised a new approach to Assad. “Our priority is no longer to sit there and focus on getting Assad out,” Haley said just last month. Tillerson, meanwhile, said Assad’s fate should be a question for the Syrian people, not the U.S.

Needless to say, Trump has shifted his stance on Assad, which begs the question: Does the U.S. strike put Washington and Moscow on a collision course in Syria? Not necessarily. Rather than exacerbate conflict, Trump’s unilateralism could actually catalyze cooperation. Both Trump and the Pentagon were careful. They targeted the airbase for a simple reason: It was the place from which Syrian planes launched the Khan Sheikhoun attack. And while the speed of the strike and its unilateralism might have surprised the Syrians, an administration official said that the Pentagon warned Russia about the imminence of the attack via a military hotline between commanders to avoid hitting Russian forces. That is more care than Russia exhibited when, last summer, its forces bombed a Syrian base in southern Syria used by U.S. and British special forces.

Rather than shred relations with Russia, U.S. action may establish a new, firmer baseline from which to work. While the U.S. has long understood Russia’s red lines—to preserve its military bases and support a Moscow-friendly regime—Russian President Vladimir Putin did not truly know where America stood. Now he does. Throughout the Obama administration, the Kremlin held out the prospect of cooperation, but never actually fulfilled its promise. U.S. and Russian diplomats spoke of their desire to defeat the Islamic State, but the vast majority of Russian airstrikes targeted other opposition groups, including U.S.-supported moderates in order to deny a choice to Syrians beyond Assad or the Islamic State. Even as Russia consolidated its naval presence at the Syrian city of Latakia and established a permanent air force presence at the country’s Hmeimim airbase (falsely announcing its withdrawal), it strung the White House and State Department along with the prospect of renewed diplomacy.

However angry the Kremlin might be, U.S. unilateralism defines new red lines. Not only do the strikes reestablish a zero tolerance policy toward chemical weapons, they also make clear the Trump administration’s refusal to abide by empty agreements. Here, Moscow is culpable. After all, Russian diplomats brokered the 2013 deal by which Assad’s chemical weapons arsenal was to be declared and destroyed. That the strikes occurred over Moscow’s objection simply underscore Trump’s view that unfulfilled agreements void any reason for restraint. At the same time, the limited nature of U.S. strikes should demonstrate to Moscow that Washington does not seek to bulldoze over Russian interests nor eliminate the Assad regime. Rather, Trump’s restraint suggests a desire to restore rather than rewrite the rules of the game.

For too long, diplomacy over the Syrian conflict was more about posturing rather than conflict resolution. The U.S.-backed Istanbul and Geneva processes were irrelevant from the start because the Syrian opposition leaders participating had little influence on the ground in their own country. Subsequent Astana talks sponsored by Russia, Turkey, and Iran, meanwhile, had less to do with enabling peace than they did with humiliating the U.S., which was largely cut out of the process.

If the U.S. and Russia both recognize each other’s red lines, they can consolidate interest over their own zones while squeezing extremists in between. In effect, this means a federal Syria, a collection of cantons only loosely ruled by Damascus. As for Assad himself, the renewed chemical weapons strike might have been a bridge too far, even for Moscow. For Putin, perception trumps reality. Arabs, Israelis, and Iranians perceived him as strong, but Assad unleashed a course of action that once again relegated Russia to bystander status. Hence, it is no surprise that Kremlin spokesman Dmitry Peskov declared on Thursday that Russia’s backing of Assad is “not unconditional.”

As the smoke clears over the bombed Syrian airbase, the next step in the U.S.-Russian dance over Syria will be in the shadows, as Washington and Moscow determine if they can agree on a placeholder from Assad’s inner circle who can take over while the president exits to an inglorious Moscow or Tehran exile. That may have seemed improbable a week ago, but sometimes the threat of military force opens the door to new diplomatic deals.

Michael Rubin is a resident scholar at the American Enterprise Institute.