After the Missile Strikes in Syria: What Happens Next? 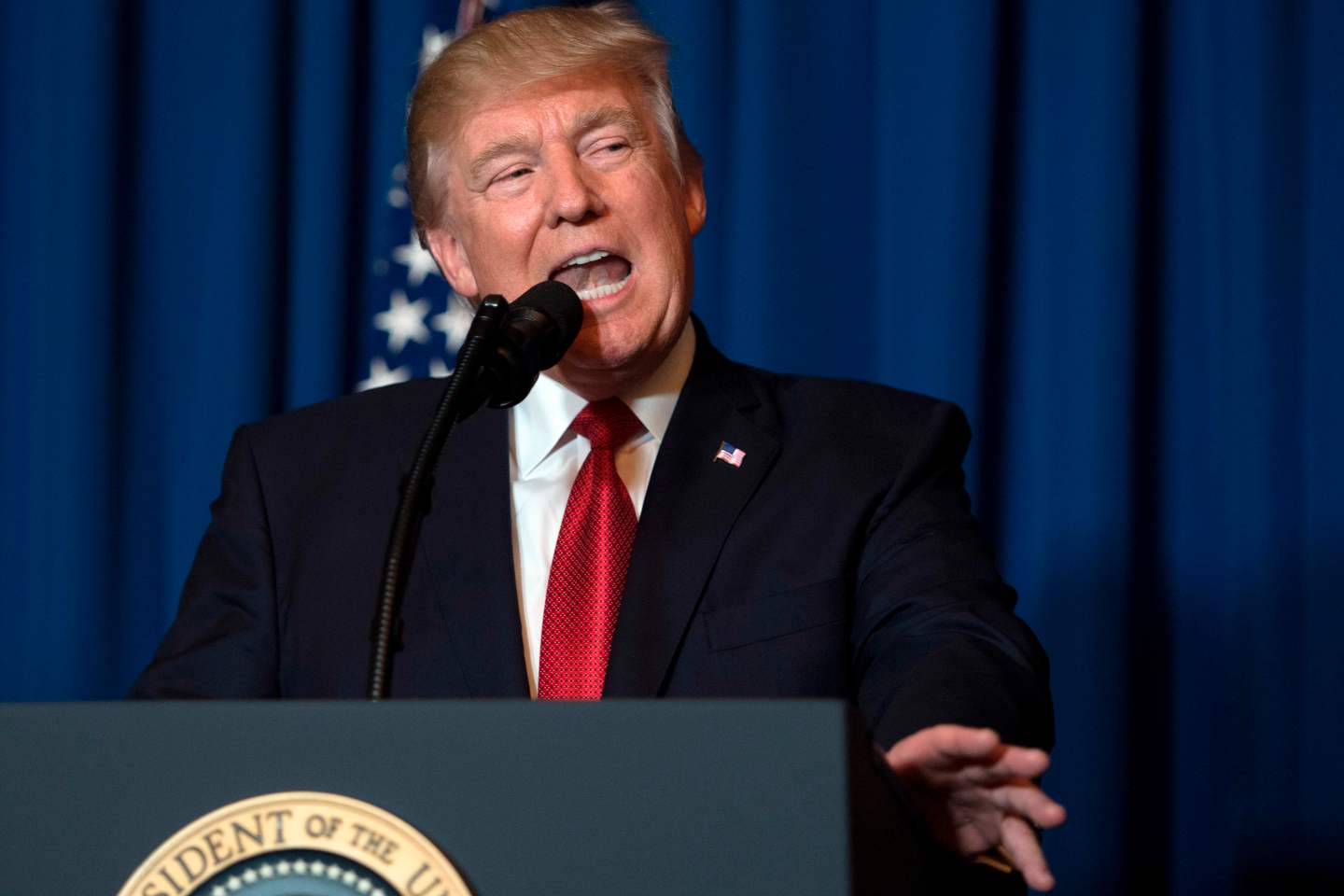 That was the easy part.

When President Trump’s sent 59 Tomahawk missiles to pummel the Al-Shayrat air base in Syria, his decision delivered one clear message to Syrian President Bashar al-Assad: The Trump administration, unlike President Obama’s, would not let a chemical attack against civilians go unanswered. “Years of previous attempts at changing Assad’s behavior have all failed, and failed very dramatically,” Trump said after the air strikes—the first direct hit by the U.S. military against Assad’s forces in six years of devastating bloodshed in Syria.

But what comes next could get complicated, fast—with the potential to rock markets across the world. Depending on whether Trump gets drawn deeper into the war, or if European militaries opt to join strikes against Assad, financial jitters could quickly increase, as the conflict goes global. The U.S. strikes put the alliances and enmities around the Syrian war in sharp relief, drawing strong condemnation from Iran and Russia, and strong support from Saudi Arabia.

Until now, the Syrian war has had a relatively modest impact on markets, despite its crippling toll: About 400,000 people have died in the conflict, and about 11 million people have fled their homes, a million or so of them to Europe. The air strikes came one day after about 79 Syrians, many women and children, died from an attack of what appeared to be sarin gas—a war crime, under a century-old international convention that bans the use of chemical weapons.

Investors in Asia and Europe rushed to safe-haven assets overnight. Oil prices gained about 1.6%, in part reflecting the likely big impact of international strikes against Syrian on its neighbors in the Middle East. The region accounts for about 40% of the world’s oil production. Ten-year yields on U.S. Treasuries also rose, again suggesting investor nervousness about rising instability.

Militarily, however, it was unclear how much damage the cruise missiles inflicted on Assad’s air power. Pentagon officials said all but one of the missiles hit their targets. But military analysts said Syrian forces were still able to launch chemical attacks against civilians, despite the U.S. strikes. “It will not significantly diminish the ability of the Assad regime to conduct further chemical weapons attacks,” said Reed Foster, military capabilities analyst for Jane’s, the London-based risk-analysis organization. Even so, the U.S. strikes made it easier for further bombing against Assad’s forces, by hitting radar and air-defense sites at the Al-Shayrat air base, making it difficult for Syria to hit back if the U.S. decides to strike again.

Whether further strikes will follow was the key question on Friday, as the world awoke to a drastically new situation in Syria. In Europe, leaders have for years waited for a tougher U.S. response against Syria; French President François Hollande was visibly enraged in 2013, after Obama described a chemical attack as a “red line” and then opted not to launch military strikes when Assad used chemical weapons on the town of Ghouta. French military jets were fueled up on the runway, ready to join U.S. strikes, when Obama decided to seek Congressional approval; Congress rejected military action.

This time, Europe seems ready to strike again. In London, British Defense Secretary Michael Fallon said he had “been in close contact with the American government over the last couple of days,” and that U.S. Defense Secretary Gen. James Mattis had told him late Thursday that the U.S. was about to launch cruise missiles against Syria.

French President Hollande and German Chancellor Angela Merkel held an emergency discussion by phone on Friday morning, and then issued a rare joint statement, saying that, as with Britain, U.S. officials had alerted them beforehand about the missile strikes. “Assad bears total responsibility for this development,” said their statement. “His continued resort to chemical weapons and mass crimes cannot in effect go unpunished.”

Despite the chance of fast-rising instability, some also see the potential for the U.S. strikes to finally break an issue that has paralyzed Western leaders for six years: How, or even whether, to push Assad out of power. “This kind of decisiveness could finally lead to Assad getting pushed out. The Russians are not particularly wedded to him, and the Iranians would be open to him getting out,” said Raffaello Pantucci, Director of International Security Studies at the Royal United Services Institute in London, an independent defense think tank, speaking to Fortune on Friday. “This was a very short, sharp reminder that everyone who was thinking we were just going to putter along um’ing and uh’ing as we’ve been doing, is just not the case anymore,” he said.

It is also possible that Assad will launch further chemical attacks, perhaps with the intention of drawing the U.S. further into action—luring Trump ever deeper into a kind of mousetrap. “In order to remain credible and reliable, the U.S. will have to answer any chemical attack in Syria with military action from now on,” wrote Christoph Sydow, a German journalist specializing in the Middle East, in Der Spiegel on Friday. “And these would have to hit the Assad regime harder every time. If the Syrian dictator wants to do so, and Russia allows it, the U.S. would gradually be drawn deeper into the Syrian war—a conflict Trump really wanted to keep out of,” he wrote.

That would also pit Trump against Russia, a major power with whom he has long insisted he wanted a closer relationship. Russia—Assad’s most faithful ally, along with Iran—has hugely bolstered the Syrian regime with air attacks, and by supplying its air force with fighter jets. On Friday Kremlin spokeman Dmitri Peskov called the U.S. strikes “an act of aggression against a sovereign state, in violation of international law.” Russia suspended its agreement with the U.S. that prevented direct conflict with American troops—raising the possibility that Moscow could get involved in backing Syrian forces if the U.S. continues its attacks.

Russia’s strong response was echoed in Iran. The elite Iranian Revolutionary Guard Corps fights alongside Syrian troops on the ground, in what they describe as a combined assault against ISIS. In Tehran Foreign Ministry spokesman Bahram Qasemi said that the country “strongly condemns any such unilateral strikes,” and that it would “complicate the situation in Syria and the region.”

How the next moves unfold in the U.S., Europe, and the Middle East will likely not be as simple as that.