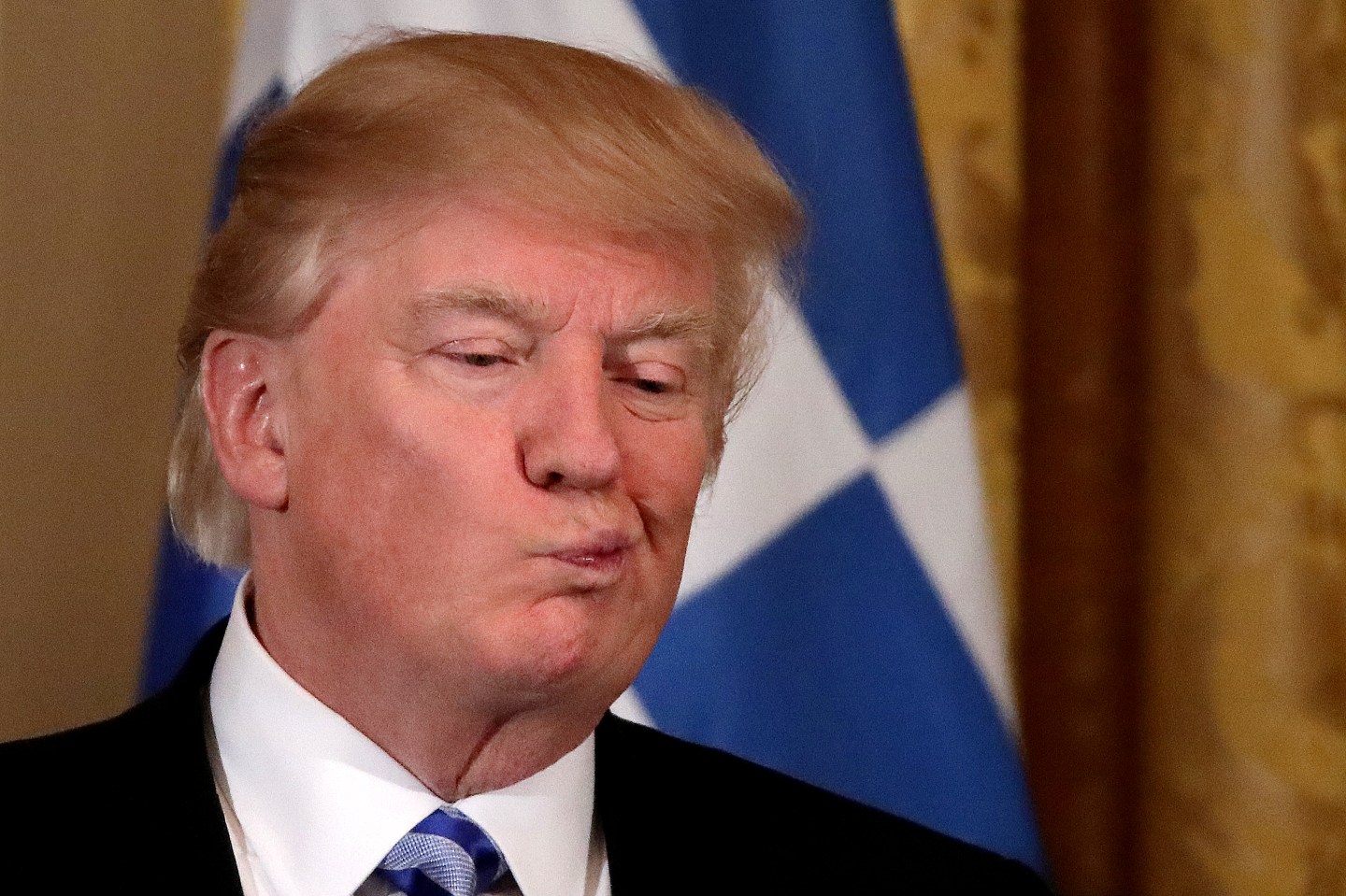 In the wake of the failure of the Republicans’ American Health Care Act (AHCA), rhetoric from the Trump administration that they will let the insurance marketplaces fail, and continued threats from the GOP Congress to repeal and replace the Affordable Care Act (ACA) with a GOP health bill, the GOP continues to create uncertainty for insurers.

This is a very real consequence of the political gamesmanship over health care, raising the possibility that insurers will leave the marketplaces altogether. After all, profits from the marketplaces (for the firms actually earning profits) aren’t all that high, and the potential risk keeps growing. Perhaps this is the GOP’s strategy: Keep bringing up repeal, keep suggesting that ACA will fail, and eventually drive the insurers out of the market.

During this debate, the dynamics in Washington might remind us of a schoolyard of yesteryear, bullies and all, and bring to mind the childhood adage: “Sticks and stones may break my bones, but words will never hurt me.” But that doesn’t apply to politics and business. Politicians’ words, particularly those uttered from the presidential pulpit, carry great weight because they provide signals about future policy.

Consider what happened when, at the last moment, the AHCA was withdrawn from the House floor before a vote. President Trump declared that he was content to sit back and “let Obamacare explode” before revisiting the issue of health care. For the more than 20 million Americans who received health coverage under the ACA, this decision granted a reprieve from their anxious waiting and worrying about their future health insurance coverage. In addition, the stocks of many publicly traded hospitals and health insurers soared. The reason was simple: The ACA was beneficial to these firms and Trump’s statement offered the potential for some regulatory certainty in a market where insurers have faced nothing but changes to the rules of the game.

This relief, however, has been short-lived. Recent statements from Trump and House Republicans have once again snatched away a hope for regulatory certainty—a feature that has long been the hallmark of the U.S. economy. Even if the Republicans’ statements may have been attempts to mollify an irate conservative base, continued discussion about repealing and/or weakening the basic structures of the ACA sends a powerful signal to the private insurance market that will have real and potentially long-lasting consequences.

To understand these consequences, we must first recognize that despite claims to the contrary, as of today, the ACA marketplaces are not failing. There is no immediate need for a repeal and replace to save these markets. Statements to the contrary are an attempt to generate false urgency to push forward poorly thought-out policy. Yes, over the last two years, premiums have increased, but they are not chasing people out of the marketplaces. This could be because the ACA individual mandate is serving its purpose and keeping healthy people in the insurance market. It could also be because the initial premiums came in well below estimates—and perhaps were too low for the value these products created. Regardless of the reason, there simply is little evidence that the marketplaces are collapsing in the way that Trump and many members of the GOP continue to claim.

However, the ACA marketplaces remain a fragile enterprise that could be easily snuffed out by either direct action or political rhetoric. At its most basic level, the ACA relies on the willingness of private insurers to continue to participate by developing and marketing insurance products. As a practical matter, right now, employees at these insurance firms are deciding on the optimal premiums for the 2018 market. Even under normal conditions, this requires predicting today who will show up and how expensive they will be. Think this is easy? Ask the executives at United Healthcare, which has said it expected to lose more than $1 billion on ACA.

This process gets immeasurably harder with increased political uncertainty about the viability of the marketplaces. Insurance executives are painfully aware that even small decisions by regulators can help to destabilize the marketplaces and cause large losses. For example, at the very end of the most recent open-enrollment period, the Trump administration cancelled a series of television commercials and other outreach efforts aimed at increasing enrollment. This decision could only be driven by a desire to sabotage the marketplaces—and preliminary evidence suggests it worked. Enrollment at the end of the open-enrollment window declined, and this is precisely the time when the healthiest and most attractive new enrollees sign up.

Insurers setting their rates for 2017 did so approximately one year earlier, and at that time could never have predicted that ACA marketing and outreach efforts would ultimately be canceled. So how can insurers make decisions for 2018 without certainty about the willingness of the Department of Health and Human Services to enforce a wide variety of regulations? It’s hard to imagine insurers haven’t learned from their recent experiences with regulators.

Trump seems to believe he has the option of sitting back and fiddling while the ACA burns, and that his statements and inaction will not result in him being blamed for a possible ACA failure. While Trump, obviously, did not pass the ACA, as the president, he is now its caretaker. The future of the ACA is ultimately in Trump’s hands, and if he chooses to continue to sow uncertainty or take other active steps to decrease the viability of the insurance marketplaces, he will rightfully be unable to avoid the fallout from the law’s failure.

Craig Garthwaite is associate professor at the Kellogg School of Management at Northwestern University and co-director of Kellogg’s Health Enterprise Management Program. He is on Twitter at @C_Garthwaite.