How Art Helps Us Create a More Inclusive World and Workplace 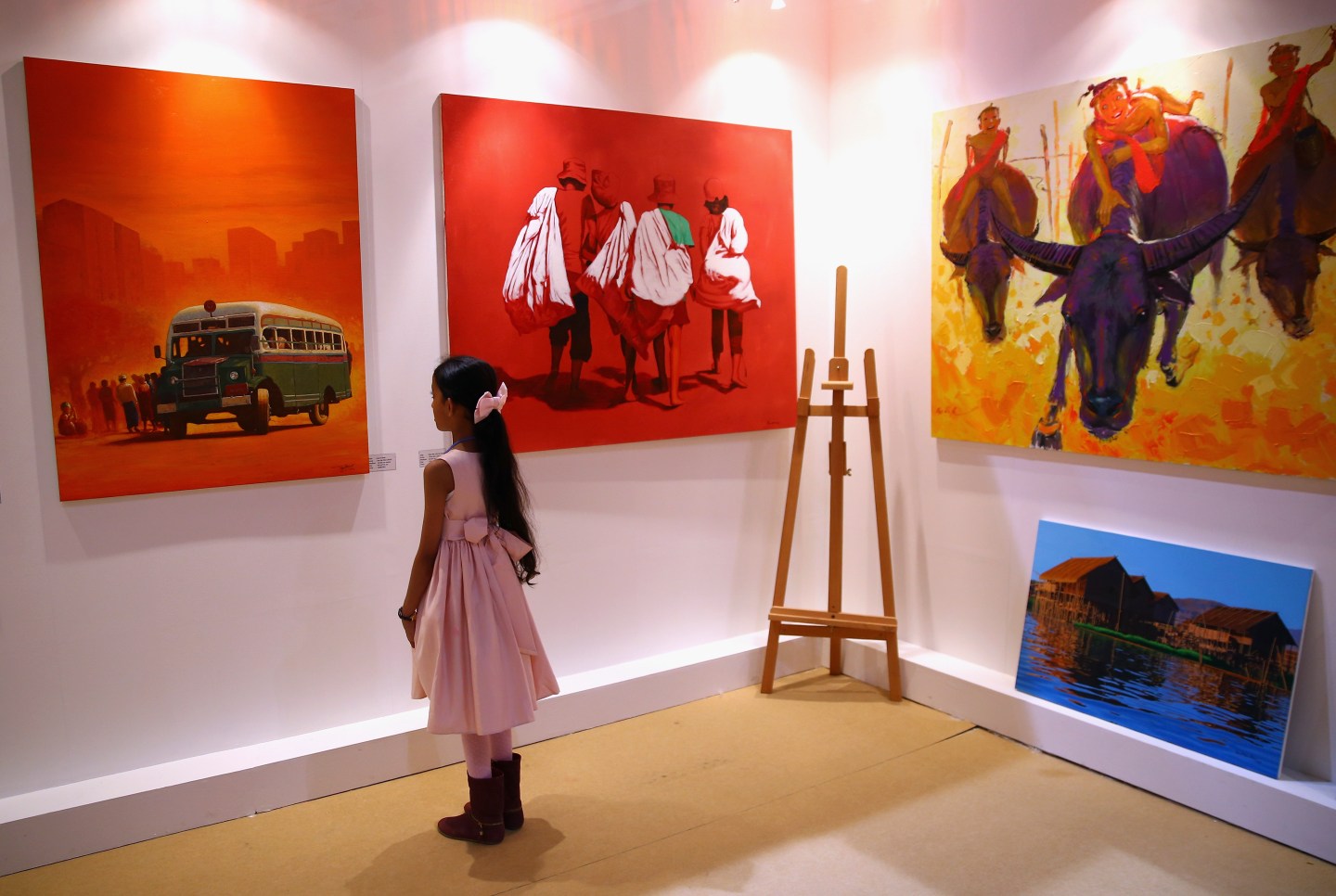 My first official job out of college was as a curator for The Children’s Museum of Rhode Island. Back then, it was a small outfit, nestled in a historic old homestead in Pawtucket. (I had started a couple of galleries on my own by then, the entrepreneurial bug hit me while I was still in college.)

One of the first “big ideas” I had while I was on staff was to commission an exhibit of artwork by kids with AIDS. It was not an easy idea. It was the late 1980s and AIDS was still an automatic death sentence, an invisible grim reaper walking among us. Fear (and homophobia) were ripping the nation apart. By then, some of the most beautiful people I’d ever met had already died of the disease, horribly, often shunned and alone. But kids! What about them? I wanted to make a point.

I enlisted a groundbreaking daycare in Boston that was caring for H.I.V.-positive kids and their siblings during the day. Most of the kids had already lost their parents to the disease and they were living with exhausted grandparents just trying to keep it all together. The daycare was a place they could feel normal for a while, free from judging eyes. A small grant allowed me buy some art supplies, and we set on a theme: My Favorite Things. After I picked up the artwork and started laying out the exhibit, the museum’s executive director, Janice O’Donnell, made a brilliant suggestion. “Hey, let’s not tell anyone which kids have AIDS and which ones don’t,” she said. If our goal was to humanize kids with AIDS, why label them? And sure enough, Janice was right. When families came to see the show, they just saw pictures of puppies and chess sets, basketballs and teddy bears, plates of spaghetti and well-worn sneakers. Kids with AIDS were kids first. We asked visitors to sketch their own favorite things on index cards which we posted. For a brief time, everyone was united in delight rather than separated by a retrovirus.

It was a good, early lesson for me: What (or who) you leave out should always be a conscious choice.

Curation of any kind is an exercise in strategic exclusion. It’s also the nature of business, whether it’s a start-up clinging to an outdated notion of culture fit, or a marketer choosing a spokesperson and tagline, there’s always a winnowing toward a final goal. Questioning our assumptions often makes for a better final product. But under stress and deadlines, we tend to default to our old worldview.

Art has a real role to play in all of this. It’s where we can see other lives and other stories play out, with little at risk except some time and maybe some feels. Unless it changes your mind. It’s why Alvin Ailey mattered back in the day, and why Moonlight, Fresh Off The Boat and Marvel Comics matter now. And by supporting art—through grant-making, underwriting, producing, and ticket-buying—we make a business case that assures that people who have been excluded from making (or seeing) art get the platform they deserve.

There’s also the question of government support. Planned cuts to the NEA budget proposed by the Trump administration would disproportionately impact already marginalized audiences and artists. Though the NEA costs the taxpayers just 46 cents per year (.004 % of the overall budget), they provide arts programming in all 50 states. And, some 40% of NEA-supported activities take place in high-poverty areas, 36 percent of its grants support organizations working with disadvantaged populations and 33 percent serve low-income audiences.

I interviewed Wynton Marsalis for Fortune years ago, and he shared this piece of advice for people who didn’t quite know how they felt about new jazz forms, but it works for all the arts. “You have to bring yourself to it,” he said. “Jazz does not come to you. It’s not there for you. It’s you who must bring something to jazz.” The act of bringing yourself to something new is an act of courage, sure. But in this case, you always get more than you give.

This article was adapted from raceAhead, Fortune’s daily newsletter on race and culture. Sign up here.