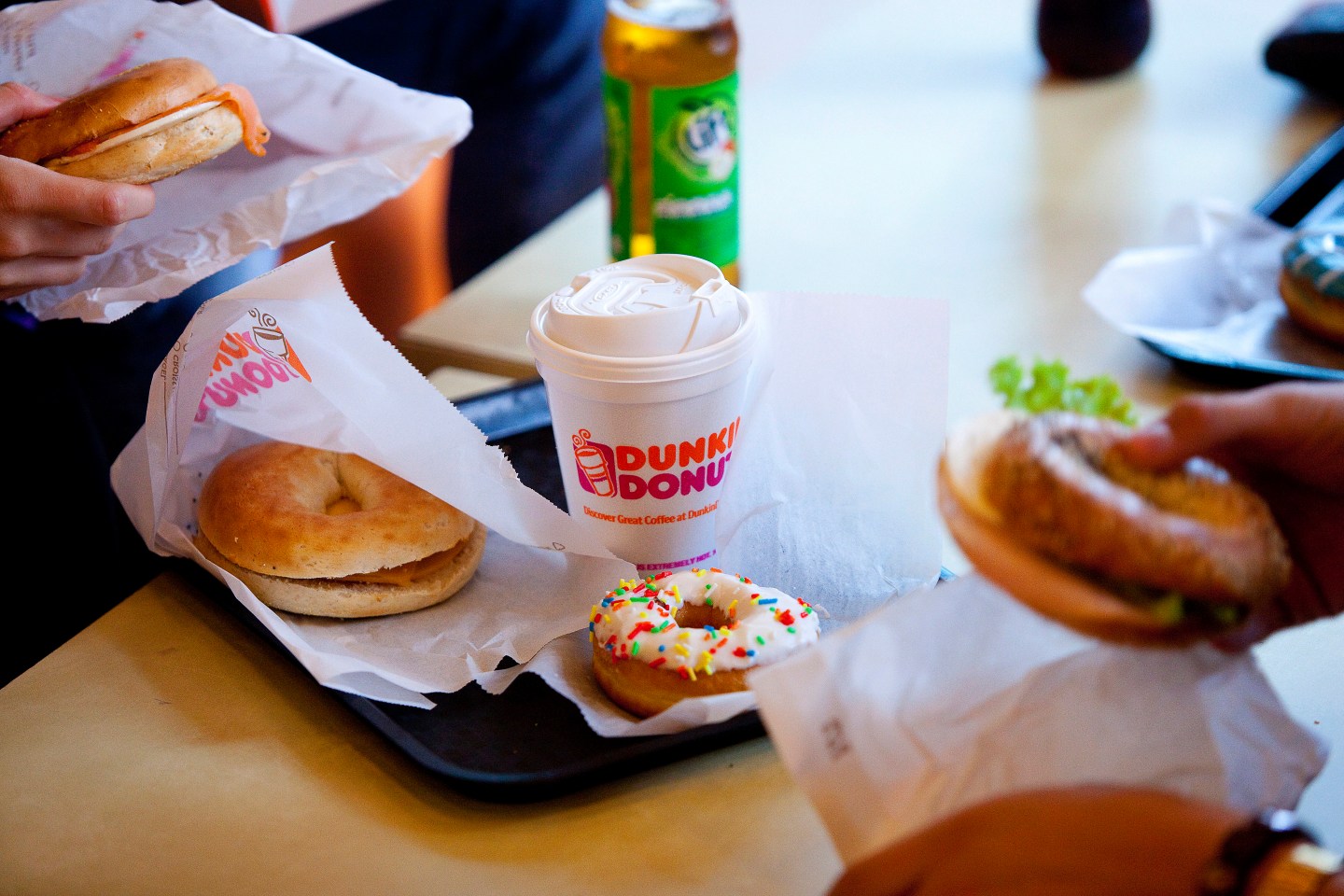 Customers sit at a table with their bagels, doughnuts and drinks inside a Dunkin' Donuts store in Berlin, Germany on Monday, Aug. 19, 2013.
Krisztian Bocsi—Bloomberg/Getty Images

A Massachusetts man has reached a settlement in a legal battle with Dunkin’ Donuts franchises over the bakery’s use of fake butter on his bagels.

Jan Polanik of Worcester, Mass., filed two lawsuits this month accusing more than 20 Dunkin’ Donuts franchises in Massachusetts of putting a butter substitute on his bagels when he ordered real butter, the Boston Globe reported.

“Candidly, it seems like a really minor thing, and we thought twice or three times about whether to bring a lawsuit or not,” Polanik’s attorney, Thomas Shapiro, told the Globe. But Shapiro said the suits are less frivolous than they might seem because the goal is to is to stop companies from selling a product that is different than advertised.

The class-action suits represented any customer who “ordered a baked product, such as a bagel, with butter, but instead received margarine or butter substitute between June 24, 2012, and June 24, 2016,” the Globe reported.

The details of Polanik’s settlement have not yet been made public.