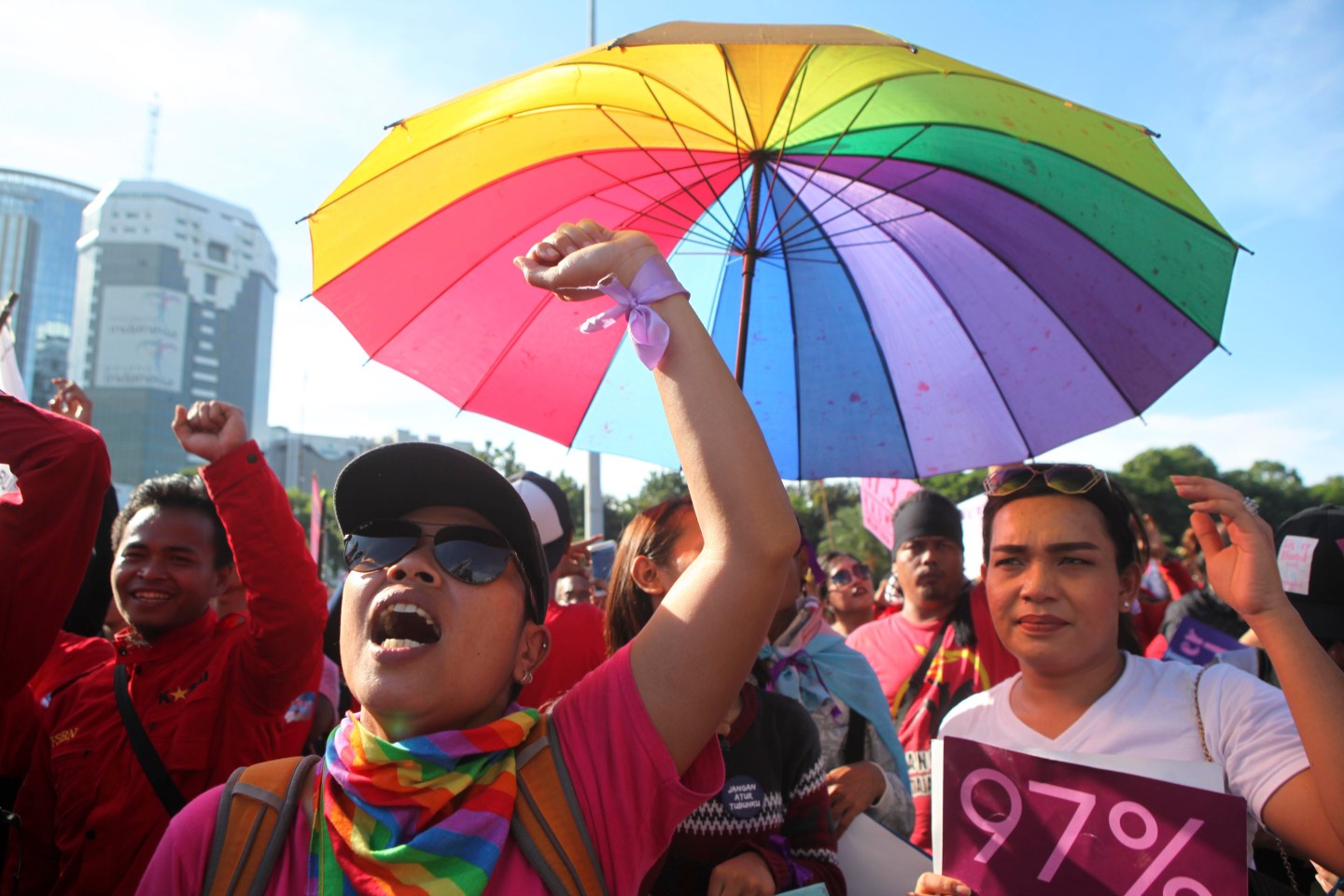 Discrimination against LGBT individuals in Indonesia could be costing the country’s economy up to $12 billion a year, according to a new study.

Researchers from the Williams Institute at UCLA School of Law pinned the potential losses on “forms of exclusion that harm LGBT Indonesians’ well-being and that would reduce their ability to contribute to the Indonesian economy.”

These include barriers to employment, education and health care access as well as having to deal with harassment and the threat of violence.

The increased amount of stress that widespread prejudice puts on LGBT Indonesians hampers their economic productivity, the study’s authors say. “People with skills are not hired at all; people end up in jobs that do not fully use their skills and knowledge; and harassment and discrimination in the workplace are likely to reduce people’s output,” the report reads.

For more about the LGBT community, watch Fortune’s video:

Altogether, the price of this inequality could range from almost $900 million to $12 billion, they calculate, based on an approach earlier developed to tally the cost of LGBT discrimination in India.

Social inclusion, the UCLA scholars conclude, could “improve economic output shared by all Indonesians, as well as realize the economic well-being and human rights of LGBT Indonesians.”